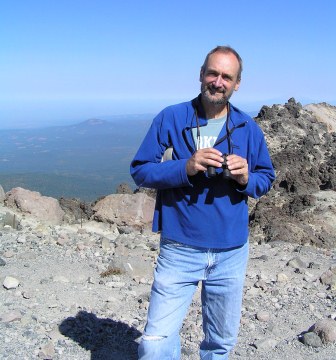 I am a Professor of Ecology and Conservation Biology in the Department of Environmental Science and the co-Director of the Berkeley Institute for Parks, People and Biodiversity.  I also hold appointments in the Museum of Vertebrate Zoology and the Energy and Resources Group on campus.  I held the Leopold Chair in Wildlife Ecology from 2003-13, and served as Chair of the Department of Environmental Science, Policy & Management from 2001-04.

My current research focuses on centers on wildlife responses to global change and species’ extinctions including  (1) long-term response of California birds and mammals to climate and land-use change as part of the Grinnell Resurvey Project, (2) metapopulation biology of secretive rails in California and long-term studies of parrotlets in Venezuela, (3) avian parental care strategies and population dynamics, and (4) ecology of endangered or exploited species.  I have worked throughout the U.S. and internationally (Venezuela, Guyana, Puerto Rico, and Cuba), and with my students and collaborators have published over 200 scientific articles.  I am senior editor of the books Science, Conservation and National Parks (University of Chicago Press, 2017),  Population Viability Analysis (University of Chicago Press, 2002), and New World Parrots in Crisis: Solutions from Conservation Biology (Smithsonian Press, 1992). I teach courses in conservation biology, population viability, and behavioral and population ecology.

I have been recognized as a Fellow of the American Association for the Advancement of Science, the Ecological Society of America (ESA), the Wissenschaftskolleg zu Berlin, and the American Ornithological Society (AOS), where I served as President.  In 2010 I received the William Brewster Award from the AOS for publication of the most meritorious body of work on birds of the Western Hemisphere over the past decade.  I have served on the Board of Governors of the Society for Conservation Biology, National Academy of Sciences Committee for the Restoration of the Everglades, Board of Directors of the National Audubon Society, Marbled Murrelet Recovery Team, U.S. National Committee to the International Union of Biological Sciences, and U.S. National Committee of Diversitas.  I have served on the editorial boards of Conservation Biology, Ecology, Ecology Letters, Studies in Avian Biology, and Climate Change Responses.

I earned a B.S. and M.S. in Zoology at Miami University, and a Ph.D. in Natural Resource Ecology at the University of Michigan. I joined the faculty at Berkeley after spending eight years as a professor at Yale University and two years as an NSF Postdoctoral fellow at the Smithsonian Institution’s National Zoo.