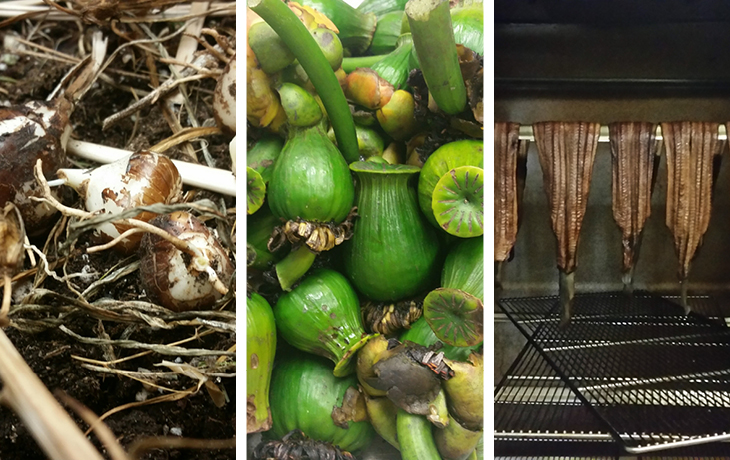 “We know our efforts to revitalize and care for our food system through traditional land management are critical to the physical and cultural survival of the humans who are part of it,” said Leaf Hillman, director of the Karuk Tribe’s Department of Natural Resources. “This study will support our ability to bring that message to the decision makers who need to hear it.”

Study results indicate that increased access to native foods and support for cultural institutions including traditional knowledge and food sharing are key to solutions for food insecurity in Native American communities. “How food security is framed, and by whom, shapes the interventions or solutions that are proposed,” said Jennifer Sowerwine, a UC Berkeley assistant Cooperative Extension specialist. “Our research suggests that current measures of and solutions to food insecurity in the United States need to be more culturally relevant to effectively assess and address chronic food insecurity in Native American communities.”

In response, the group—including Sowerwine, Karuk Tribe member Lisa Hillman, UC Berkeley postdoctoral fellows Megan Mucioki and Dan Sarna-Wojcicki, and additional research partners from the Yurok, Karuk, and Klamath Tribes—adapted the USDA Food Security Assessment Toolkit to focus on Native American communities and food systems in the Klamath River Basin. Their comprehensive assessment of the effects of that adaptation, conducted from 2014-2018, included 711 surveys completed by Native American households from the Karuk, Yurok, Hoopa and Klamath Tribes, 115 interviews with cultural practitioners and food system stakeholders, and 20 focus groups with tribal members or descendants.

Research results found that in spite of countless barriers, Native American tribes in the Klamath Basin—a region spanning four tribes’ ancestral territories, multiple counties and two states—seasonally harvest, consume, and store a diversity of aquatic and terrestrial native foods including salmon, acorns, and deer. Yet significant barriers such as restrictive laws and habitat degradation limit  availability and quality of these foods.

“Partnering with tribal community members in the research makes the research stronger, and that is especially true in this unique food security assessment,” said Sowerwine. “With the study design grounded in nearly a decade of relationship-building and respectful engagement with our tribal partners, we are confident that our results reflect their priority questions and concerns while contributing valuable new information to the field of indigenous food systems.”

This research was conducted as part of a $4 million, five-year Tribal Food Security Project funded by USDA-National Institute of Food and Agriculture-Agriculture and Food Research Initiative Food Security Grant #2012-68004-20018. For full results and recommendations from the project team, visit the Karuk-UC Berkeley Collaborative’s website.