I’m considering removal of bay with ramorum blight, but I have symptomatic and asymptomatic tanoak on my property. Will bay elimination protect my oaks and tanoaks?

How is fire beneficial?

Are there any P. ramorum-resistant coast live oaks or tanoaks commercially available? 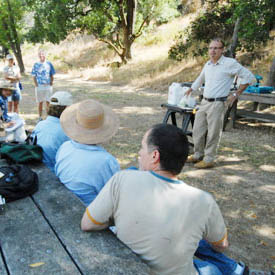