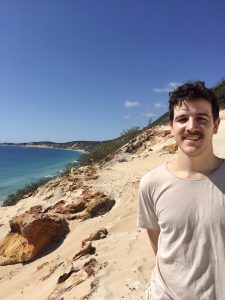 I am a postdoctoral scholar currently researching the application of large-scale land amendment strategies in Californian rangelands to reduce soil greenhouse gas emissions and increase soil carbon sequestration. This includes compost, basaltic ground rock and biochar amendments at trial sites in the Sierra Foothills Research & Extension Center. This project forms a part of the Working Lands Innovation Center, funded by the Strategic Growth Council, which seeks to provide the State of California with proof-of-concept strategies to mitigate climate change while improving soil health and agricultural sustainability.

Prior to this postdoc, my research background spans both natural and agricultural ecosystems in the context of time-based soil series. This involved measurements of soil carbon and nitrogen stocks across land use change and understanding fundamental drivers of soil carbon stability along natural soil chronosequences with tools such as radiocarbon, geochemistry, microbiology and biochemistry.

Between my undergraduate and postgraduate studies, I worked as a soil scientist in the Queensland Department of Science and Environment, Australia. In my role here, I observed significant gains in soil carbon and nitrogen stocks after the conversion from long-term cropping to permanent grassland grazing in the southern Queensland area as part of the National Soil Carbon Research Program. I was also involved with an Action on the Ground project in remote areas of northern Queensland which sought to trial management strategies to rehabilitate degraded arid land with improved soil water infiltration rates and increase soil carbon.

For my PhD, I returned to the University of Queensland, Australia, to extend my soil carbon focus to soil microorganisms, biochemistry, deep subsoil carbon and the fundamental principles that may assist novel farming approaches aimed at reducing nutrient loss and maximizing carbon sequestration into soil. I explored these principles on time-based processes along giant podzols of the Cooloola sand dune chronosequence, which spans natural gradients of soil formation and plant succession. This research has expanded knowledge of the role of organic matter “recalcitrance” in sandy soils and tracing the source of stabilised deep subsoil carbon.