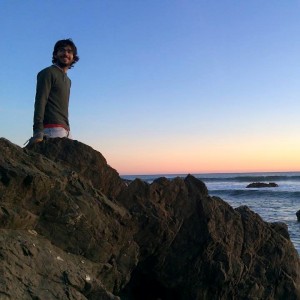 A little bit about myself:

Born and raised in Puerto Rico, a Caribbean island that serves as a natural experiment as a result of its diversity of climates, soils, flora, and land-uses, I developed a strong interest in understanding how ecosystems develop and interact with the dynamic natural and human environment they are part of. By becoming involved in different ecology research projects as an undergraduate, while pursuing my BS in Integrative Biology at the University of Puerto Rico-Río Piedras, I discovered the fields of ecosystem ecology and biogeochemistry were the ideal fit for me to pursue in graduate school. After finishing my BS in 2012, I developed a research project I had begun as an undergraduate into my MS thesis, where I characterized the diel and seasonal variation of soil respiration in a novel tropical forest in the karst region of Puerto Rico, working alongside International Institute of Tropical Forestry scientists, Ariel E. Lugo and Tana E. Wood. Subsequently, I decided to pursue my PhD at UC Berkeley in the Silver Lab, where I will address questions regarding the carbon and nutrient cycling dynamics that govern the productivity and C sequestration potential of wet tropical forests, which are currently facing unprecedented climatic and land-use changes with yet unknown consequences we seek to elucidate.

Academically, I’m interested in understanding how tropical forests function, and thus my research focuses on aspects of ecosystem ecology and biogeochemistry, soil carbon and nutrient cycling, the soil-plant-atmosphere continuum, and plant-microbe interactions in the rhizosphere, as well as their systemic responses to ongoing and future climatic and anthropogenic changes. More personally, I’m a devoted soccer fan (of River Plate and Argentina!), I enjoy playing the electric bass, and am deeply interested in social, cultural, political, and economic developments in Puerto Rico and around the world.

I’m currently working on a first-year project with soils from the Canopy Trimming Experiment in the Luquillo Experimental Forest (in Puerto Rico), looking at several biogeochemical controls on soil C dynamics across a 1-meter depth profile. Some of the analyses I have already conducted include pH, moisture, several iron extractions, and a modified Hedley fractionation for phosphorus; in the Fall 2015 I will separate soil C fractions and aged them using radiocarbon measurements in order to better understand the fate of C in soils and how it varies with depth in a wet tropical forest. Concurrently, I will be developing my dissertation proposal, which I will conduct at the same forest in Puerto Rico.