A study investigates the promise and peril of newborn genomic sequencing

Like many other parents, Steven Brenner decorates his Koshland Hall office with colorful drawings in a child’s hand. On his desk, propped up alongside the phalanx of computers, are sunflowers, a bird, and a paper plate transformed into an orange pumpkin with crooked eyes. And as with other parents, too, a key moment from Brenner’s children’s births is seared into his brain. “It’s definitely very traumatic to have someone come and poke holes in the little baby’s foot,” he recalls, grimacing.

Brenner, a professor in the Department of Plant and Microbial Biology, heads up the computational genomics portion of a five-year research program that may deeply influence how states use that heel prick, the first step in newborn screening. While a baby may appear healthy, a hidden metabolic disorder may quickly rob her of her vigor. Most state public health departments check the infant’s blood after the first day of life to see if something is dangerously wrong. However, as genome sequencing becomes faster and cheaper, the push is on to unravel a baby’s entire DNA code instead. 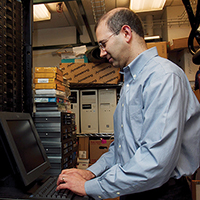 “Can we do this? What are the limitations and capabilities?”
– Steven Brenner

Proponents of complete sequencing at birth speak of the dawn of “precision medicine,” a time when doctors will be able to go directly to the genome to predict and address a person’s health needs. One day, they envision, information about a person’s DNA could be merged with her health record, and perhaps even details about environmental exposures as life unfolds. Diagnoses and treatment plans, they propose, might become more a calculation than an art. And when doctors write up prescriptions at any stage of life, they could be guided by knowledge of gene variants that influence drug response.

Brenner and his collaborators from UC Berkeley, UC San Francisco, and several other Bay Area institutions advise caution. They are testing whether analyzing the exome, which includes the portions of genes that are transcribed into proteins, could offer useful medical information more efficiently than the current biochemical screens. “Can we do this? What are the limitations and capabilities?” Brenner asks. Of equal importance, they want to address critical ethical and legal issues that may arise should states require the collection of such personal and powerful data.

Infancy until now has been mostly a protected space, with screening limited to conditions in which doctors can quickly intervene to save a life. Proposals for new tests tend to be contentious. “We tried to not start from the idea that whole genome analysis is the best thing since sliced bread,” explains Barbara Koenig, co-director of UCSF’s Translational Genomics and Ethics Center and a graduate of the joint UCSF-UC Berkeley medical anthropology PhD program. She is one of three principal investigators and leads the ethics arm of the study. “The history of newborn screening is such that there is a real tension between meeting public health goals and using new technologies that push for more and more analysis.” [The author participated in two collaborative symposia on genomics issues led by Koenig at Stanford University, one of which resulted in Revisiting Race in a Genomic Age, a book co-edited by Koenig.] 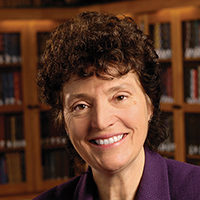 The first newborn screening tests were widely considered a public health breakthrough. The steady increase in disorders targeted over the years, however, has raised concerns about unintended consequences. A debate in the medical and scientific literature describes the concerns: After a positive test, both diagnosis and appropriate treatment can be uncertain. Follow-up care, central to ensuring benefit to patients, is not always available. People with the relevant markers for a disease—whether biochemical or genetic—might not ever show the symptoms. They become “patients-in-waiting,” entangled uncertainly with the medical system, learning to live with caution and foreboding.

The UC Berkeley–UCSF study is one of four research programs around the country funded by the National Institutes of Health to explore the expansion of infant screening to whole genome, or exome, sequencing. The Bay Area team is taking a conservative approach by limiting itself mainly to a direct comparison with current methods used by the California Department of Public Health, plus two case examples.

Brenner’s group is responsible for building the technical foundation—the computational tools—needed to analyze the exome for the 25 metabolic disorders that are now a part of California’s newborn screening program, the largest in the United States. To begin, they plan to unravel the DNA captured within dried blood spots from about 1,500 infants who were already tested by the state.

From all this material and multiple DNA databases that serve as a reference tool, Brenner’s group aims to sort out the gene variants involved in the 25 disorders and assess what roles they play. First, they will look closely within 40 target genes already known to be involved. Then they expect to fold in 200 new ones that their collaborators have found to modify or interact with the targets, possibly influencing the severity of a disease.

Proponents speak of the dawn of “precision medicine,” a time when doctors will be able to go directly to the genome to address a person’s health needs.

Do specific changes sometimes or always cause problems? Can they be used to predict severity? Which ones are just normal substitutions? “Basically we’re trying to learn the features of mutations that tend to cause disease. And then when we find a new genetic variant, does it have those same features?” Brenner explains.

Reading out the sequence is a complex process, let alone describing all the relevant variants in each gene and what they mean, stresses Robert Nussbaum, chief of genomic medicine at UCSF Medical Center, who oversees all three parts of the complex study. Once that step is complete, researchers will compare their exome analysis to the results that were already captured for the sample newborn population through biochemical screens. Are both equally accurate, comprehensive, and inexpensive?

The team also plans to test sequencing results against clinical follow-up data linked to each genome, with individuals’ names removed. Following the initial assessment, the team can refine its methods using details such as each child’s record of height, weight, intellectual ability, and the number of times he was in the emergency room or hospitalized.

Brenner is skeptical. “I think sequencing will, initially, not be nearly as effective,” he says. “The current approach that’s in place has been honed for a very long time, so they’ve really optimized it.” More importantly, biochemical screening looks for the actual symptoms of a disorder, while genetic analysis may pick up suspicious variants never to be expressed. Eventually, however, Brenner suggests, as genome analysis advances, it will probably best the biochemical route.

As a case study of conditions that current screening does not detect, the team will work with blood spots from 50 children receiving care at the UCSF Immunology Clinic for rare, often fatal immune deficiency disorders. These children might have late-onset severe combined immunodeficiency (SCID) or a condition like it. Because they are born without key immune system cells, they are highly susceptible to dangerous infections. The group will search for genetic markers that may work better than current SCID screens to identify these conditions at birth.

The Ethics of Information

Even if whole genome analysis is more precise, it may suffer from the same lack of standardization and other weaknesses that trouble current screening practices. For example, in an editorial in the August 2014 JAMA, Neil A. Holtzman points out that before all states adopt SCID screening, it will be important to make sure that children who test positive can be referred to physicians with the expertise to confirm the condition, and also that the appropriate therapy is clear.

As whole genome analysis develops, the temptation to expand testing beyond urgent needs in infancy will grow. “If you have the entire genome sequence, you can very readily, for low marginal cost, test for lots of other things. And that’s where it becomes more of an ethical question,” Brenner says. “Should we revisit the scope of newborn screening and look for other things as well?”

Koenig’s ethics team plans to conduct focus groups to see how expecting mothers feel about learning extra findings from whole exome analysis. They’ll test the same questions with the immunology clinic parents, asking specifically if they wish to find out about nine gene variants known to be involved in drug metabolism. Doctors may be able to use this information throughout the child’s life in deciding which drugs to use and at what dose.

The American College of Medical Genetics recently proposed that as part of sequencing for any purpose, laboratories should always search for dangerous alterations in 57 genes that ought to prompt medical attention. The Bay Area research program has set its scope more narrowly on genes involved in drug response because of the special circumstances of newborns. “We’re not going to go rummaging through the genome to see what we find,” Brenner says. But the truth is, even if technicians put on blinders to focus attention only on target areas of the genome, they may run across unexpected discoveries that are possibly quite important to people’s lives. “You might stumble across them, and do you have to look?” probes Koenig.

The focus groups and other pieces of the ethics research will help support a larger discussion by an advisory board of historians, sociologists, clinicians, ethicists, and other experts pointed toward policy recommendations about expanded newborn screening based on sequencing.

Whole genome sequencing as part of newborn screening raises special questions because, in most states, the process is nearly always mandatory, points out Ellen Wright Clayton, who directs the Center for Biomedical Ethics and Society at Vanderbilt University. Neither the parent nor, of course, the child has a chance to object. As a result, should the criteria for going forward be more stringent? The genome contains a wealth of information, far more than today’s targeted biochemical tests deliver. And because the DNA is a record of inherited traits, biological parents would learn about not just their child’s health but also their own. They could learn about conditions that might affect both themselves and their children that do not show up until later in life. Finally, knowledge about the activity and the influence of the genome is still unfolding. A reading of it is certain to deliver news of multiple variants with unclear ramifications.

Program leader Nussbaum isn’t very enthusiastic about rolling out the technology just yet. “First, we can’t actually interpret most variants. We’re going to be finding stuff that we don’t know what to do with,” he says. “Second, we are going to find stuff we know what do to with, but it’s not going to affect children; it’s going to affect adults,” he adds, referring to variants that may reveal unwanted details about a parent, or about a child’s potential future health issue.

A professor of both law and pediatrics, Clayton is a member of the research program’s policy advisory panel, and says the UC Berkeley–UCSF work will clarify urgent issues.

“The big question is always, just because you can do it, doesn’t mean you should,” says Clayton. “I think this is going to provide some interesting insight.”