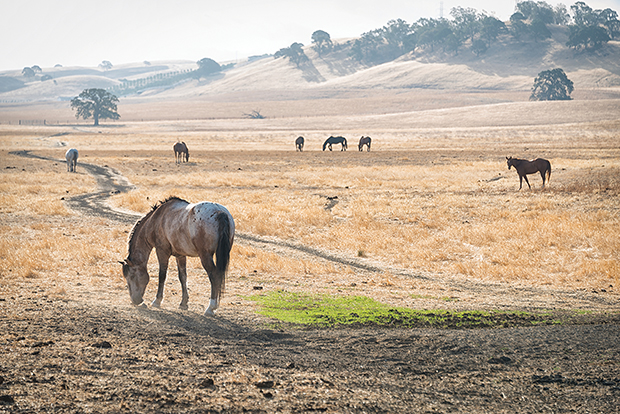 A Grand Gesture from a California Original

For nine years in a row, John Gross met his UC Berkeley liaison Kevin Crilly for lunch at the same Sherman Oaks restaurant near Gross’s home just north of Los Angeles. For nine years in a row, Gross ordered ratatouille and a glass of Cabernet Sauvignon. He always arrived wearing work clothes and driving a beat-up pickup truck, until, at around age 90, he became the proud owner of a new Mini Cooper, which, he insisted, had a mind of its own. “The thing goes too damn fast,” he told Crilly, who hand-delivered Gross an annual trust report. “I get in the car and it goes 85 miles an hour!”

With his down-to-earth habits and rugged-westerner exterior, Gross wasn’t flashy about his wealth or his generosity. Yet his gifts to the University made him the biggest individual donor in the history of College of Natural Resources. Starting with a modest annual gift of $100 in 1995, Gross created a charitable remainder unitrust in 2002, and his giving culminated in a suite of outright gifts, a bequest, and an additional charitable remainder unitrust that together totaled more than $15 million. The only comparable gift to CNR from an individual is banker A. P. Giannini’s donation to the College of Agriculture, adjusted for inflation, said Crilly, Berkeley’s executive director of gift planning.

“A ‘character’ is a great way to explain John,” said Crilly. Gross was a forestry major but made his career as a builder and developer and bred horses on his ranch, which he raced throughout the state.

He was an avid reader and fiercely independent thinker. Friends describe him as a political moderate who cared deeply about a just and civil society. He supported a woman’s right to choose, cared about public education and the public’s role in policymaking, and hated big conglomerates, concerned that antitrust law had become diluted.

"As he considered his legacy, he looked at the impact of the College and decided it felt like home."

He enjoyed long talks with J. Keith Gilless, CNR’s dean and a professor of forest economics. “He was a builder from the start,” Gilless said, recalling that at forestry camp—the eight-week field course attended by all forestry majors and minors—Gross spent his spare time building an outhouse.

Still, he remained engaged in the wide-ranging politics of California and nature—concerned with the environment, forestry, fire, earthquakes, and invasive elements like sudden oak death altering landscapes that meant a lot to him.

“The oak savannahs of California were one of the places that he had a deep affinity for,” Gilless said. “Where we put his money went beyond the campus, and I know he liked that,” added Gilless, referring to Cooperative Extension research in Humboldt County that sought ways to control sudden oak death outbreaks in remote areas, especially landscapes with broad public value, like parks. 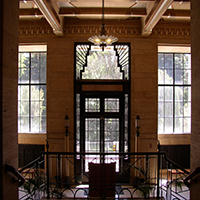 As a developer, Gross was interested in how the public should be engaged in the process of issues like fire management in newly developed areas—how equitable policy should be made around building standards, zoning standards, and insurance risk regulation. “How do you make rational decisions on that? Who has a stake in how people, structures, and the environment intersect? He believed the general population, not just the elite, should have informed opinions,” Gilless said.

Gross backed this perspective with strong support for public education.

“John felt the value of public universities to the state was enormous—in scientific research, job creation, innovation, technology, business, and health,” said Kathryn Moriarty Baldwin, CNR’s assistant dean of development and public information, who worked with Gross through his 14 years as a donor. “He believed that the citizens of California got more from the University than they gave, and that UC was something rare and wonderful that was worthy of investment. He was a joy to work with, and giving gave him great pleasure.”

Despite his wide-ranging interests and generosity to multiple campus units, including creating an endowed political science chair in the College of Letters and Science, Gross’s experience as a forester remained a seminal part of his life. “When he got near the end, as he considered his legacy, he looked at the impact of the College’s work and decided it felt like home,” Crilly said.

“The scope of what the College does resonated with him—a systems approach to dealing with the natural environment, including people as part of that system,” Gilless said.

John Gross died on August 25, 2013, at the age of 93. With the endowment given to the College as a whole and not restricted to any one area, Gross’s legacy is far-reaching, giving CNR’s dean discretion to spend money where and when it’s needed the most.

“The environment and society are rapidly evolving,” Gilless said. “This extraordinary gift gives CNR the ability to be highly responsive to change. I can support research to find the answers to the questions we have right now, but none of us can say what the questions will be 100 years from now. Well managed, this endowment will help CNR address the most compelling questions of the day for generations to come.”

Inspired by John Gross's story? Give to CNR now.