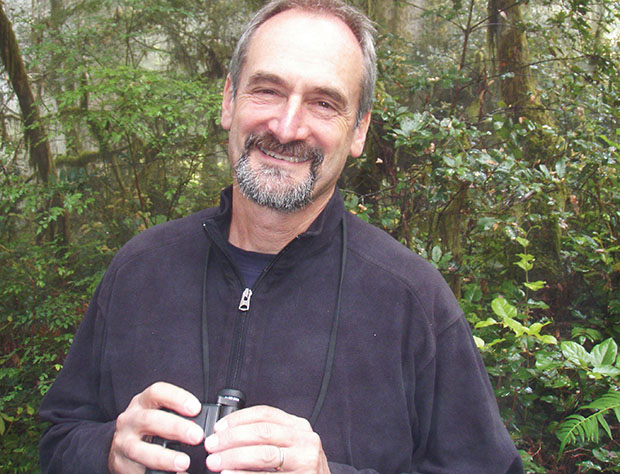 Q&A: The Next Century of “America’s
Best Idea”

In March of 2015, UC Berkeley, in partnership with the National Park Service and the National Geographic Society, will host the summit “Science for Parks, Parks for Science: The Next Century.” Steven Beissinger, professor of environmental science, policy, and management, chairs the summit steering committee.

Why is UC Berkeley involved with the National Parks centennial?

The establishment of the National Park Service (NPS) was catalyzed by a conference at Berkeley in March 1915, led by alumni Stephen T. Mather (1887) and Horace Albright (1912). They rallied influential leaders, such as Gilbert Grosvenor, the editor of the National Geographic Society magazine. Together with a dozen companions, they hiked 200 miles through the Sierras later that summer, in what has been called the Mather Mountain Party, as part of a campaign to establish the NPS. The effort came to fruition in 1916. The first cohorts of NPS biologists were trained at Berkeley by professors Joseph Grinnell and Joseph Le Conte, who led early research on Yosemite’s natural history. They and their successors went on to connect generations of students with the parks.

How do science and parks work together?

Since the late 1860s, when Yosemite was set aside as parkland and UC Berkeley was established as the cornerstone of the University of California, Cal has functioned as a research partner of the national and state park systems. Currently, more than 50 faculty and graduate students from all over campus conduct research in and for parks, from disciplines as varied as biology, engineering, history, architecture, mathematics, ethnic studies, and information science. Some projects use parks as control areas, such as the Grinnell resurvey work I lead to quantify the effects of a century of climate and land-use change on birds and mammals (see Tiny Survivor, page 3). Other projects are focused on producing science for managing parks, such as fire ecology professor Scott Stephens’s work on fire management.

What are the priorities in the next century?

Today’s parks are part of a rapidly changing world, with a changing climate, invasive species and exotic diseases, ocean acidification, and shifting fire and disturbance regimes affecting their resources. Our culture and society are changing. As a result, people engage with, or disengage from, parks differently than in the past. New knowledge from natural, physical, and social sciences is required to meet these challenges.

What is UC Berkeley’s role in the Next 100 Years initiative?

I am leading the two-and-a-half day summit, “Parks for Science, Science for Parks: The Next Century” (March 25–27, on campus and open to the public), which seeks to make an impact on the future stewardship of the parks by focusing on scientific research, including work on the relevance of parks to all of America’s constituencies. Twenty leading scholars and activists working on park-related issues will speak, led by the renowned biologist E. O. Wilson. In 2016, a group will retrace the footsteps of the Mather Mountain Party through the Sierra Nevada. We are working on assembling a team from science, government, education, and communities—all the stakeholders that we have or want to bring in. Finally, the spring 2015 Albright lecture on Thursday, March 26, will be devoted to the topic, with Secretary of Interior Sally Jewel and UC President Janet Napolitano discussing the intersection of public lands and public education.

For more information, go to parksnext100.berkeley.edu.