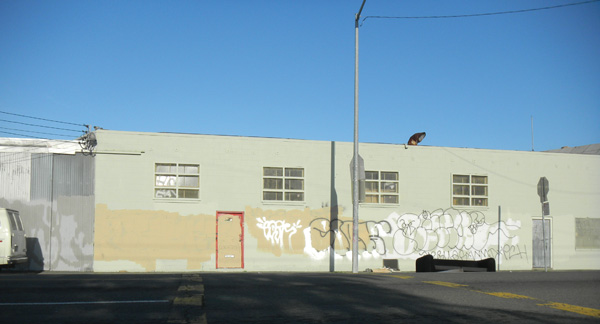 Communities of Color Are Feeling the Heat 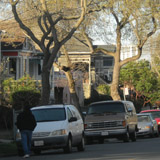 Extreme weather events such as the Midwestern drought and superstorms Sandy and Katrina have brought climate change home to many people across the United States. But some people are feeling the effects more than others.

Residents of minority and low-income communities, researchers say, are on the front lines of predicted climate change impacts; they are more likely to be exposed to health risks from increases in extreme heat events, air pollution, and infectious diseases, and are more vulnerable to the likely economic costs, such as job losses and increases in property damage.

Some of these communities are already feeling the heat — literally, in the case of urban “heat islands.” These neighborhoods are significantly warmer than surrounding areas because they have a preponderance of heat-absorbing pavement and few trees to provide shade. Urban heat islands already have disproportionately higher temperatures than other areas and are predicted to get even worse with climate change. In a study published in July, 2013 in Environmental Health Perspectives, researchers from UC Berkeley’s Department of Environmental Science, Policy, and Management (ESPM), School of Public Health, and the Energy and Resources Group conducted the first assessment of urban land cover characteristics in communities of different racial and ethnic groups in metropolitan regions across the United States, and found that heat islands tend to be concentrated in densely populated urban communities that are highly segregated by race.

African Americans, the study concluded, are 50 percent more likely than whites to live in areas with no tree canopy and where at least half the land is covered by heat-absorbing pavement and roofs; Asians are one-third more likely to live in these areas, and Hispanics 37 percent more likely. The study investigated a range of factors that might contribute to this disparity, including which regions minorities tend to live in, income, and levels of home ownership, but found that racial segregation was key.

“Where people live has a lot more to do with their race than how much money they make,” said Bill Jesdale, the study’s lead author and a researcher in ESPM. And within cities, “segregation sorts minorities into densely populated neighborhoods, which have more heat-prone land characteristics.”

“We expected to see equity issues in terms of heat islands, but I didn’t expect the disparity to be quite so robust,” said Rachel Morello-Frosch, B.A. ’88, MPH ’93, Ph.D. ’97, a professor in ESPM and the School of Public Health and a co-author of the study, who has encountered similar data in her research in California. “It was surprising to see a consistent pattern of racial disparity persist when we looked across different regions.”

Low-income and minority communities are disproportionately exposed to environmental hazards like air pollution and contaminated drinking water, because they are more likely to be clustered in areas close to polluting industries, freeways that expose them to tailpipe emissions, and other sources of environmental toxins.

Morello-Frosch, an environmental health scientist and epidemiologist, studies public health issues related to this environmental inequity — often termed “environmental justice” — and for the last 13 years her lab has collaborated with colleagues from the University of Southern California and Occidental College to study these issues across California. Looking at climate change in this context was a logical extension of their work.

In 2008, Morello-Frosch and her colleagues were commissioned by the California Energy Commission and the California Air Resources Board (CARB) to write a report on the expected effects of climate change on disadvantaged communities. The agencies were in the process of implementing the state’s Global Warming Solution Act of 2006, AB 32, and wanted to know which communities were likely to be most vulnerable to climate change impacts and why, as well as how different policies to reduce greenhouse gases (GHGs) might affect them.

The report, published by the agencies in 2009 and later in several peer-reviewed journals, “was the first review of the intersection between climate change mitigation, public health, and socioeconomic inequity in California, and to my knowledge it was the first in the nation,” said lead author Seth B. Shonkoff, MPH ’08, Ph.D. ’12, ESPM, executive director of Physicians, Scientists, and Engineers for Healthy Energy and a researcher in ESPM. In it the authors coined the term “the climate gap” to describe disparities in the effects of climate change on various social and racial or ethnic groups. 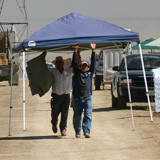 The researchers surveyed sources ranging from public health literature to socioeconomic and demographic data, and found that not only were low-income people of color more likely to live in heat islands, but also were more likely to have existing health problems that would be exacerbated by increased temperatures, and less likely to have air conditioning or cars to help them escape the heat. Heat-related illness and deaths among Hispanic farmworkers, who already suffer disproportionately from heat exposure, are likely to rise.

Higher temperatures are also likely to cause increases in tropospheric ozone, which exacerbates asthma and other respiratory ailments and has been associated with increased mortality. California already has some of the worst ozone pollution in the country, Shonkoff said, especially in the Central Valley — which also has some of the state’s highest concentrations of low-income people of color. “The fear is that, as the climate changes, air pollution burdens will continue to rise because of the increased amount of heat that’s being put into the system,” Shonkoff said. “The places where ozone is already the worst will get even worse.”

The study found similar correlations in the data on the economic effects of climate change. Poor people are less likely to have insurance to cover losses from climate-related natural disasters such as hurricanes. Job losses due to climate change are expected to hit most heavily in the agriculture and tourism sectors, both of which employ a disproportionate number of low-income people of color. And the cost of basic necessities like electricity, water, and food — which low-income families already spend a larger proportion of their income on — is “expected to increase as a result of climate change,” the report says.

A second report, called “Minding the Climate Gap,” published by Morello-Frosch and her Southern California colleagues in 2010, focused on facilities around the state that emit the most GHGs: power plants, petroleum refineries, and cement kilns. GHGs are typically co-emitted with pollutants like particulate matter, volatile organic compounds, sulfur dioxide, and benzene, all of which are health hazards.

If California’s cap-and-trade program requires ... top emitters to reduce their GHG and co-pollutant emissions, the air quality in the disadvantaged communities around them will be significantly improved.

Using mapping and analyses of demographic data, they identified the populations that are most exposed to those facilities’ emissions. They also calculated the extent to which each facility’s emissions disproportionately affect minority populations.

They found that the people living closest to major emitters tend to be minorities. Overall, the report concludes, “people of color experience over 70 percent more particulate matter emissions within two and a half miles from the facilities listed as major GHG emitters as non-Hispanic whites, and the disparity is particularly sharp for African Americans.”

Moreover, the authors found that just a few facilities surrounded by densely populated communities — for example, the petroleum refineries in Torrance and Richmond, Calif. — were responsible for the “vast majority” of the combined impacts of all the facilities on the list. If the cap-and-trade program developed under California’s global warming law requires these top emitters to reduce their GHG and co-pollutant emissions, the air quality in the disadvantaged communities around them will be significantly improved.

It’s not yet clear exactly how — or where — emissions reductions will be achieved under California’s cap-and-trade program, but once the program is in place, Morello-Frosch said, it will be important for researchers to track how it plays out in these already heavily polluted areas.

One of the biggest takeaways from the first two climate gap studies, Shonkoff said, is that “by mitigating climate change we can also address some of our biggest environmental public health concerns, which makes for a situation in which we’re killing two birds with one stone — maybe even three birds. We can work on air pollution, on socioeconomic equity, and at the same time be addressing climate change.” 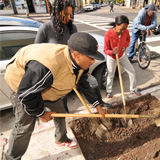 A third study in the group’s climate gap series, published in October 2012, analyzes the work of 18 organizations based in communities that are “Facing the Climate Gap,” as the report is titled. From farmworker advocates to groups fighting to improve air quality or food security in disadvantaged communities, these organizations have intimate knowledge of how climate change will affect — and in some cases is already affecting — the most vulnerable populations. They’re also on the front lines of response, both in terms of helping those communities adapt, and by creating programs that help mitigate climate change impacts. Urban Releaf, for example, plants trees in urban neighborhoods in Oakland, Calif., reducing the heat island effect and absorbing carbon dioxide and other pollutants in those communities while providing education and job training for local youth.

“‘Facing the Climate Gap’ put faces on the figures that were laid out in the first two reports,” said lead author Ellen Kersten, a Ph.D. candidate in ESPM. “A lot of the discourse around climate change is still that it’s something to prepare for in the future, and in doing these interviews it was clear that it’s already happening,” she said, citing in particular the increasing temperatures that farmworkers in the Central Valley are facing.

The research team wanted to document the work that is already going on in the climate-equity field and call attention to community-based projects that may be eligible for funding from the Greenhouse Gas Reduction Fund, which consists of revenue from California’s cap-and-trade emissions reduction program. As of September 2012, when Gov. Jerry Brown signed SB 535, 25 percent of the fund’s revenues must be directed to projects that provide benefits to disadvantaged communities, and at least 10 percent of those projects must be located in the affected communities.

“So much of our thinking about climate change is about quantitative measures like how much temperatures will change in this area or how many trees are in a particular neighborhood, but this project really demonstrated to me the importance of lifting up voices of the people who already know what’s going on — for example, farmworkers already know how hot it is in the field they’re working in, and that they need water and shade,” Kersten said. “They should be the ones influencing the design of policies that affect them.”