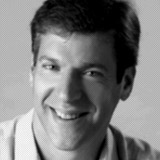 “The affluent suburbanites that commute long distances more than make up for the low-transportation footprint of urban dwellers.”

Daniel Kammen, Professor, Energy and Resources Group and Goldman School of Public Policy, and Director of the Renewable and Appropriate Energy Laboratory
A January 14 Los Angeles Times story was one of many media stories covering a study led by Kammen, which found that suburbs produce half of all household greenhouse gas emissions, even though they account for less than half the U.S. population. The suburban pollution cancels out the energy-saving achievements of residents in urban areas with good public transportation. 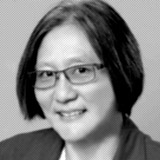 “There will always be cold nights and cold days . . . but they’ll become rarer.”

Inez Fung, Professor, Environmental Science, Policy and Management (ESPM)
USA Today was one of numerous domestic and international news outlets covering the February 27 release of the public-facing report, “Climate Change: Evidence and Causes,” a partnership between teams from the National Academy of Sciences, led by Fung, and the United Kingdom’s Royal Society. “Actions today have long-term consequences,” Fung said at a Washington, D.C. release event. 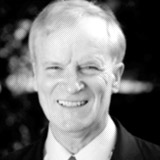 Brian Wright, Professor, Agricultural and Resource Economics
A March 20 San Francisco Chronicle story covered a study, led by Wright, that upended the common assumption that corporations’ narrow interests limit innovation from the research they sponsor. Researchers analyzed 15 years of UC data and found that corporate-funded studies yielded more patents and licenses than publicly funded studies. Wright said the study’s conclusions “turned out the opposite from what I expected.”