The Road to Paris 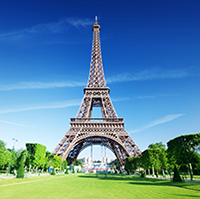 In December, more than 190 nations met in Paris to try to resolve the world’s climate crisis at the 2015 United Nations Climate Change Conference. Over the course of the 23 years and 20 gatherings since the first such talks in 1992, only one legally binding agreement, the Kyoto Protocol, has emerged—a protocol in which two of the world’s largest per capita emitters, the United States and Canada, are not participating.

During the fall semester, lecturer and former California assemblywoman Nancy Skinner ’70 taught ESPM 290, The Road to Paris, a special course leading up to the historic negotiations. Here are five key lessons they explored.