A sampling of research in Water Hot Spots Around the World 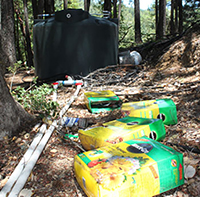 Alasdair Cohen, an ESPM PhD candidate and a master’s candidate in the School of Public Health, worked with the Chinese Center for Disease Control and Prevention (CCDC) to conduct extensive research on drinking-water treatment in rural China. His research, which revealed that rural households using electric kettles to boil their water had the safest drinking water, was the first such study in China to evaluate the methods that households use to treat drinking water. Read more about Alasdair's work. China 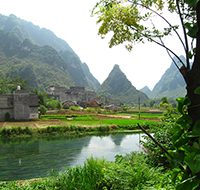 Stella Cousins, an ESPM PhD candidate, is working on a global-scale drinking-water project through the National Socio-Environmental Synthesis Center, which investigates ties between the social, political, and environmental characteristics of urban water supplies. Understanding the factors that enable payments for watershed services initiatives may ultimately help protect drinking-water supplies for cities worldwide. Australia, China, Ecuador, Kenya, and the United States

Caroline Delaire, a PhD student in civil and environmental engineering (CEE), is working under Professor Isha Ray (ERG) on access to safe water in the Bengal basin, where groundwater is heavily contaminated with arsenic. Her research looks at household behavior change in arsenic-affected communities and at the use of alternatives to arsenic-contaminated groundwater. India, Bangladesh 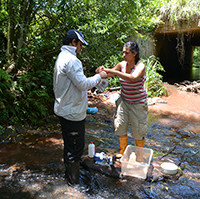 With the intensification of agriculture, pesticides and other pollutants pose a grave threat to aquatic ecosystems around the world. ESPM PhD candidate Lisa Hunt is studying the impacts of insecticides on stream ecosystems, as well as the implementation and effectiveness of landscape-level mitigation measures. Argentina, Paraguay, Brazil 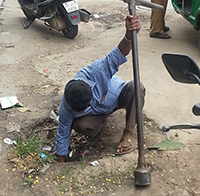 Christopher Hyun, an ERG PhD student, is working with NextDrop, an information and communications technology intervention, to provide more reliable and timely information to the people of Bangalore about when and how long they’ll get water each day. NextDrop has developed a system that uses text messaging to communicate with the service workers who manually open and close the valves controlling local water supplies, then inform residents when water is coming. India 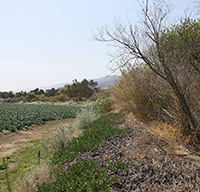 A study led by Daniel Karp, a NatureNet postdoctoral research fellow in ESPM and at the Nature Conservancy, has questioned the usefulness of removing non-crop vegetation as a means to reduce field contamination of fresh produce by disease pathogens such as E. coli. California

Suzanne Kelson, an ESPM PhD candidate, is studying how water flows and temperatures influence the behavior and performance of Pacific salmon. California

Morgan Levy, an ERG PhD student and a member of the Sally Thompson Ecohydrology Lab, is conducting a large-scale empirical study of land-use-change impacts on river flow in the Brazilian rainforest-savanna transition region, with relevance to hydropower and agriculture. Brazil 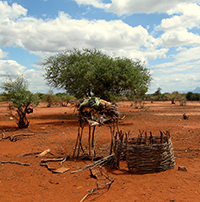 In Tanzania, subsistence farmers were badly affected by a two-year drought that destroyed any chance of food or water security. Deepak Premkumar, an agricultural and resource economics (ARE) PhD student, has conducted a needs assessment to provide recommendations for future development projects in the area. Tanzania 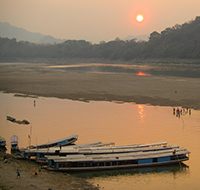 Sixty-eight million people depend on fishing the Mekong River for the bulk of their protein. Mainstream dams already built in China’s Yunnan Province and under construction in Laos may devastate fish stocks by blocking migration routes for feeding and spawning. Vincent Resh, ESPM professor, has worked with the Mekong River Commission to develop mitigation and management strategies to protect this important food source. Southern China, Thailand, Laos, Cambodia, Vietnam 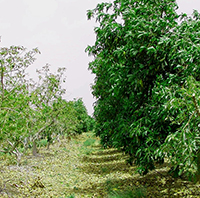 Water scarcity is becoming a major obstacle to meeting growing food demand in semiarid regions of the world. One solution is to reuse treated urban wastewater for irrigation. However, these wastewaters often contain high concentrations of salts that can cause soil degradation. Garrison Sposito, ESPM professor, is collaborating with UC Cooperative Extension researchers and other scientists to develop new water-quality guidelines to increase the sustainable use of wastewaters for irrigation. Australia, Israel, California 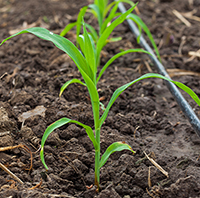 Becca Taylor, an ARE PhD candidate working with Professor David Zilberman, has studied the adoption of drip irrigation in California. The technology was introduced in 1969; less than 5 percent of farmers had adopted it by 1979, and now it is used on 40 percent of irrigated land. Adoption was triggered by water scarcity, especially during droughts; by the development of cultural practices that accommodate drip irrigation; and by improvements in technology. Drip irrigation has increased yields, saved water, and generated net benefits that are likely to be greater than a billion dollars annually. California

ARE professor David Zilberman has been involved in projects assessing water systems in developing countries. His research indicates that India and South Asia are depleting groundwater aquifers; measures must be taken to eliminate water subsidies and improve water-use efficiency. In sub-Saharan Africa, water resources are underutilized, and agricultural production can be enhanced by more strategic investment in irrigation. India, Ivory Coast

In September, UC Berkeley hosted a delegation from the CCDC to discuss the latest research and developments related to water treatment, water management, disease prevention, and public health.

UC Berkeley and the CCDC are now in discussions concerning the establishment of a formal, long-term research collaboration. Berkeley, China