The executive director and three student fellows weigh in on their work and how food is a catalyst for change. 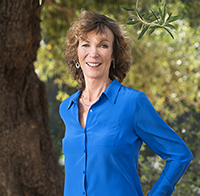 What we do: The Berkeley Food Institute (BFI) is a relatively new entity on campus, less than three years old, bringing together people from multiple disciplines. Our mission is to support and catalyze the transformation of food systems and, in so doing, to promote diversity, justice, resilience, and health. We serve as an interdisciplinary hub, and we have 130 affiliated faculty and staff members from across the campus. One of the main things we’re doing is linking research with policy making and practice. We’re also involved in educational activities, including organizing public events on critical food-related topics, funding student fellowships on community engagement, and helping to develop a food systems minor.

How we are different: One of the things that make us unique is that we’re a partnership between the College of Natural Resources, the Goldman School of Public Policy, the School of Public Health, the Graduate School of Journalism, Berkeley Law, and the College of Environmental Design, among others. The BFI is raising awareness of the relevance of what researchers are doing and cultivating more interaction across sectors. Some of the people who are working together now on similar issues hadn’t worked together before. We’re helping to make those connections.

Real-world focus: The BFI aims to address practical problems and develop innovative solutions. As an example, a number of researchers are looking at the decline of bees and other pollinators and how to reverse that crisis for agriculture. We recently collaborated with the United Nations’ Food and Agriculture Organization to create a policy report that was used by international decision-makers involved in protecting pollinators. As another, rather different example, last May we held a workshop on policies affecting federal food assistance. It brought together over a dozen speakers and panelists from federal and state agencies, NGOs, and academia—including the fields of public policy, law, and nutrition—to summarize needs and suggest potential ways to make healthy food more available, equitably, to recipients of food assistance.

Future directions: Our work spans a range of critical food system issues, from global to local. The term “food systems” refers not only to food production but also to distribution and consumption, as well as waste and impacts on health. We’ve recently identified a few major themes that we’ll be focusing on more intently in the coming years: ensuring nutritious and affordable food for all; accelerating the adoption of sustainable agriculture; and fostering fair and healthy labor conditions. The main challenge will be sustaining funding, but we have a great start and great supporters. One important aspect of our work is student engagement—we’ve engaged more than 20 students, as project employees and as student fellows of the BFI. They’re a vital part of our overall mission. 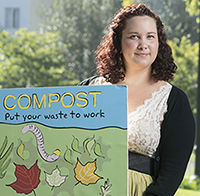 How did you come to the BFI? While I was an undergrad in microbial biology, I started working for Campus Recycling and Refuse Services and found myself digging through trash and thinking about waste and recycling. After graduation I worked at the San Francisco regional office of the Environmental Protection Agency (EPA) for five years, looking at food waste specifically—compost and generating renewable energy from food. Ultimately, I started wondering how we can prevent food from being wasted in the first place. I decided to return to Cal to study consumer behavior: our interaction with food, socially and culturally. As part of my PhD work, I’m a community engagement fellow for the BFI, working with the Natural Resources Defense Council to look at household food-waste prevention. That partnership allows me to leverage my own research, which is very exciting.

Your research: I go to people’s houses, and I interview them. I talk to them not just about food waste but about how they plan and shop for food, how they store their food, how they cook it, and then eventually how they waste it. I talk about people’s relationship with food: mundane things like whether they over purchase and how much they waste, but also how they value food and what role it plays in their lives, in their family. I also look at how the larger industrial food system—technologies like the refrigerator, institutions like restaurants, grocery stores, and advertising—impacts how people relate to their food.

Big picture: When I worked at the EPA, I used to think that wasting food was this socially deviant behavior: Who would waste food? It’s so valuable! Since then, I’ve come around to thinking that it’s really people who don’t waste food who are in the minority. Our entire system of industrial agriculture, of food delivery, of consumption, makes food waste almost inevitable. But that doesn’t mean it’s not solvable to some degree.

Thoughts about the future: I see the refrigerator as an important social actor in this. Many people find solace in a full refrigerator. So if we can design more efficient refrigerators, and make them shallower, so they appear fuller, that will be a huge step. Also, messaging is changing. The Ad Council will be launching a food-waste campaign in January that’s oriented to consumers. I had the unique opportunity of talking with them as they were in development. This September, too, the EPA and the U.S. Department of Agriculture announced a goal to reduce food waste reaching landfills by 50 percent by 2030. So there’s this perfect storm of more and more of the right people focusing on the issue. 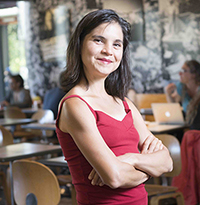 How did you come to the BFI? I come from a background of molecular biology and journalism. I got my BA in biology at Williams College, then a master’s in science writing at MIT, before joining Seed magazine in New York City. As an editor and reporter, I focused mainly on sustainable development, becoming increasingly interested in food and agriculture. At Berkeley, I’ve found a great community through the Center for Diversified Farming Systems, where I serve as communications coordinator. I’m also a student fellow of the BFI.

Your research: I work on the social science side of research in sustainable food systems—in particular, issues related to biodiversity in crops. In this context, diversity—which is both biological and cultural—depends on access to seed, rights to reproduce seed, and underpinning worldviews: whether genetic resources are considered private possessions or public goods, intellectual property or knowledge heritage, commodities or commons. I do a lot of history and document analysis, trying to unpack the production of knowledge using the critical tools of political ecology; human geography; and science, technology, and society studies, or STS. My last project was looking at crop wild relatives—species that are closely related to our domesticated crops but aren’t cultivated. There’s a lot of interest now among plant breeders and biotech researchers in using the DNA of wild relatives, because of their hardiness in the face of climate change.

Big picture: I’m fascinated by an agro-ecological complex-systems approach. And seeds are the very foundation of that: They’re what grows into the crop, they’re what grows into the food we eat. They are an elemental commodity form—we buy and sell seeds, crops, and food. They all have a market value. Seeds also interconnect with myriad other industries—chemical, pharmaceutical, and biotech, to name a few. As other researchers have argued, when you control the seed, you begin to control many elements of the broader food system.

Thoughts about the future: We’re met now with a profound challenge to think systemically. To understand that climate change, for example, is deeply enmeshed in a political economy underwritten by fossil fuels and premised on endless (and highly inequitable) accumulation. That food and agriculture crises are not separate from climate crises, or from many of the seemingly unconnected events of the day, such as human migration out of the Middle East; austerity and structural adjustment in Europe; worldwide struggles over land rights; free-trade agreements; and institutions that propagate race, class, and gender inequity. Our tendency to treat science as separate from politics and political economy has been a major impediment to progress on these interconnected social and ecological fronts. Many scientists hesitate to get “too political,” but this view obscures the fact that no science is value-free. All sciences reflect social and cultural influences. A more “political science,” then, can improve the objectivity of science rather than conceal its imperfections. 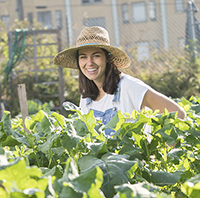 How did you come to the BFI? When I came to Berkeley, I got involved in the Berkeley Student Food Collective and then the Berkeley Student Organic Garden Association. Although I originally intended to study forestry, I realized that growing trees isn’t much different from growing food—just a different time scale—and so I shifted my focus to sustainable food systems. The BFI was developing a food systems minor, and I was asked to serve as a second-generation student representative in that effort. And then I was very fortunate to receive a UC Global Food Initiative fellowship, which allowed me to work closely with the BFI in 2014–15. It seemed like a natural partnership.

UC Global Food Initiative: Launched by UC President Janet Napolitano, the Global Food Initiative is a push to put the UC system on the map for food systems research. Each of the 10 campuses and Lawrence Berkeley National Laboratory has three fellows, each researching a different aspect of food systems in collaboration with other fellows. So I was researching experiential learning, which is very sociological and pedagogical. Some people were researching a single gene in corn that has to do with drought tolerance. Other people were working with farmers to create computer apps that give feedback on the efficiency of their irrigation practices. The best part of the program is that it’s bringing all of the campuses together. I worked with researchers at UCLA, UC Santa Cruz, and UC Davis; each of us brought a different perspective based on our local environment, and that all got mixed together in our final report.

Current directions: Right now I’m working with sustainable coffee, which is a crop that a lot of people might not consider food, but it’s one of the largest traded commodities. It impacts everything that has to do with agriculture. I’m also drawn to a lot of the environmental impacts that people don’t really associate with food—packaging being an important one. So my company is working on 100 percent compostable packaging for our coffee. We hope to be launching in a few months. I expect to keep working in the food industry, though I’d like eventually to move over to the nonprofit side and work more directly with farmers.

Thoughts about the future: People think that we don’t have enough food to feed everyone, but the fact is, there’s plenty of food out there. It’s just not being distributed in a way that helps people. So much food is being wasted. A lot of food is going to animal agriculture. I think there needs to be more of a focus on how we can rearrange the food system right now to make sure that everyone is receiving enough. We don’t need to be tearing down more rainforests to make more farms. We need to be looking at increased productivity—not in terms of quantity but in terms of nutritious quality—and better distribution. I have high hopes that the Global Food Initiative will help push public perception in a correct direction. It’s about activism.