As Earth’s habitats become increasingly fragmented, protecting connections between habitats is critical for sustaining healthy wildlife populations. Our new study in Journal of Animal Ecology reveals that animal behavior is a key component in planning which habitat connections are most essential for wildlife movement. 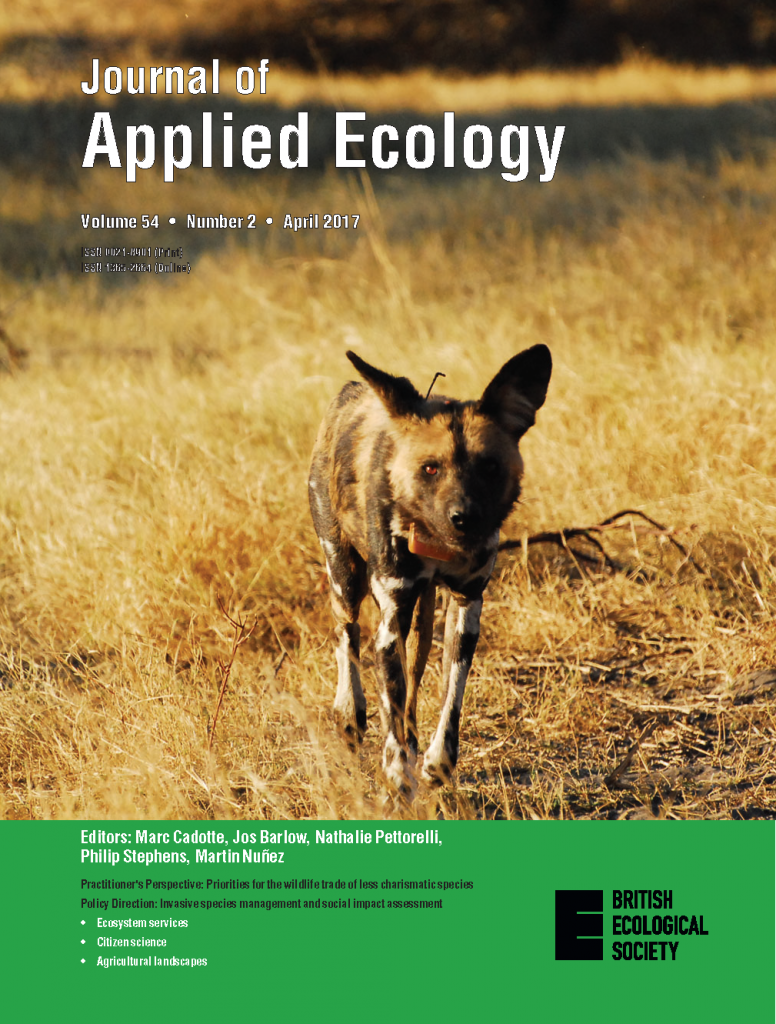 The establishment of wildlife corridors, swaths of habitat that connect core habitat areas, is a widely popular tool for enabling species to disperse from one area to another. Yet, effective placement of these linkages first requires an accurate understanding of species’ dispersal requirements and habitat preferences. Because dispersal data are often difficult to collect in the field, such connectivity assessments typically rely on the assumption that a habitat occupied by a species is representative of the landscape conditions necessary for its successful dispersal, despite recognition that what habitat an animal uses, or how the animal responds to a particular landscape feature, depends greatly on its behavioral state (e.g. resting, traveling, or feeding).

In our study, we examined the sensitivity of connectivity predictions to behavioral state and tested these predictions against long-distance dispersal movements of African wild dogs, an endangered species highly sensitive to habitat fragmentation. By pairing behavioral data obtained from accelerometers with GPS location data, we measured habitat selection patterns specific to different behavioral states.

We found that wildlife corridors based on habitat preferences when the dogs were traveling protected 87% of long-distance movements, as opposed to only 33% for corridors based on general habitat preferences that did not consider behavioral state. In addition, we reviewed sixteen years of prior connectivity studies and found that most failed to incorporate behavioral information, potentially emphasizing sub-optimal linkages in the landscape.

The new study highlights the need to account for behavior-specific habitat preferences in conservation and corridor planning. As pressures from changing landscapes and climates continue to rise, effective corridors will become increasingly important for maintaining the viability of Earth’s wild populations.

Read more about the study’s findings in its feature article on Conservation Corridor!