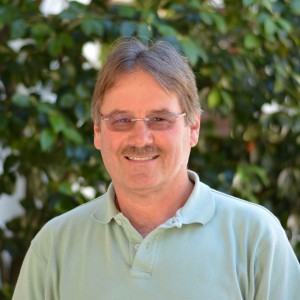 Illilouette Creek basin in Yosemite National Park and Sugarloaf Creek basin in Sequoia and Kings Canyon National Park have experienced over four decades of naturally ignited wildfire. By allowing lighting-ignited fires to burn in these isolated areas for over 45 years, managers have helped return the Illilouette Creek and Sugarloaf Creek basins to as near a natural fire regime as can be found in California. These areas provide researchers a rare opportunity to study the processes and effects of fire under relatively natural conditions. More information here.

One large, mixed conifer ecosystem exists in western North America where logging has never occurred and a policy of fire suppression did not begin until the 1970’s, this area is in the Sierra San Pedro Martir (SSPM) in northwestern Baja California. The SSPM is the southern terminus of the Peninsular Mountain Range that begins at the boundary between the San Jacinto and San Bernardino Mountains in California; approximately 350 km separates the SSPM from the San Bernardino Mountains. The SSPM is unique within the California floristic province in that its open forests are still influenced by lightning ignited fires. This research project has collected quantitative information on fire history and what types of forest structures (live tree densities, fuel loads, snag densities, regeneration) exist in a mixed conifer forest that has a disturbance regime which has not been effected by management, with the exception of livestock grazing.  Recent projects are quantifying the effects of a large 2003 wildfire in this area and determining if regeneration is correlated to past fires and climate; the spatial dimensions of regeneration are also being investigated.

Stephens and other UC faculty

The first 5 years of this project are completed with 12 of 13 national sites having installed all treatments and the network has determined the initial ecological effects of the fire and fire surrogate treatments. A second 5-year project will begin to examine the longer term ecological effects in 2008. This project addresses the problem that coniferous forests in many areas of California and other parts of the nation are denser and more spatially uniform, have many more small trees and fewer large trees, and have much greater quantities of forest fuels than did their presettlement counterparts.  The results include a general deterioration in forest health and sustainability, and an increased probability of large, high-severity wildfires. The need for large increases in the use of restorative management practices is clear.  Less clear, however, is the appropriate balance among silvicultural cuttings, mechanical fuel treatments, and prescribed fire. What components or processes are changed or lost, and with what effects, if fire “surrogates” such as cuttings and mechanical fuel treatments are used instead of fire, or in combination with fire?  States included in the network include California, Oregon, Washington, Arizona, Montana, South Carolina, Ohio, and Florida. Stephens is the principal investigator on the Sierra Nevada research site located at the University of California Blodgett Research Forest.