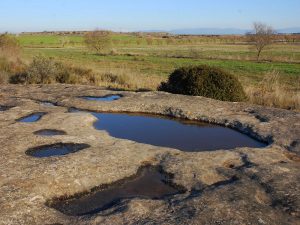 Studying how aquatic metacommunities––or sets of local communities potentially linked by dispersal––respond to drought is key to understanding biodiversity dynamics in Mediterranean‑climate ecosystems. We are particularly interested in the interactive effects of local drought disturbance and landscape-level habitat fragmentation, and we study this phenomenon via modeling of hydrologic and community data in riverine networks. In the near future, we are going to study this topic experimentally, asking questions like: how does habitat connectivity ameliorate the effects of intermittence through compensatory dynamics? Or, can region-level stressors like coordinated drought synchronize local communities via the Moran effect?

Joint effects of hydroclimatic anomalies and invasion on native biodiversity 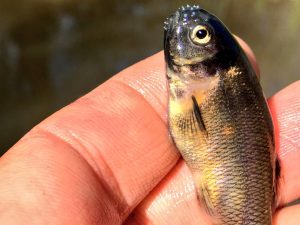 Climate-driven intensification of the water cycle is increasing the frequency and magnitude of extreme events in many regions, and this increasing variance poses threats to native biodiversity while opening opportunities for non‑natives to establish and spread. We have been analyzing long-term flow and community data to understand how climate and hydrologic change has influenced native and non‑native riverine fish communities, and the interactions among them. Going forward, we will design experiments to test how altered flow and thermal regimes may alter biotic interactions in mixed native-nonnative communities–and hence invasion outcomes. Ultimately, this research will allow testing and refining the idea of non‑native species as ‘passengers vs. drivers’ of global change. 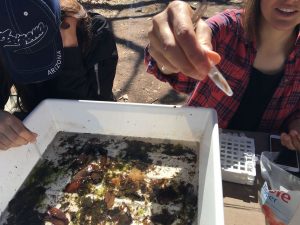 How do hydrologic regime shifts and resource pulses control food-web structure in streams? We are collaborating with John Sabo (ASU) and Tamara Harms (UAF) to answer this question, focusing in particular on food-chain length (FCL). Although FCL has been studied for almost a century, interactions among putative controls of FCL have not been tested systematically. Our work is filling this gap via observational and manipulative approaches (Nitrogen fertilizations). In the near future we would like to explore the interplay between the ultimate environmental controls of FCL (disturbance, energy supply) and the proximate structural mechanisms that allow food webs to shift in structure (additive, insertion, omnivory mechanisms). We want to ask: to what extent can food webs compensate the effects of some global change stressors via food-web reassembly (i.e., rewiring of the existing species or colonization of new ones)?

Potential and limitations of wetland restoration for biodiversity conservation 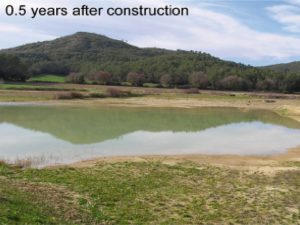 Constructed and restored wetlands are a major example of green infrastructure. However, the mechanisms that dictate how communities assemble and develop in these environments are still poorly understood, making successional trajectories difficult to predict. Albert’s PhD research focused on community assembly dynamics of aquatic invertebrates and amphibians in restored wetlands. There he articulated key features of early succession, the influence of hydroclimate on the ensuing successional trajectories, and the potential and limitations of created and restored wetlands as biodiversity offsets. However, many questions remain open, including how can we identify and restore key cross-habitat linkages. In the near future we will continue to work on this topic, leveraging large-scale restoration projects in the San Francisco Bay Area. 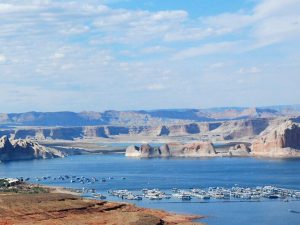 With 80,000 dams in the U.S. alone, and a surge of new dams in some of the largest and most biodiverse rivers (e.g., Yangtze, Mekong, Congo, upper Amazon), it is essential to understand and mitigate the ecological impacts of flow regulation. Past research has largely focused on minimizing hydrologic alteration relative to reference conditions; however, existing uses and infrastructure often makes it unfeasible to restore natural flow regimes. As a Postdoctoral Fellow at SESYNC, Albert collaborated with Julian Olden (UW) to research where are the ‘battlegrounds’ of dam reoperation in the U.S.–that is, dams with a disproportionately high impact on hydro-ecological alteration, and thus where modifying dam operations could offer particularly high benefits. Continuing this line, we are now working on a data-driven framework that may be used to create ‘designer’ flows that represent tradeoffs between socio-economic values (e.g., water conservation in the reservoir) and downstream ecological outcomes.