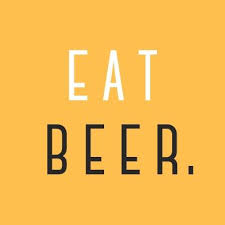 ReGrained is a brilliant food waste company striving to reconfigure the way we use food and its byproducts. The idea came from a problem encountered while the cofounders, Dan Kurzrock and Jordan Schwartz, were still under aged college students at UCLA. They were not impressed by the beer at parties and were too young to buy craft beer so they decided to brew their own. Once the brewing process was complete, they were not only left with their delicious beer but a bunch of spent grains as well.

The leftover brewer’s malt can either be used as compost or sent to farms for animal feed in a more rural setting. As it turns out, this byproduct is more than just a grain that should be fed to cattle. The beer brewing process removes the sugar from the grain and leaves behind a grain rich in protein and fiber. When weighing out the grain, 35% of it can be attributed to fiber and 20% to protein. Combined with a few other ingredients, it makes for the perfect granola bar.

Food Waste Solutions: So simple yet so ingenious.

Too many food scraps and cooking byproducts get thrown away when they are still just as valuable as they once were. With a third of all fruits and vegetables grown going to waste before even being consumed, you could definitely say we have a sizeable issue on our hands. Better yet, there are tons of people who are food insecure all around the world and here we are throwing away produce because it doesn’t look quite right. In the US, we have adopted a culture that places minimal importance and value on food. Other cultures around the world cherish it, say prayers for it, and worship their food and the effort it took to grow, process, and serve it. I do believe it is reasons like this that explains why we are okay with letting such a large portion of our food go to waste.

I grew up in a small beach community on Long Island with minimal recycling and knowledge surrounding sustainability. I nagged everyone in my family to always recycle their cans and bottles and eventually convinced them to start a compost pile for our small backyard garden. I have always been drawn to sustainability and even harassed the superintendent of my school district until he agreed to put solar panels on the roofs of many of the school buildings. As much as I knew I had to be apart of some bigger picture company trying to save the world, there are so many issues to conquer that I often found myself lost in terms of what sector was truly my calling. The combination of taking food focused classes, interning for a company who sold a cereal made from only three or four ingredients, and surrounding myself with friends who loved to cook healthy meals, it became clear that food was my future. My new niche in food waste stemmed from the two internships I held the last two summers. Back to the Roots used recycled coffee grounds to grow mushrooms and ReGrained made granola bars from the spent grain from producing beer. Both companies proved that practical business models can be constructed around upcycled products. I have always heard from entrepreneurs that rather than finding a problem to your solution, you should be finding a solution to a problem and that is what both companies did. It has been truly inspiring to watch these companies grow and pave the way in the food waste industry.

As it turns out, I have a significant love for food waste and all the major leaders who are at the forefront of this movement. My project turned out to be a major stepping stone in my journey towards figuring out my true interests and provided potential opportunities for the future. I have made valuable connections with people who have so much to teach me and people to introduce me to.

As a way to promote themselves, ReGrained has partnered with many different companies all looking to better the environment in one way or another. It was through these partnerships that I got to see into those companies whose missions aligned with those of ReGrained. One of the companies I got to meet with was called Imperfect Produce. They take all the produce that cannot be sold at markets because it was not aesthetically pleasing, and buy it at a reduced cost. From there, they sell it in a CSA style box for a reduced cost. They are doing extremely well and spreading across the country at a rapid pace. A company that stemmed from this idea is a company called Ugly Juice. They take the same unsellable produce and juice them. I strongly believe that if people do not even have the chance to see the “ugly” produce before it is juiced or cooked, they will have no problem with it. The produce tastes exactly the same and is just as nutritiously dense so the problem here is totally mental.

My project and role at ReGrained was focused on building a larger and more supportive following. Most of my time was spent in the grocery stores which sold the bars, doing demos of the two flavors. The rest of my time was allotted to time in the office with the team researching Instagram strategies and implementing these new ideas. I was constantly capturing new photos that would help get ReGrained’s mission across to those who followed the account. We did giveaways and partnered with similar companies, resulting in a huge spike in followers shortly after.

When ReGrained told me I would be helping to run their Instagram account I thought to myself, “how difficult could this really be?”. As a young woman in my 20s, I have been surrounded by technology and social media for quite some time now. I now look back and laugh at my young and naïve self because running an Instagram account for an ever growing, fast paced startup is nothing like running a personal account. For starters, I had to post pictures for ReGrained every day whereas I only post once or twice a month for my personal account. When posting a picture, there are so many different factors that must be considered, including the time the picture is posted, who the picture is targeting, is the caption using a tone that suits the company, and many more. There are so many tricks and tips that I have picked up along the way that I never would have thought about.

The same can be said about my experience doing the granola bar demos. The experience and knowledge I have gained from being a Brand Ambassador will help me with future roles and career opportunities. Not only did I have to draw people into my demo station, but then had to read them within seconds to determine what aspect of ReGrained they would most connect with. Not everyone found their connection with ReGrained and despite encountering much rejection, I would still consider it a positive experience that I am extremely thankful for.