The process of storytelling is a truly extraordinary experience. Sharing past knowledge through spoken word has been a tradition that has existed in human culture for centuries. We tell stories of the past to our children and peers to preserve the legacy how we saw and experienced the world — and in some unique cases-how we tried to make it a better place.

The day that Lucia (my boss) and I interviewed longtime-resident Barbara Fenech in San Francisco’s Portola District was perhaps the most enriching experience during my internship with The Greenhouse Project San Francisco. Just a few weeks ago we had been searching for Barbara at the grand opening of the Portola’s Grocery Outlet, where free tacos were given out with proof of purchase of something from inside the store. It was curious to observe a pair of elderly Chinese women eating tacos, unsure of how to tackle them but still trying their best anyways. People from around the neighborhood actually knew each other; it was such a stark difference from my own neighborhood in San Jose, where I’m used to seeing new people every day.

My first time travelling to the Portola was quite an interesting experience. It was the first time that I had taken the BART by myself — and I was terrified. San Francisco had always seemed to be a place full of rough people and I vowed to never venture there again after my sister took me to downtown for a traumatizing driving lesson.Yet I found that the more times I travelled to the Portola, the more I appreciated the systemic, almost organic nature of the city. I can’t say that I think I will ever develop a passion for grimy metal poles or cranky bus drivers, but there is definitely something valuable to take away from the culture of people that make up San Francisco’s — in many ways hidden — population.

Once we finished out tacos, Lucia and I moseyed up the street to Barbara’s house. After ringing the doorbell, we waited by the gated door for Barbara. A tiny woman with a Portola map t-shirt shuffled from the inside of the house to open the gate for us. She greeted us warmly and with quite a fiery disposition, urging us into her townhouse with a noticeably Italian accent.Lucia and I sat down in a dimly-lit living room while she went upstairs to grab some materials; looking outside of the screen door I could see rows of colored houses running up and down the hills.

After a few minutes of Lucia and I sitting awkwardly waiting in the living room, Barbara came down the stairs with a thick binder of her records. She seemed to have documented everything that happened in the Portola since she could remember — from the families that lived around her home, to her letters to San Francisco mayors of the changes she wanted to see enacted in the Portola.

When we asked her questions regarding the history of the Portola, Barbara lit up and turn to Lucia, asking “have you talked to Jimmy? He would know better than me. Let me get you Johnny’s number. He’s in Utah, but he can go on and on about the names of the business owners.” Her knowledge of who knew what information was not only impressive, but symbolized the communitary bond that to this day characterizes the Portola and many of the rest of San Francisco’s neighborhoods.

As an Urban Studies major I find that in planning discourse it is easy to create a divide between theory and practice; we read about neighborhood change in places like San Francisco and develop critical opinions though a personal connection to land and its history may be absent. Over-generalization, perhaps the most notorious fallacy of planning discourse, is a common trend. Even when looking at San Francisco we tend to view it as a huge agglomeration of an elite population–where increased displacement and new developments represent a decline in historical meaning. The Portola, interestingly enough, has not experienced the effects of displacement that characterize other parts of San Francisco. This is in part because of its history as a predominantly owner-occupied, residential neighborhood. In fact, the Portola’s development since the turn of the 20th century, characterized by both spatial and societal change, reveals a distinct history within San Francisco’s larger urban fabric. 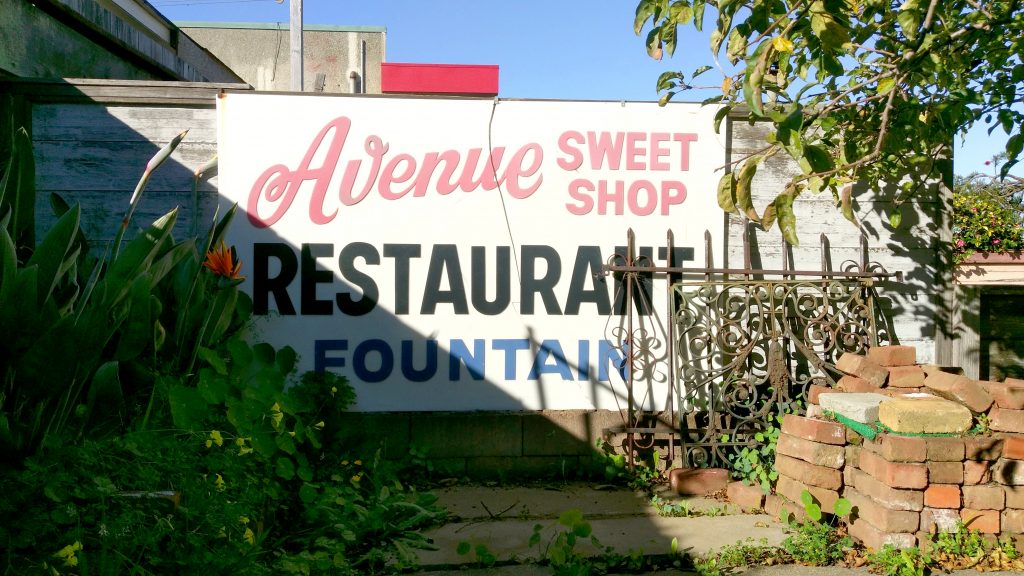 The Portola today, like any other neighborhood, is representative of these changes. Recently reclaimed as San Francisco’s “Garden District”, the neighborhood once served as a predominantly agricultural area that experienced significant change with the advent of both World War II and the following National Highway Act. As businesses closed and industry turned to manufacturing industrial parts for the war, the diversity of local businesses came to a halt and the Portola’s agricultural vitality began to fade. Members of the community such as Barbara have been striving to restore the economic and historical vitality of the Portola through a series of efforts, including the establishment of new businesses to attract economic investment and community development.

When we asked Barbara about her family, she went on to mention that both her parents, Maltese immigrants, met in the Portola, her father specializing in painting and upholstery for the transportation authority we recognize today as MUNI. She showed us a picture of the Maltese Club Picnic, where a large group of well-dressed youngsters posed for a shot.

The Portola was made up of a series of ethnic enclaves. Some neighborhoods were predominantly Maltese, others Jewish, some Chinese. The enclaves were largely unsegregated during her childhood- however, the creation of the highways split the neighborhoods apart, discouraging cohesion among the neighborhoods. Many residents worked in the cut flower industry up until its globalization to countries such as Ecuador and Colombia as a result of a change in agricultural policy. Abandoned greenhouses serve as a reminder of a seemingly forgotten agricultural history. Still, members of the community in collaboration with The Greenhouse Project have worked to create a vibrant neighborhood that recognizes and celebrates this history.

The Portola tells a story of resilience and change. Because of the efforts of politicians and community leaders, it fosters a vision of revival that continuously endeavors to create more sustainable community development through recognition of the neighborhood’s agricultural past. 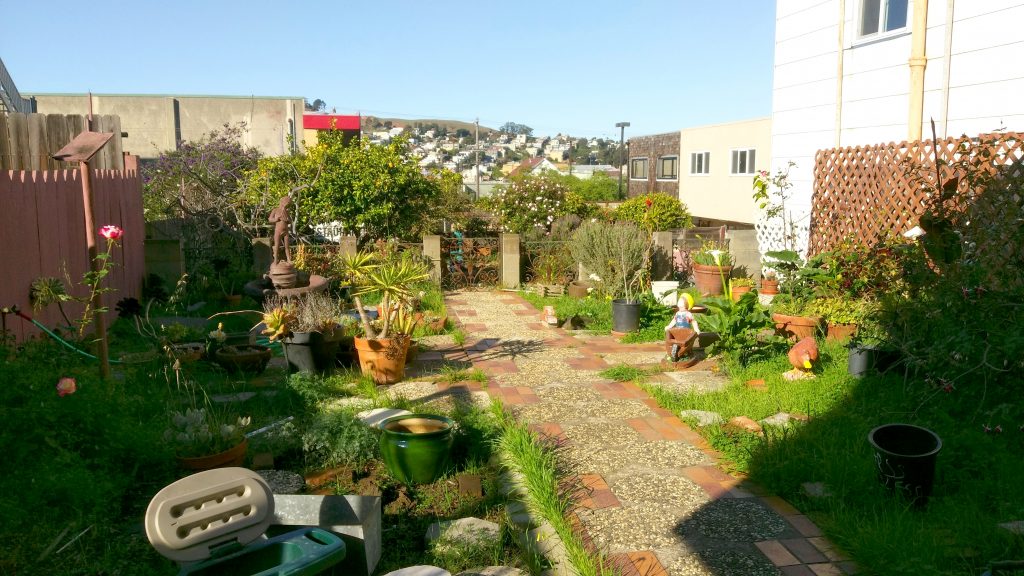