A new study published in Science finds that mammals are becoming more nocturnal in response to human activity.

Human activity is causing the planet’s mammals to flee daylight for the protection of night, according to a new study from UC Berkeley.

The study, published today in the journal Science, and supported in part by the National Science Foundation, represents the first effort to quantify the global effects of human activity on the daily activity patterns of wildlife. Its results highlight the powerful and widespread process by which animals alter their behavior alongside people: human disturbance is creating a more nocturnal natural world.

“Catastrophic losses in wildlife populations and habitats as a result of human activity are well documented, but the subtler ways in which we affect animal behavior are more difficult to detect and quantify,” said Berkeley PhD candidate and study lead author Kaitlyn Gaynor. 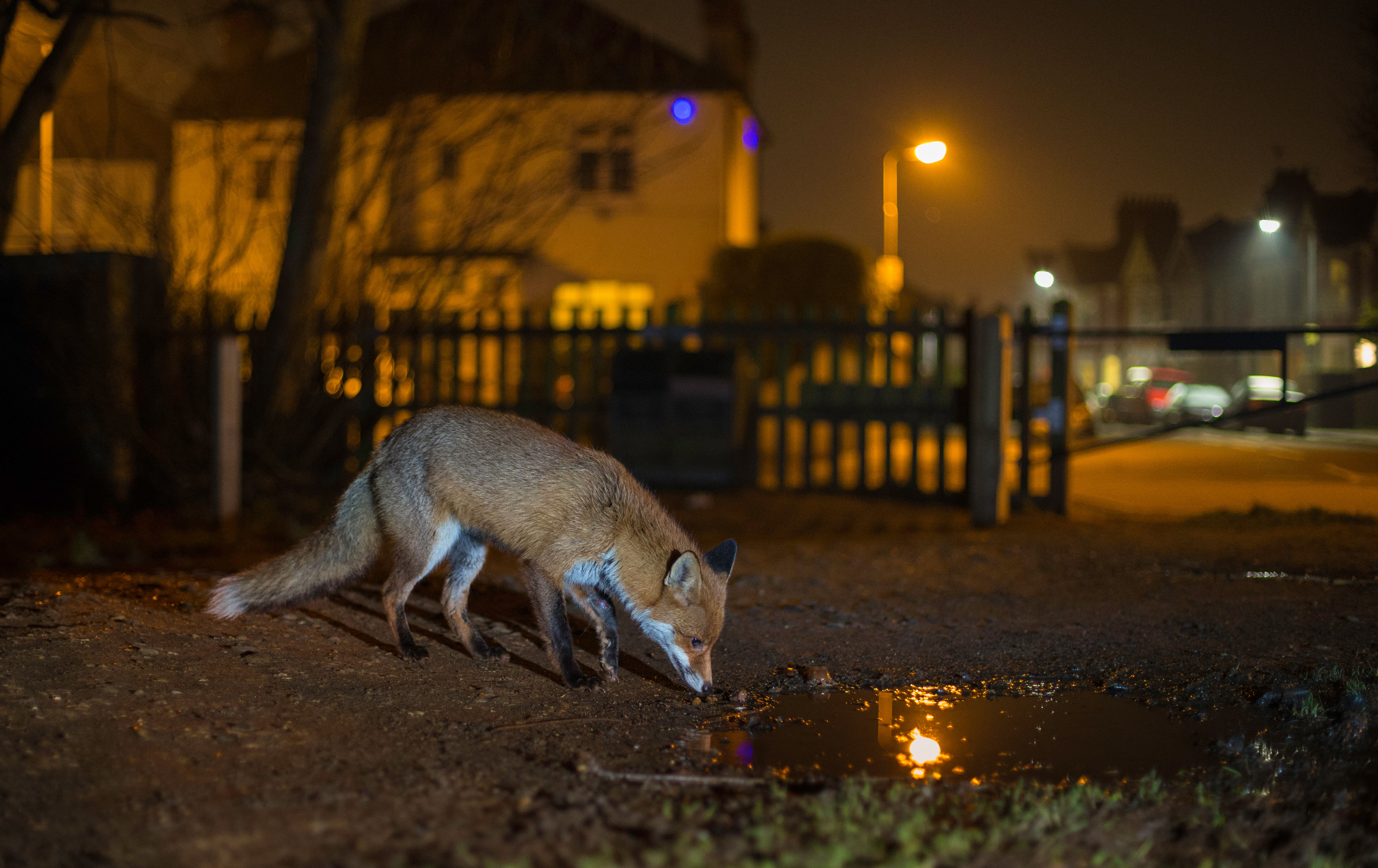 This study represents the first effort to quantify the global effects of human activity on the daily activity patterns of wildlife. Photo by Jamie Hall.

Gaynor, along with co-authors Justin Brashares and Cheryl Hojnowski of UC Berkeley, and Neil Carter of Boise State University, applied a meta-analysis approach, using data for 62 species across six continents to look for global shifts in the timing of daily activity of mammals in response to humans. These data were collected by various approaches, including remotely triggered cameras, GPS and radio collars, and direct observation. For each species in each study site, the authors quantified the difference in animal nocturnality under low and high human disturbance.

On average, mammals were 1.36 times more nocturnal in response to human disturbance. This means that an animal that naturally split its activity evenly between the day and night increased its nighttime activity to 68% around people. This finding was consistent across carnivore and herbivore species of all body sizes greater than 1 kg (small mammals were not included in the study). The pattern also held across different types of human disturbance, including activities such as hunting, hiking, mountain biking, and infrastructure such as roads, residential settlement, and agriculture.

“While we expected to find a trend towards increased wildlife nocturnality around people, we were surprised by the consistency of the results around the world,” said Gaynor. “Animals responded strongly to all types of human disturbance, regardless of whether people actually posed a direct threat, suggesting that our presence alone is enough to disrupt their natural patterns of behavior.”

"It’s hard to believe we can simply squeeze nature into the dark half of each day and expect it to function and thrive."
Professor Justin Brashares

According to Brashares, a professor in the Department of Environmental Science, Policy, and Management and the study’s senior author, the consequences of the behavioral shift in wildlife can be seen through contrasting lenses. “On the positive side, the fact that wildlife is adapting to avoid humans temporally could be viewed as a path for coexistence of humans and wild animals on an increasingly crowded planet,” said Brashares. “However, animal activity patterns reflect millions of years of adaptation—it’s hard to believe we can simply squeeze nature into the dark half of each day and expect it to function and thrive.”

The authors describe a range of potential negative consequences of the shifts they report in wildlife, including mismatches between the environment and an animal’s traits, disruption of normal foraging behavior, increased vulnerability to non-human predators, and heightened competition. They point out, however, that while many of the studies included in their analysis documented a clear increase in nocturnal activity, few examined the consequences for individual animals, populations, or ecosystems.

“We hope our findings will open up new avenues for wildlife research in human-dominated landscapes. We still have a lot to learn about the implications of altered activity patterns for the management of wildlife populations, interactions between species, and even human-induced evolution,” said Gaynor.