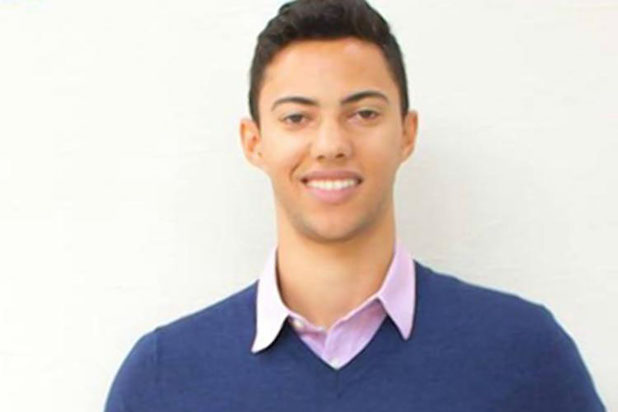 We are deeply saddened to learn that one of our students, Nicolas Leslie, who had been studying in Nice, France, as part of the campus's Study Abroad program, has been identified as among the 84 people killed in Thursday’s terrorist attack in the French port city.  An Environmental Sciences major, Nick had been planning to begin studies at the Haas School of Business in the fall.

Nicolas, 20, was one of 85 participants in a local summer entrepreneurship program in Nice. Unaccounted for since the truck attack, in which another 200 were injured — including three Berkeley students — he had been the subject of an extensive search by university staff, local officials and family.

Nick’s advisor in CNR says that her meetings with Nick were always enjoyable, and that their conversations covered much more than classes. A stellar student, she says, he was very excited about the upcoming year.

“This is tragic, devastating news,” UC Berkeley Chancellor Nicholas Dirks said. “All of us in the UC Berkeley family — both here on campus, and around the world — are heartbroken to learn that another promising young student has been lost to senseless violence. I join Nick’s parents, friends and the entire campus community in condemning this horrific attack, and in mourning the loss of one of our own.”

The three injured Berkeley students include another College of Natural Resources student, Diane Huang, 20, a senior majoring in Environmental Economics and Policy, who suffered a broken foot. Vladyslav Kostiuk, 23, a senior computer science major in the College of Letters and Science, sustained a broken leg. Diane and Valdyslav have been released from medical treatment and returned to their dormitories in Nice. Daryus Medora, 21, whose leg was broken, remains in the hospital. He is an undeclared sophomore in the College of Letters and Science.

Counselors are on the ground in Nice, where some 60 Berkeley students remain, and are available to speak with students on campus. Memorial services are expected to be announced shortly.

What are #carbon offsets? @ERGBerkeley alumna and @GoldmanSchool researcher Barbara Haya answers in a… https://t.co/DyuxpFW82j

A recent study by @ERGBerkeley postdoc James Rising was referenced in an article by @businessinsider. It focuses on… https://t.co/KvQbxnp8Wj

RT @PMB_Berkeley: The "Be A Scientist" program, which places Rausser researchers in public schools to strengthen science curriculum, has be…

As 27 #wildfires burn across California, @CC_Yale polls show that some 72% of Americans believe in #climatechange —… https://t.co/7S8Ize5fS7