In the first of our series of interviews with students in the College of Natural Resources, Brooke Maushund tells us about her once-in-a-lifetime experiences at the COP22 Conference in Morocco, the Cal ski team, and why you shouldn't always follow the rules. 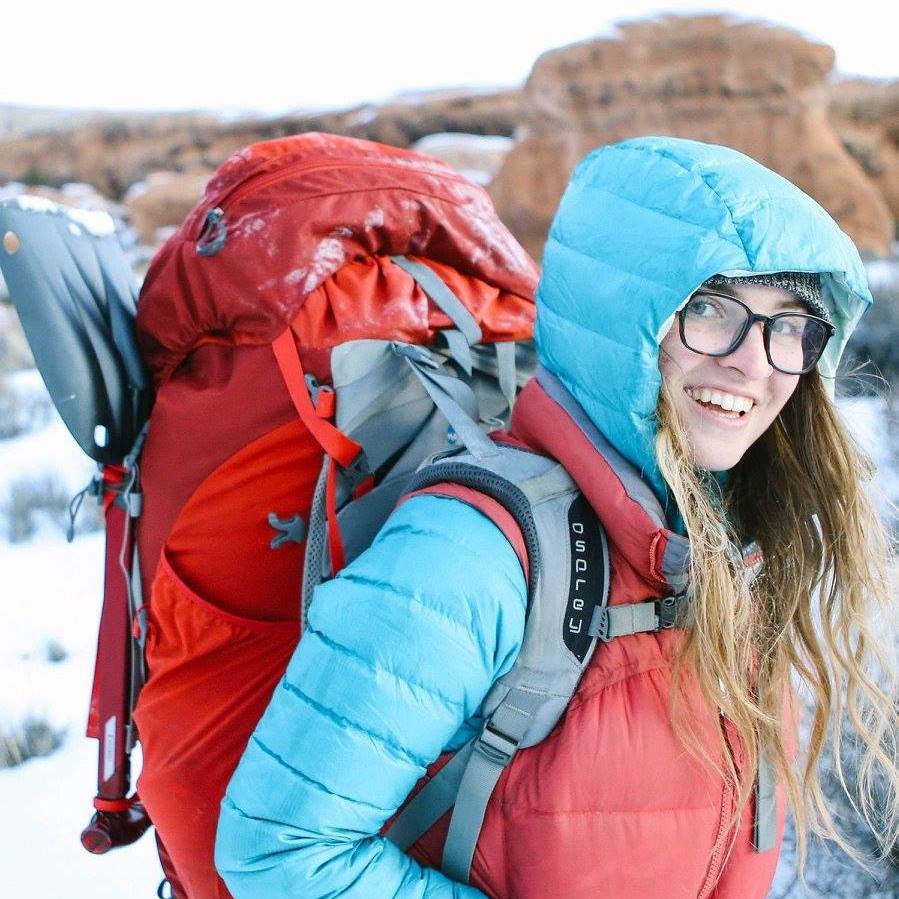 I've spent a lot of time on the 4th floor of CITRIS, but East Asian Library has been my steadfast home — you can’t beat those giant glass walls.

Wow, there are a lot, but I've got to say my first semester in the Berkeley Student Cooperative system, at Stebbins Hall, was cumulatively my favorite Cal memory. Now at the end of my three-year stint in the co-ops, I see the flaws in the system, but I cannot express how grateful I was for the sense of community I experienced my first semester in Stebbins. Coming home to housemates who genuinely cared about my day, had such different interests than my own but were just as passionately driven to pursue them, crafted such a creative and open space to challenge one another, and made a house a home was not something I knew I could find here.

What is your favorite CNR class or professor and why?

This has got to be a tie between Professor Callaway & Dr. Sager's ERG 290 "Microgrids and Decentralized Renewables for Global Energy Access" and Professor Kammen's ERG C271 "Energy and Development." Both were graduate seminars I took spring semester my junior year, and really were the first time I could see everything I have learned tie together. The seminar style of the classes, especially with the heavy theoretical focus in ERG C271 and then applied project focus in ERG 290, allowed me to explore the roots of sustainable development, then apply them directly to a microgrid project while conversing with my much more experienced peers.

What advice do you have for an incoming CNR student?

Follow your interests, don't be afraid to make mistakes, and—at your own discretion—don't always follow the rules. If you want to take a grad class and the prerequisites online don't let you enroll, and you don't have “x, y, and z classes” under your belt, but feel qualified: email the professor with a resume. Read some of their publications and go into their office hours. Start a conversation. Cal can be a bit soul-crushing if you see it in black and white, but never underestimate what can come out of starting a conversation: you never know what you don't know. Working around the lines, finding the opportunities in the grays is how you pave your own unique path here. And that doesn't come without a healthy amount of failures; trust me, I have plenty. Regardless of what you've been told, it's not sheer talent or brains that will get you through this place better on the other side: it's resilience.

What is your plan for after graduation?

I'm still weighing some options, but as of right now my plan is to move out to Yosemite Valley to work as a gardener for the concessionaire —and rock climb/trail run a lot—for the summer with my best friends from high school. In August I'll come back to the Bay and work full time in energy access. 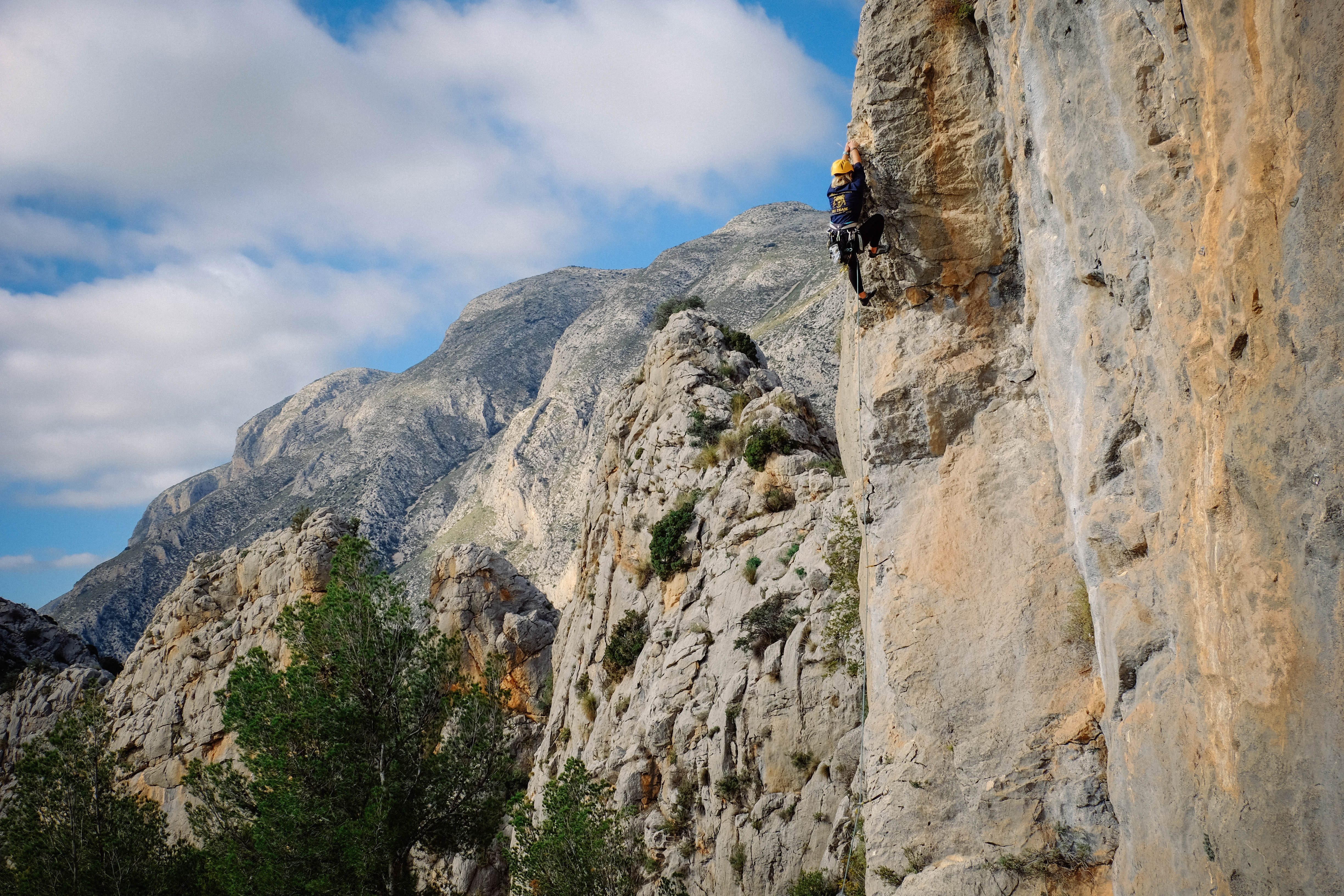 What have been the most meaningful activities you’ve been involved with while at Berkeley?

This is a hard one, but I've got to say that joining the Cal Ski Team—the best ski team—was the best choice I made at Cal. After growing up in a place where I could surf most days or go somewhere new to trail run, being in such an urban area freshman year without a car or friends who enjoyed the outdoors was a bit weird at first. I also knew that Greek life wasn't for me, but wanted to be social. Joining ski team gave me a social circle, and I met so many people who were passionate about the outdoors, getting rad, and were very intellectually talented at the same time. I got some awesome powder days out of it and learned how to climb, but more importantly I learned a lot about academics and working hard to advance in the work world from a lot of the older members on the team. Unforgettable experience. CAL SKI TEAM #1! 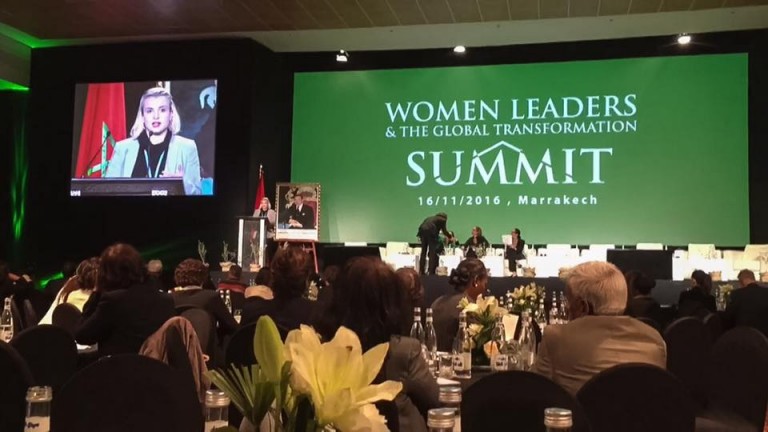 Brooke speaking on stage in Marrakech at the Women Leaders and the Global Transformation Summit at COP22.

We heard that you presented at the COP22 Conference in Morocco - tell us about that experience.

Through a series of very serendipitous events, Jessie Knapstein, who was the co-president of Berkeley Energy and Resources Collaborative (BERC) the same time I was co-president of the undergraduate arm of the club (BERC-U), offered for me to fill her spot to go to the Africa Renewable Energy Forum (AREF) to author the official report on the state of renewable energy in Africa going into COP22 in Marrakech, Morocco.

After my AREF responsibilities had concluded, I had the rest of the conference to simply absorb and process all of the happenings at COP22—a real treat. After studying and discussing all of these topics for years, even participating in mock climate negotiations for a class at Berkeley, actually being at a COP was nothing short of the one of the best applied educational experiences I’ve ever had. You can only imagine my thrill, excitement… and nervousness and feeling of responsibility when Professor Dan Kammen, who I also happen to work under on research in the Renewable and Appropriate Energy Laboratory, offered for me to step up twice more, due to some speaking engagement conflicts he had. I filled in and spoke as a panelist on my work at an event put on by the Cluster Industriel pour les Services Environnementaux (CISE), and spoke as a rapporteur at a much larger event: the Women Leaders and Global Transformation Summit.

After facilitating discussion amongst some of the most powerful, strong women I’ve had the pleasure to be around at the Women Leaders and Global Transformation Summit, we drafted recommendations in a smaller working group for how the UN Secretariat could empower women while addressing climate change through innovation. Shortly after, I spoke on stage regarding our outcomes. As the youngest person in the room I was of course nervous, but getting to work with women among the ranks of those at this conference was a truly remarkable experience that I will not forget.

My experiences at AREF, COP22, and especially the Women Leaders and Global Transformation Summit are something I know I’ll carry with me throughout the rest of my career. I cannot thank BERC, Jessie, Dan, or EnergyNet enough.