Scientists from the Department of Plant and Microbiology (PMB) have identified the first natural example of a pathway for carbon dioxide fixation previously thought to be only synthetically derived. This discovery has the potential to lead to applications in developing new methods for carbon capture and conversion for the sustainable storing of electrical energy in liquid fuel form.

The finding was published this week in the Proceedings of the National Academy of Sciences by professor John Coates and researchers from his lab, including the study’s first author, Israel Figueroa, a PMB doctoral alumnus.

Carbon fixation is the process by which living organisms like plants or microorganisms convert inorganic carbon to an organic compound for biomass production. The launch point for Figueroa’s doctoral research was a sole microorganism identified by a laboratory in Germany, which—unlike all other known living organisms—uses phosphite as its energy source to fix carbon dioxide. Very little is known about this metabolism or the underlying biochemical pathway, or even the prevalence of phosphite, so Figueroa set out to search for its occurrence in nature. 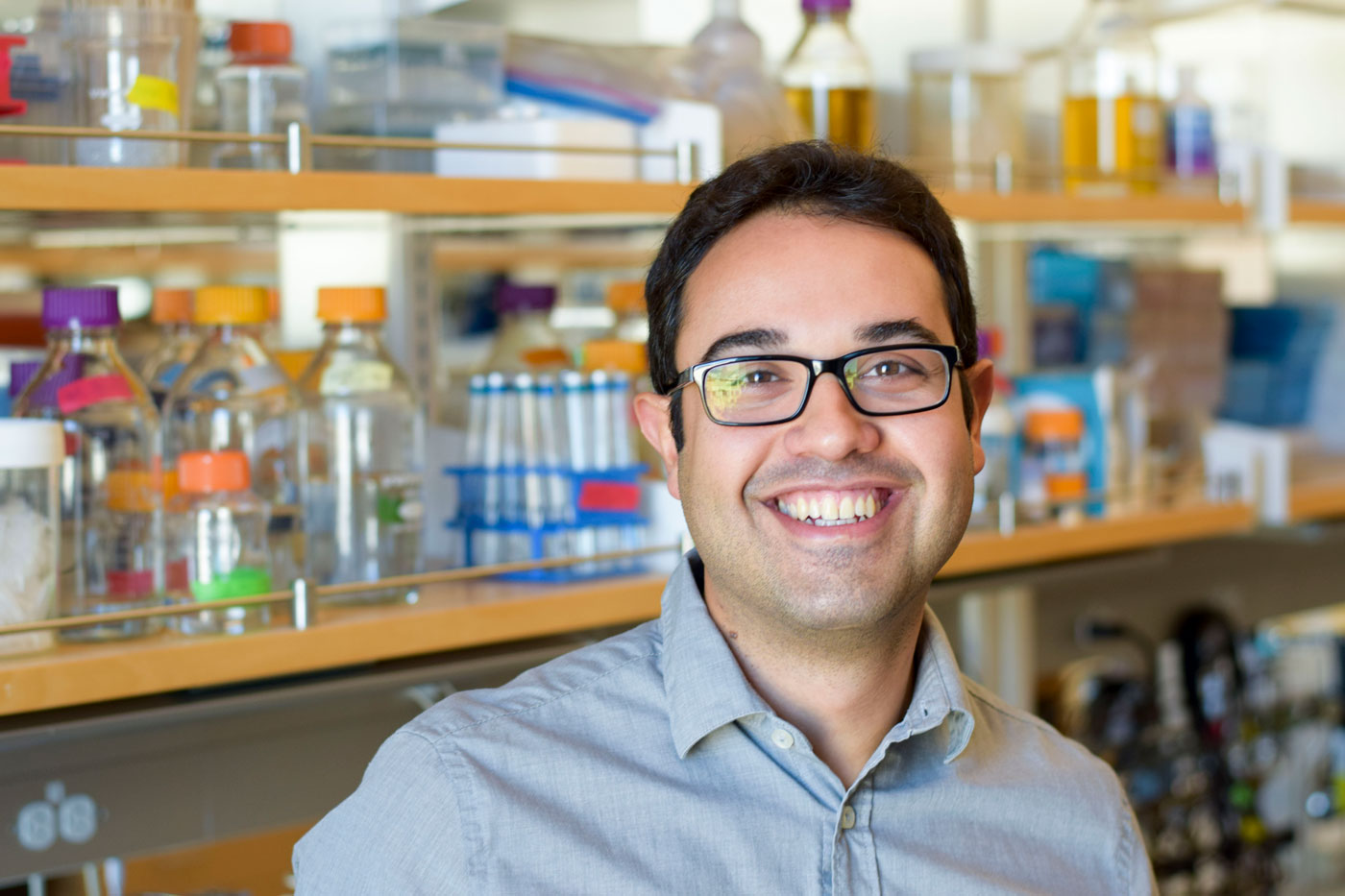 Figueroa began scouring the Bay Area for potential environments that could host anaerobic microorganisms capable of utilizing phosphite and carbon dioxide simultaneously. After sampling locations that included Strawberry Creek on the UC Berkeley campus and marine sediment along the coast, he finally located a sample from East Bay wastewater treatment sludge capable of CO2 fixation that relies on phosphite as an energy source. Using advanced genetic techniques on this sample, he identified a new microorganism and the existence of the novel CO2 fixation for the first time in nature.

This pathway represents the seventh natural mechanism by which living organisms on Earth can capture carbon dioxide and convert it into organic carbon. UC Berkeley has been integral to research in the area of CO2 fixation pathways. Of the seven natural pathways now known, three were discovered on campus, including the Calvin-Benson Bassham cycle and the Arnon-Buchanan cycle, two of the most widely studied pathways. The Calvin-Benson Bassham cycle pathway is considered the primary mechanism by which all plants on Earth fix CO2 through light-dependent photosynthesis.

Understanding and synthesizing carbon fixation is a potential key to creating a more sustainable future for the planet. The discovery of the seventh pathway in nature is a preliminary finding that could that could lead to further advances toward pulling carbon dioxide out of the environment and converting it into a chemical alternative to petroleum that can be used to generate and store energy.

This discovery is part of a broader research mission in the Coates lab, which is investigating the uses of phosphite as a renewable energy source. “We need to consider a different energy future and landscape,” said Coates. “If we can find ways of harnessing this naturally energy-rich chemical, through either chemistry or biology, to make the materials that we need to create sustainable energy resources, we could be closer to an effective means of powering the world.”