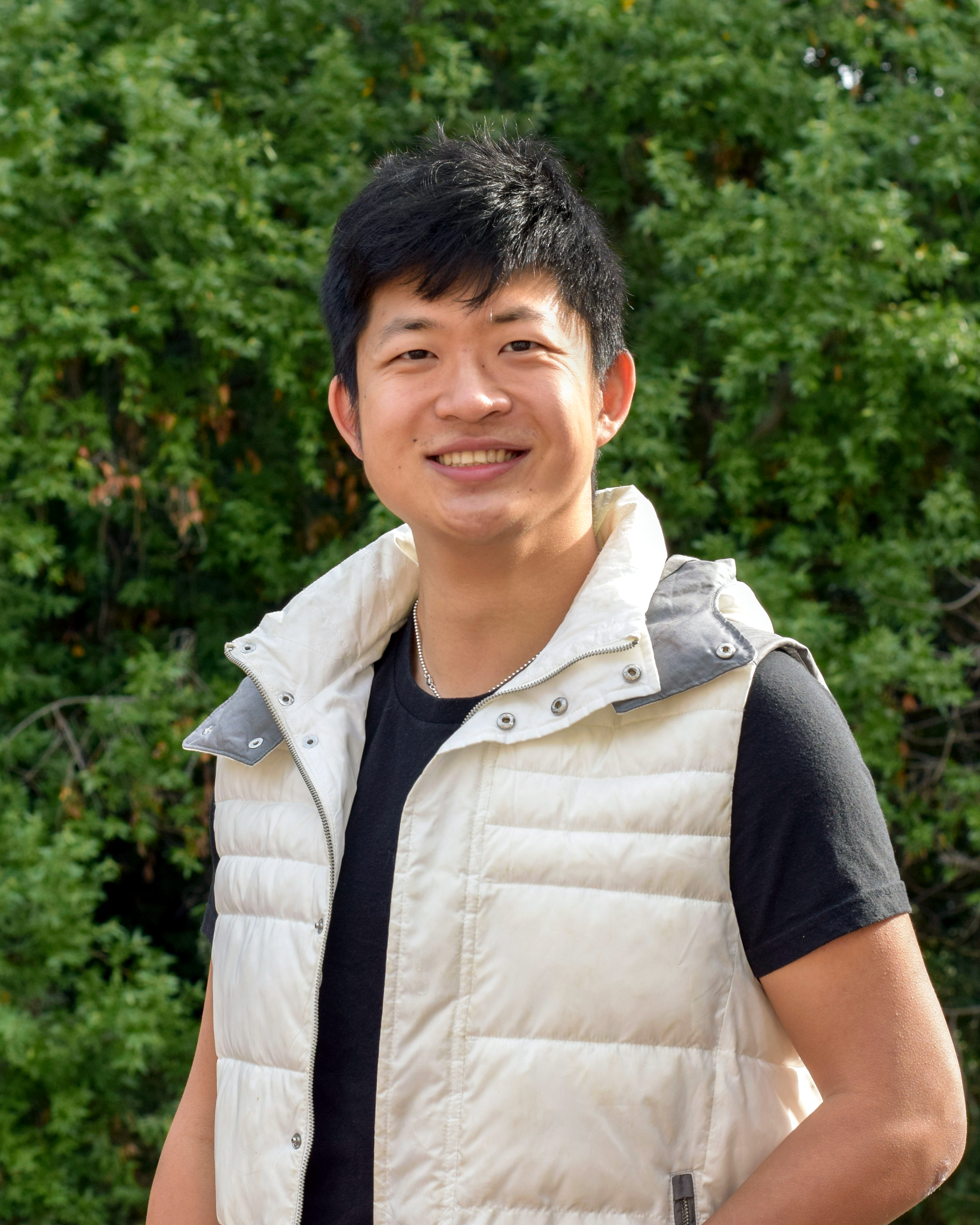 How does a busy student learn seven languages before senior year? In our first Student Spotlight of 2018, Kevin Bai tells us how he tackled learning all of the official UN languages, why travel is an essential part of learning about the world, and how studying history helped him develop his passion for environmental science.

How did you become interested in environmental economics and policy and what led to you choosing to study this subject?

One of my grandfathers is a historian, and the other is an engineer. Ironically, it was the engineer who gave me my lifelong love of history. History is the story of humanity. And to me, there could be nothing more interesting than the stories of how humans  overcame challenge after challenge to get to where we are today. But in high school, I discovered something more interesting to me than history: environmental science. I realized that much like history, environmental science also tells a story of overcoming challenges. But unlike history, the challenges of environmental science are challenges we face today. I became passionate about understanding global problems, and even more passionate about finding solutions. Environmental Economics and Policy was unmatched in its coverage of both the most pressing issues of today and the most prominent solutions. I came to the University of California, Berkeley for the College of Natural Resources, and I came to the College of Natural Resources for its Environmental Economics and Policy major.

You speak seven languages: Arabic, Chinese, English, French, Italian, Russian, and Spanish. Where did your passion for learning new languages come from?

It came from a need to understand others, literally. I immigrated from China to the United States with my parents at the age of eight and was directly enrolled in third grade. Having never studied English, I realized very quickly that I had two choices: master English or be left out of an education. I worked with my teacher, Ms. Garcia, every day on spelling, grammar, and vocabulary and I spent my evenings studying or watching American TV. Within six months, I was speaking English as well as any other student in my class. I did not study another language until I had to choose a foreign language in high school. Given my school's limited offerings, I chose Spanish and immediately became enchanted by the language. Thanks to Ms. Sorenson and Ms. Buccola, I was able to master Spanish in the span of four years.

Kevin Bai in Moscow with Dr. Lassina Zerbo, the current secretary of the CTBTO.

After graduating high school, I found an opportunity to work in Panama and Mexico for an American import-export automotive company. Although I had no qualifications to work at the largest automotive trade show in Latin America, I had one key advantage—my language abilities. I could speak Chinese with the manufacturers, Spanish with the distributors, and English with the firm I worked for.  After realizing how much of an advantage knowing three languages gave me, I became confident in my passion for languages. I combined that with my passion for understanding the world and decided to make speaking the six official languages of the United Nations my goal. French only took me six months to study, given that I already understood all the grammar from Spanish. Arabic has taken me a year, but living and working in the Middle East made it much easier to digest. Today, I am proud to say that I am learning Russian, which is my sixth and final UN language, and my seventh overall.  And I see no reason to stop here.

Why is language learning a valuable skill in today's world?

Our world is becoming smaller and smaller, which some call globalization; I call it progress.  And as we progress to a world where foreign countries will no longer seem so distant, global cooperation will be critical to success in any field and language is the greatest bridge between cultures. Language allows you to understand the world from a different perspective, communicate with people in a new way, and expand your horizons both mentally and literally.

You're a youth representative of the Comprehensive Nuclear-Test-Ban Treaty Organization (CTBTO). Why did you want to join this organization? What does your role involve?

A thermonuclear conflict could reset human progress to zero. When I discovered that this was a distinct possibility, I looked for every and any way to contribute to solving this challenge. I was selected by the CTBTO as a Youth Representative and given an opportunity to make a difference at the UN Science and Technology Conference in Vienna 2017. I was invited as a speaker and helped to pilot the UN Newsroom program. While there, I had the opportunity to interview Ambassador Wolfgang Hoffman, the man who negotiated the Comprehensive Nuclear Test Ban Treaty. I was also invited as a panelist to a subsequent conference on global nuclear disarmament in Moscow in 2017, where I spoke about the importance of including young people when solving problems which require international advocacy. 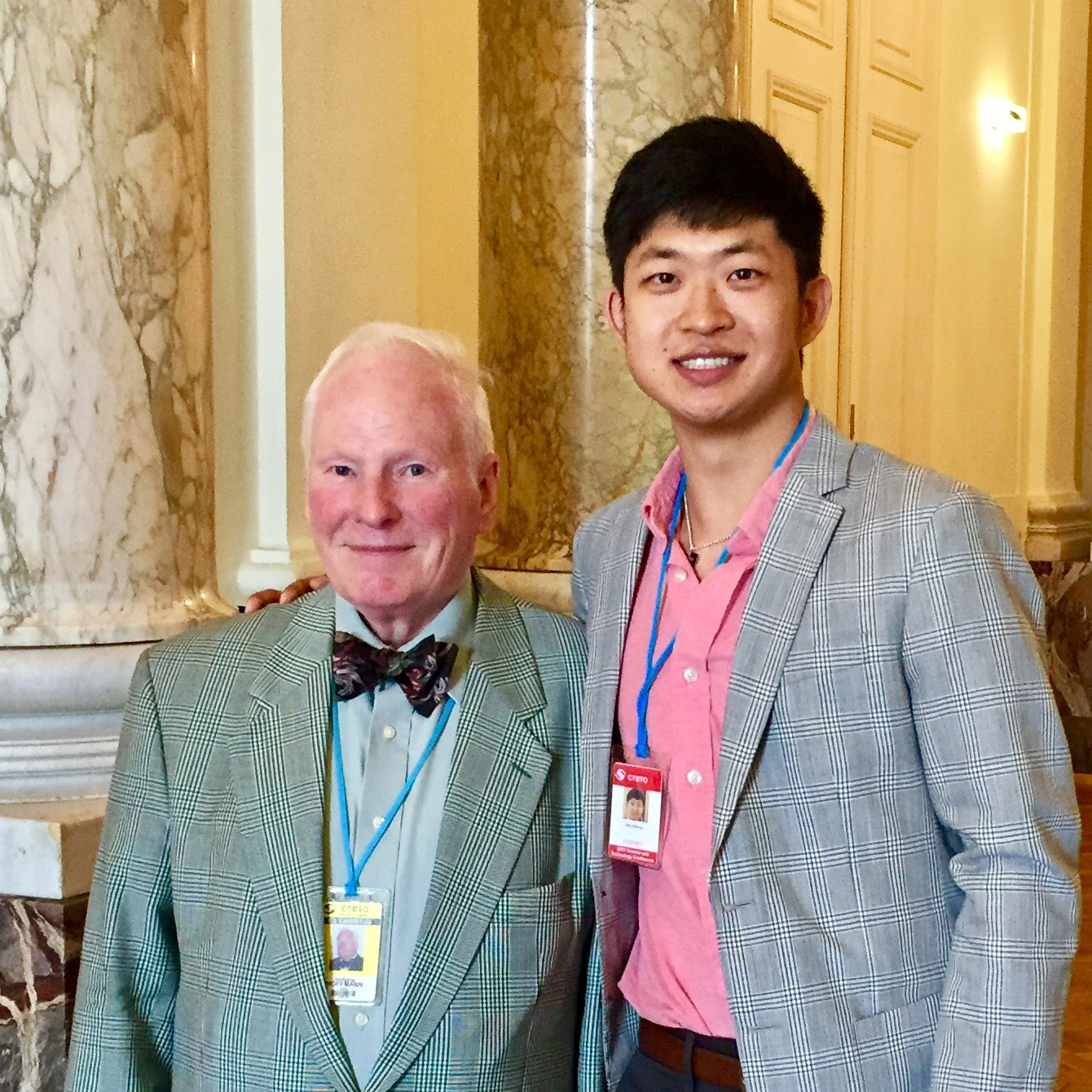 Kevin in Vienna with Wolfgang Hoffman, the founder and first Secretary of the CTBTO and the negotiator of the Comprehensive Nuclear Test Ban Treaty.

I would also say to go abroad. It is unrealistic to think you can change the world without first understanding it, and you cannot understand the world until you have seen it for yourself. If you do not know what to do, where to go, or how to get there, know that the UC Berkeley Office of Study Abroad is the first place you should look. And costs should not be a barrier to going abroad; there are so many scholarships available for students passionate about understanding the world. I would begin your search with the Berkeley Study Abroad scholarships page.

Lastly, I would say to remember your community, especially because many goals in life will go differently from how you might have planned for them to turn out. Any ambitious goal is a marathon, and you need to make sure you don't neglect your friends, your family, and yourself along the way.