The College of Natural Resources recognizes the following faculty members who retired from UC Berkeley during the 2017-2018 academic year. The college congratulates them on this milestone and thanks them for their contributions to students and their fields. 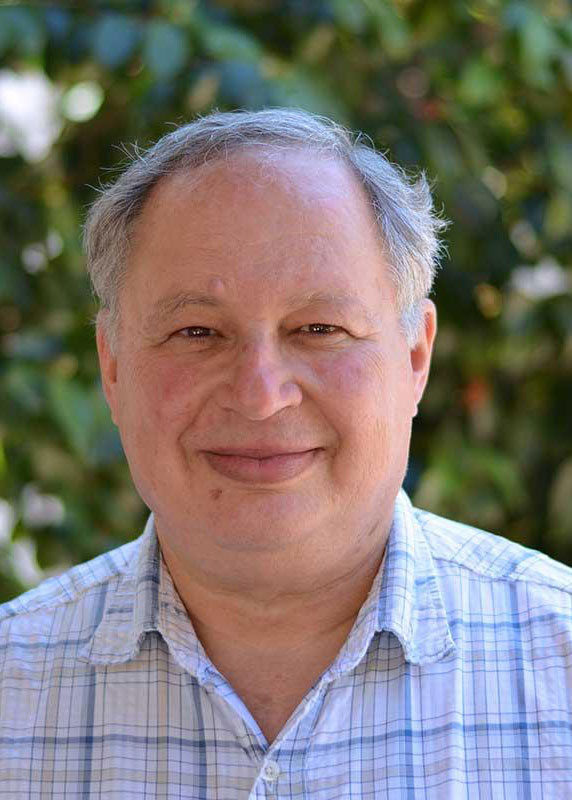 A. Starker Leopold Professor Emeritus of Wildlife Ecology, Environmental Science, Policy, and Management and Biomathematician in the Agricultural Experiment Station

Wayne M. Getz has been a faculty member since 1979, initially as part of the former Department of Entomological Sciences and since 1994 as a member of the Department of Environmental Science, Policy, and Management (ESPM).  He grew up in South Africa, where he obtained a PhD in applied mathematics. His early work at Berkeley was on the application of optimization theory to natural resource management, but also included the sociogenetics of insects, particularly honeybees. The latter focused on aspects of chemosensory perception and Getz was the first to demonstrate that honeybees use olfactory cues to discriminate between full and half sisters within the same hive. After the transition to ESPM, Getz’s focus shifted to wildlife management and conservation, primarily in the context of movement and disease ecology. Over the past 15 years, he has established a worldwide reputation in both fields, having received three consecutive multimillion dollar National Institutes of Health-National Science Foundation Ecology and Evolution of Infectious Diseases grants over the past 20 years to the more than 20 PhD students he has trained in this area. Additionally, his most recent papers place him as one of the world’s leading researchers at the interface of movement and disease ecology. Recognition for his work includes an Alexander von Humboldt Award, Fellowship to the American Association for the Advancement of Science and the California Academy of Sciences, and being named a Berkeley Chancellor’s Professor. His publications include a research monograph, a calculus textbook, and more than 300 research papers. 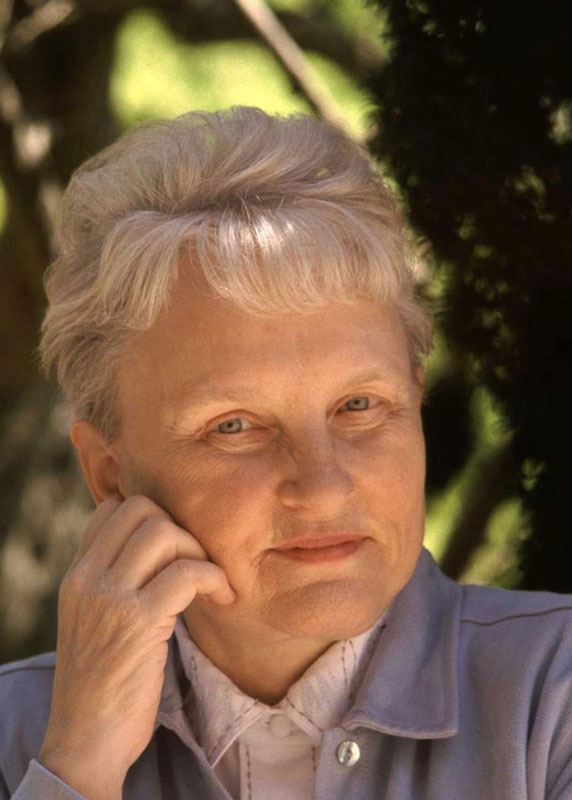 Since its publication in 1980, Carolyn Merchant's landmark book, The Death of Nature: Women, Ecology, and the Scientific Revolution has been translated into six languages and has shaped the fields of women’s studies, environmental history, and the history of science. The Death of Nature is taught as one of the notable works of the ecofeminist movement, of which Merchant herself was a major founder. The subject of over 130 reviews, major symposia, special journal sections, and keynote lectures worldwide, The Death of Nature was followed by Ecological Revolutions; Radical Ecology; Earthcare; Reinventing Eden; American Environmental History; Autonomous Nature; Spare the Birds!; Science and Nature; and The Anthropocene and the Humanities, along with three edited books and over 100 single-authored research articles. A festschrift, After the Death of Nature, and a symposium honoring her work appeared in 2018. Merchant has been a Chancellor’s Professor at UC Berkeley; a Guggenheim fellow; a Fulbright scholar; a two-time fellow at the Center for Advanced Study in the Behavioral Sciences at Stanford University; a fellow at the National Humanities Center in Research Triangle Park, NC; a member of the Institute for Advanced Study, Princeton, and an American Association for the Advancement of Science fellow. She has presented over 360 lectures in the United States, Canada, Europe, Brazil, and Australia. Her works have garnered over 230 reviews and discussions. 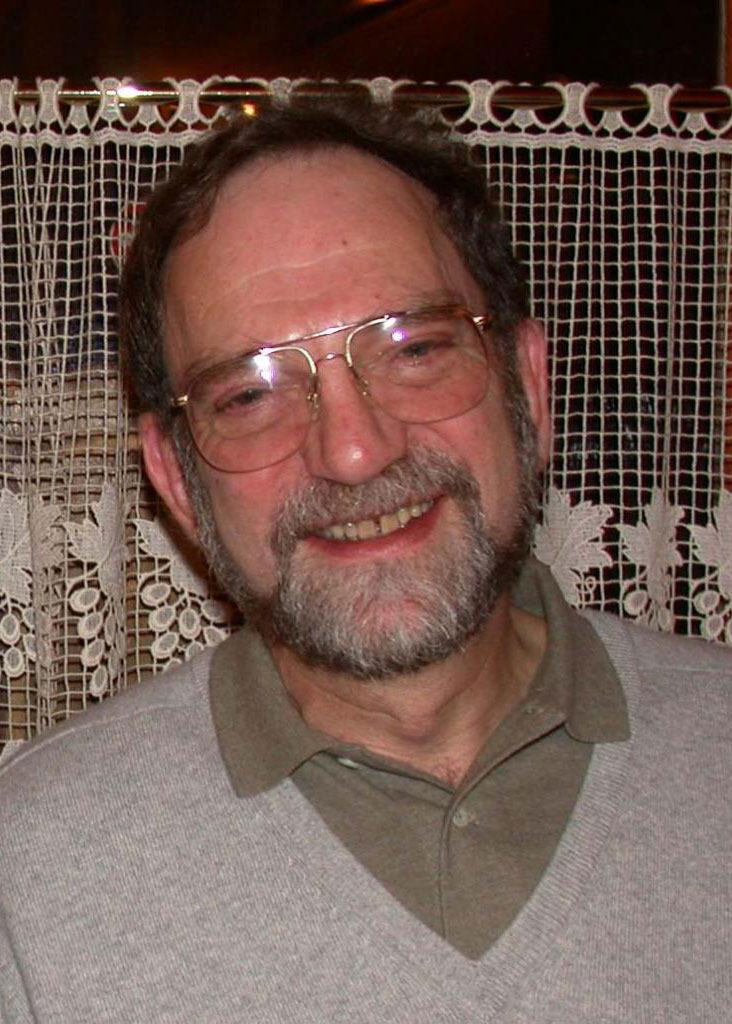 Barry Shane has been part of the Berkeley faculty since 1985, serving as Chair of Nutritional Sciences from 1994-1998. His research has focused on areas of biochemical nutrition including the metabolic role and interrelationships of water-soluble vitamins. His lab has been responsible for cloning many of the human genes of one carbon metabolism and the characterization of their encoded proteins. Employing both humans and genetically modified animal models, he currently studies how genetic variation in the pathways of one carbon metabolism influence chronic disease risk. He is also continuing a long-term collaboration with colleagues at NIH and at Trinity College in Ireland to examine the genetic causes of birth defects such as spina bifida. He is a fellow of the American Society for Nutrition and has received a number of awards, most recently the Danon Institute Mentorship award in 2017. He has had the opportunity to train many graduate students and postdoctoral fellows from around the world and continues to collaborate with many of them. He has also served on many national committees including the National Academy committee that set the recommended dietary intakes for water-soluble vitamins. 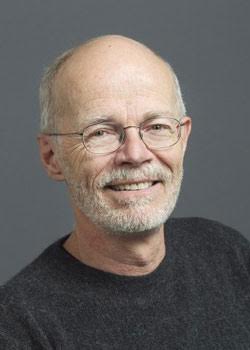 John W. Taylor has been on the Berkeley faculty since 1980, initially in botany and then, in 1989, as a founding member of CNR’s Department of Plant and Microbial Biology. Although trained as a cytologist, at Berkeley Taylor helped initiate the use of DNA to study fungal evolution. In 1990, Taylor, together with sabbatical visitor Tom White, postdoc Tom Bruns and graduate student Steve Lee, published protocols that adapted the polymerase chain reaction, developed at Cetus, to fungal evolutionary biology. Their seminal publication has been cited 25,000 times and ensuing studies in Taylor’s lab of phylogeny and population genetics produced the most widely applied method of fungal species recognition and even showed that fungi exhibit female mate choice. Subsequent genomic research discovered genes that allowed California’s Valley Fever fungus to evolve from vegetarianism to carnivory and other fungi to adapt to changing temperatures. He and his more than 40 doctoral students and postdocs (most of whom hold professorships in the US and abroad), have published more than 230 articles that have been cited more than 56,000 times. Taylor has served as president of the Mycological Society of America (MSA) and the International Mycological Association (IMA), won awards for research from five international mycological societies, been recognized for teaching excellence by CNR and the MSA, and has been elected fellow of the American Association for the Advancement of Science, the California Academy of Science, the MSA and the IMA. Having served as Division Chair, Associate Department Chair and founding Codirector of CNR’s Computational Genomics Resource Laboratory, he will continue to teach as a Professor of the Graduate School.