The Carrizo Plain National Monument is a little-known ecological hotspot in Southern California. Though small, it explodes in wildflowers each spring and is full of threatened or endangered species.

A long-term study led by UC Berkeley and the University of Washington tracked how hundreds of species in this valley fared during the historic drought that struck California from 2012 to 2015. It shows surprising winners and losers, uncovering patterns that may be relevant for climate change.

The findings are published today in Nature Climate Change. 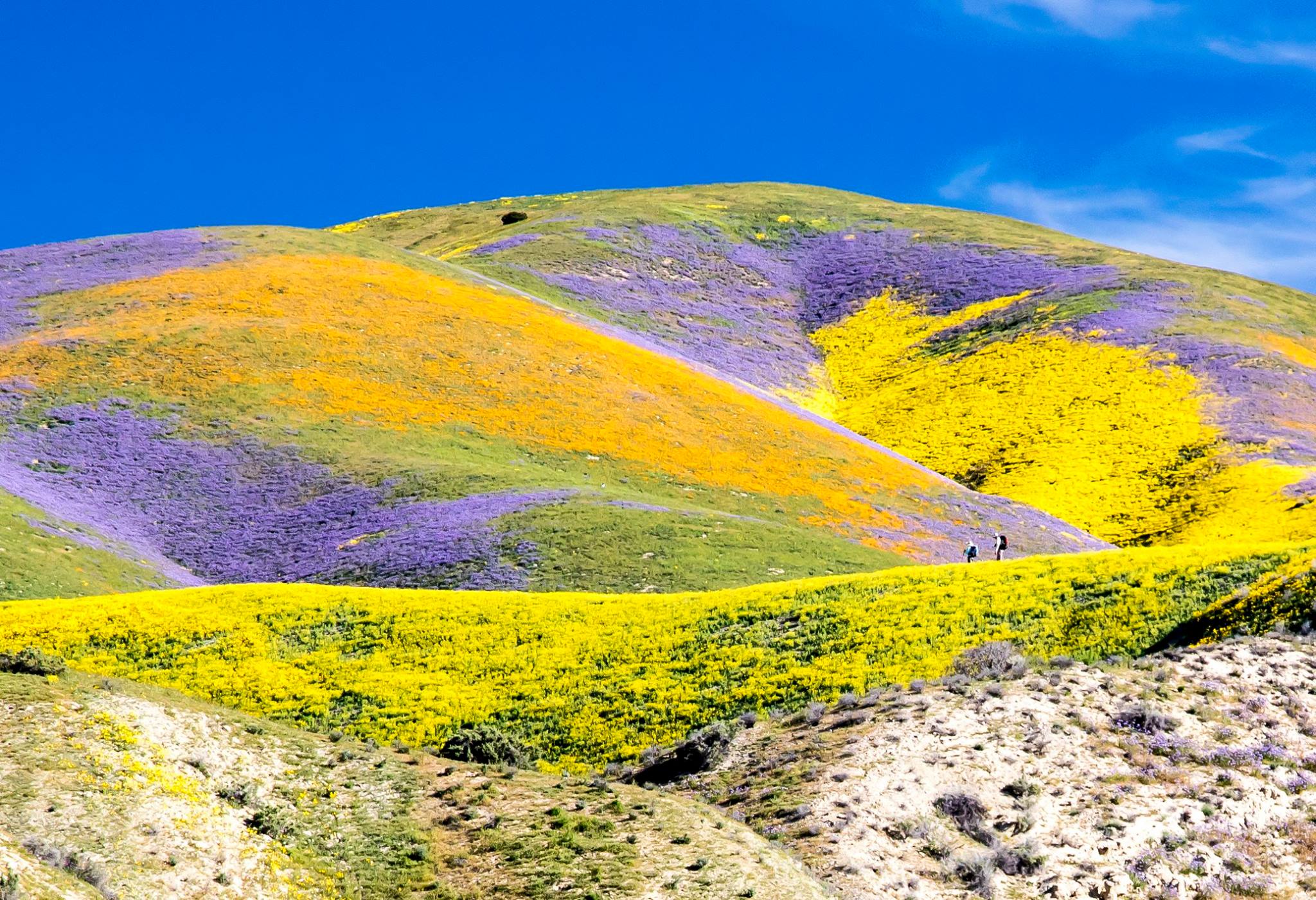 "The Carrizo Plain is one of the global hotspots of endangered species, with endangered species at every trophic level: plants, rodents, carnivores," said lead author Laura Prugh, a former postdoctoral fellow in the Department of Environmental Sciences, Policy, and Management (ESPM) and now a University of Washington assistant professor of quantitative wildlife sciences. "It also is an ideal laboratory to see how an exceptional climate event affects a whole ecosystem."

By studying this natural laboratory for many years, researchers found that drought actually helped ecological underdogs by stressing the dominant species. Similar patterns are likely to hold up for other ecosystems, Prugh said.

"We think that even though these extreme climate events, in the short term, can be pretty devastating for some populations, in the long run they might be important in maintaining biodiversity in the system, by keeping inferior competitors from getting pushed out of the system entirely," she said.

The results also showed surprising losers: carnivores, ranging from foxes to barn owls. These suffered when their favorite prey species became scarce in year three of the drought.

"A lot of times when people think about drought what they're really concerned about is plants, and there isn't as much focus on animal populations," Prugh said. "Our results show that when these extended droughts occur, we really want to pay attention to animals at the top of the food chain, because they're likely to be hit pretty hard."

Prugh began the project in 2007 as a postdoctoral researcher with co-author ESPM professor Justin Brashares, to study the giant kangaroo rat and other endangered species that are abundant in the Carrizo Plain. She sought to understand the relationship between different species to see how protecting one might affect the others.

Then in 2012, the drought began—a prolonged dry spell that studies show may be the worst that California has experienced in 1,200 years.

"We saw our sites turn from these areas that were just beautiful and filled with wildflowers in the spring to what really looked like the surface of the moon," Prugh said. "We realized that we were in a unique position to look at how this historic climate event affected an entire community."

Field crews collected data on 423 species spanning plants, birds, reptiles, mammals and insects. Their field season went from late March through late August from 2007 onward, with support from the National Science Foundation, the Bureau of Land Management and the U.S. Department of Agriculture.

The laborious endeavor took many forms. Researchers cordoned off random plots of land and counted plants inside each square. They dug holes and put pitfall traps to catch insects, and identified everything that fell inside over a two-week period. They set live traps to catch rodents and other small animals during the day, and different traps to catch nocturnal rodents. The volunteer-run Carrizo Plain Christmas Bird Count provided the best numbers for birds. While driving around at night, researchers shone flashlights to look for reflections off the eyes of nocturnal animals. Observers counted the numbers of pronghorn antelope and tule elk from small airplanes.

Over the years, the fate of hundreds of species show how the prolonged drought affected the ecosystem:

"If we'd given up earlier or narrowed our efforts, we would have missed this rare and powerful opportunity to quantify how an ecological community is impacted by a major environmental shock," Brashares said. "Such shocks are intensifying on our rapidly changing planet, and we can't predict and manage their effects if we don't have studies in place to monitor them."

Since the drought ended in 2015, the Carrizo Plain ecosystem has bounced back and the giant kangaroo rat population has also recovered.

"In terms of implications for climate change, it gives some cause for optimism in showing that ecosystems have a remarkable ability to handle some of these extreme events," Prugh said.

Results suggest that focusing on how key prey species respond to a drought could help to predict the fate of top predators, Prugh said, and those key prey species could become a focus for conservation efforts.

Read the full story at its source, University of Washington.