The College of Natural Resources mourns the loss of Professor Peter Berck. Not only was he an outstanding economist and a compassionate friend and colleague, he was a wonderful mentor to generations of students and made major contributions to the public. 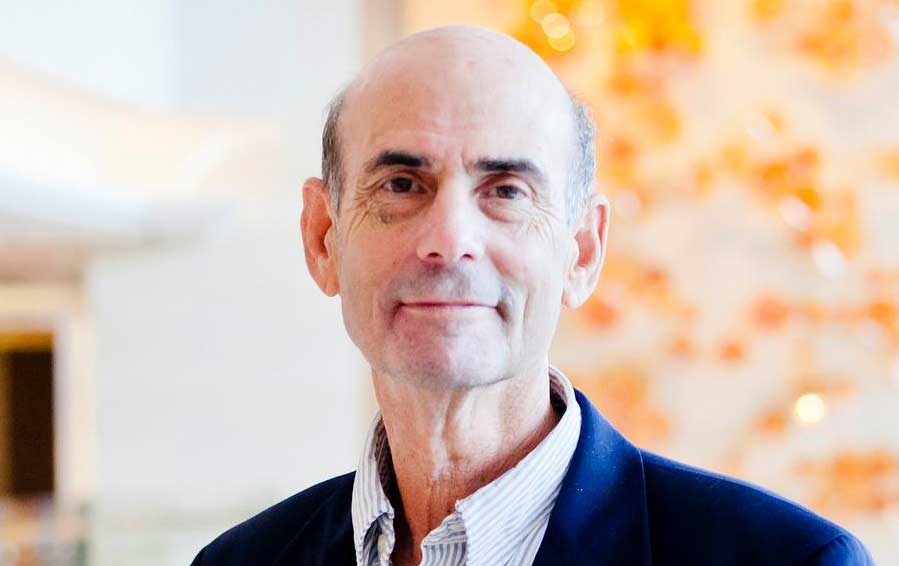 He received a BA in mathematics and economics at University of California, Berkeley in 1971, and a PhD in economics from the Massachusetts Institute of Technology in 1976. His doctoral thesis was a major contribution to forestry economics.

Upon graduating from MIT, he returned to Berkeley, where he spent his academic career, 1976–2018. He was the S.J. Hall Professor of Forest Economics and Professor of Agricultural and Resource Economics in Berkeley’s College of Natural Resources.

He received an honorary doctorate from Umea University in Sweden in 2002. He was named a fellow of the American Agricultural Economics Association in 2008.

Peter was an editor of the American Journal of Agricultural Economics, Natural Resource Modeling, the Giannini Foundation Monograph Series, and the Environment for Development Discussion Paper Series. He chaired the University of California system-wide Educational Policy Committee. He was a member of the Board of Directors, Association of Environmental and Resource Economists.

Peter wrote hundreds of papers in a variety of fields (even going beyond economics). His research throughout most of his career concentrated on the economics of the environment, agriculture, forestry, and economy wide impact of regulation. In recent years, he focused on food security and environment in Africa and other emerging economies.

Peter was widely known as the world’s foremost forestry economist. Initially, the central theme of most of his work was the management of nonfinancial capital by both public and private sectors.  He primarily focused on renewable resources, such as trees and fish, but also addressed food stocks, state-owned enterprises, and clean air. He was the first to derive capital-market rules for renewable resources such as trees and fish in an equilibrium context, incorporating rational expectations. Later he turned to land protection and use, among other topics.

Peter was a very active member of the Department of Agricultural and Resource Economics, the College of Natural Resources, and the Berkeley campus. However, he probably is best remembered for his contributions to the University of California system. Peter was the Secretary and Parliamentarian of the U.C. system-wide Assembly of the Academic Senate for many years. He also served on the system-wide Task Force on Instructional Activities, the Task Force on Copyright, and the Educational Financed Model Steering Committee.

Most importantly, when the University of California prepared to open its tenth campus at Merced, Peter chaired the Task Force that hired the founding faculty. He was Vice Chair of the Committee on Rules and Election at UC Merced and the Merced Representative to the Academic Council.

By insisting that the campus provide a strong education in all major fields, including the sciences, he helped ensure that the campus would be attractive to California generally and particularly to those who lived nearby. Thanks in part to his work, this campus attracts and serves students who traditionally were underrepresented in the U.C. system, thus promoting diversity.

Peter’s contributions to society went well beyond writing academic papers. He was an advisor to the California Air Resources Board and the Department of Finance. He was the Working Group Leader for the Canadian-U.S. Spruce Bud Worm Project. He advised the Chicago Mercantile Exchange; the U.S. Forest Service; the U.S. Department of Justice; the Coffee, Sugar, and Cocoa Exchange; and the Sierra Club Legal Defense Fund.

His academic and applied research greatly influenced public policy, particularly in California. His evaluation of the California Bottle Bill for the Legislature resulted in the implementation of a more robust deposit-refund system in the state.

To analyze California’s State Implementation Plan (SIP) under the Clean Air Act, he modified the DRAM model to create a series of EDRAM (E for environmental) models, which were used by the ARB and the California Energy Commission to examine alternative fuels and to consider regulating greenhouse gasses.

Peter co-wrote two well-regarded textbooks. One, Environmental Economics (with Gloria Helfand), is an introduction to natural resources economics. The other is the Economists’ Mathematical Manual (with Knut Sydsæter and Arne Strøm), which graduate students and academics throughout the world rely upon as a basic reference.
Peter was a very good teacher, but his major contribution to education was as a mentor. He always volunteered to advise undergraduate and graduate students. He was very empathetic and worked particularly hard helping students with psychological and other problems. He involved undergraduate students in research and was an outstanding advisor on graduate theses. He worked to find good jobs for them.

Because of his outstanding work as an undergraduate teacher and mentor, he won Berkeley’s College of Natural Resources Undergraduate Teaching Award in 2018.