The College of Natural Resources welcomes seven new faculty members and two cooperative extension specialists to the College this year. From research on California water policies to plant immune receptors, they study a wide variety of topics, addressing issues of agro-food systems, climate variability, and freshwater ecology, among others. The College looks forward to the contributions they will make—from groundbreaking research to excellence in teaching and outreach. Welcome to CNR! 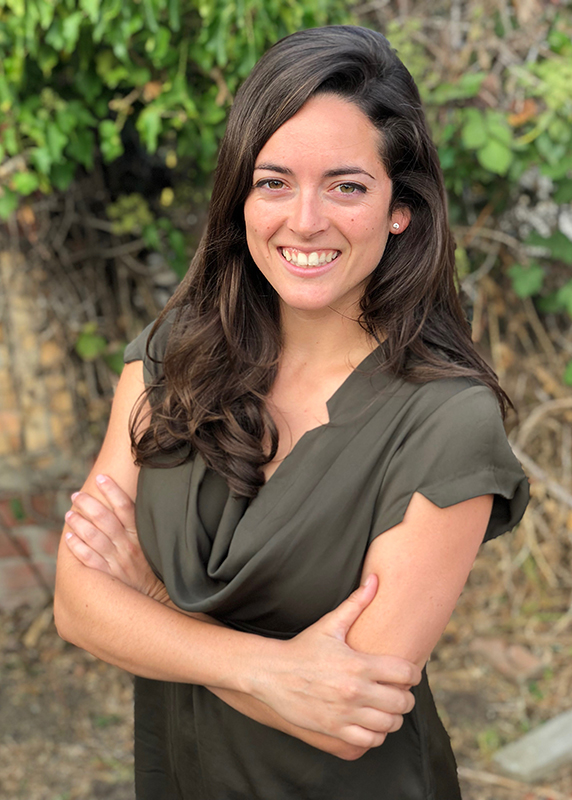 Department of Agricultural and Resource Economics

Ellen Bruno is an environmental and agricultural economist who studies water resources. Inspired by interdisciplinary collaboration, her research blends theoretical economic models and empirical analyses to inform water policy and water management discussions. Her current work relates to the changing regulatory structure of groundwater in California, and to the potential for groundwater markets. Her research compares the economic impacts of different policy instruments for managing agricultural water. Bruno is also examining the role that water markets can play in adaptation to climate change. As a Cooperative Extension Specialist in quantitative policy analysis, Bruno is developing a research and outreach program focusing on policy issues relevant to California’s agriculture and natural resources. Bruno received her PhD and MS degrees in agricultural and resource economics from UC Davis and her BS in management science from UC San Diego. 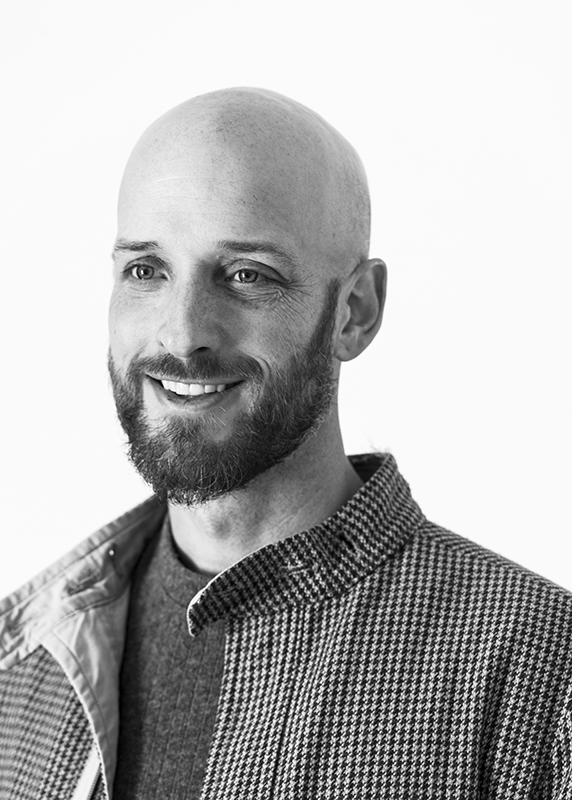 Seth M. Holmes is a cultural anthropologist and physician who studies social hierarchies, health inequities, and the ways in which such asymmetries are naturalized and resisted in the contexts of transnational im/migration, agro-food systems, and health care. His articles and book, Fresh Fruit, Broken Bodies: Migrant Farmworkers in the United States, have received national scientific awards in anthropology, sociology, geography and Latin American studies, including the Margaret Mead Award. Currently, Holmes conducts research on the processes through which biomedical trainees learn to perceive and respond to social differences; the representations of and responses to refugees in Europe; and the sociocultural processes through which indigenous Mexican immigrant farmworker youth navigate discrimination. In addition to scholarly publications, Holmes has written for popular media such as The Huffington Post and Salon.com and spoken on NPR, PRI, Pacifica Radio and Radio Bilingüe programs. He studied Ecology at the University of Washington before pursuing an MD from UC San Francisco and a PhD in medical anthropology from UC San Francisco and UC Berkeley. He completed his residency at the University of Pennsylvania, was a Robert Wood Johnson Health & Society Scholar at Columbia University, and taught at Harvard University. He is currently Co-Chair of the Berkeley Center for Social Medicine. 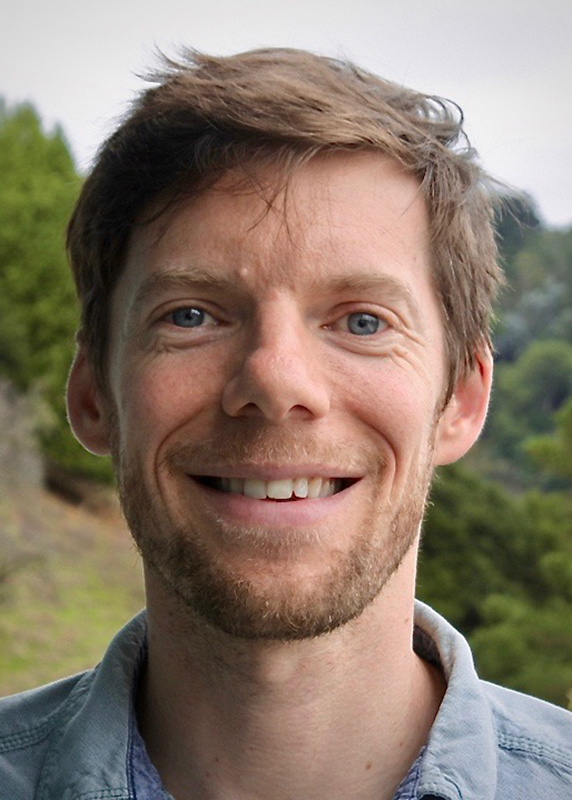 Trevor F. Keenan's research is centered on understanding the impacts of climate variability and long-term change on terrestrial ecosystem function and land surface dynamics, as well as related feedbacks to the atmosphere through ecosystem carbon cycling and water use. His work combines large ecological data sets, models of ecosystem state and function, and data assimilation/mining tools to gain a mechanistic understanding of key physical and biological processes. Keenan employs methods from several disciplines, including ecophysiology and biogeochemistry, micrometeorology, atmospheric science, mathematics, statistics and high-performance computing. He holds a BS degree from Dublin City University, Ireland, an MRes from the University of York, England, and a PhD from the Autonomous University of Barcelona, Spain; he also completed postdoctoral training at Harvard University and prior to moving to Berkeley was a research associate at Macquarie University in Sydney, Australia. In addition to his appointment in ESPM, he is a scientist in the Climate and Ecosystem Sciences Division at Lawrence Berkeley National Laboratory. 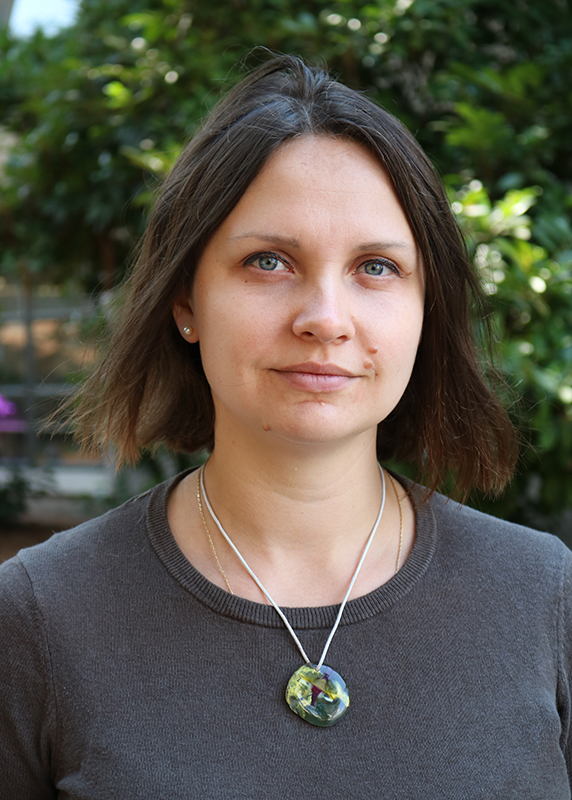 Department of Plant and Microbial Biology

Ksenia Krasileva is an interdisciplinary scientist who studies plant genomics and immunity. She holds a BS and PhD from UC Berkeley where she studied plant-microbe interactions and was trained in genomic and computational biology. She did her postdoctoral studies in wheat genomics at UC Davis where she was supported by a USDA National Institute of Food and Agriculture postdoctoral fellowship to lead the development of wheat exome capture and wheat functional genomics. Krasileva started her own group four years ago at Norwich Research Park in the United Kingdom at Earlham Institute and the Sainsbury Laboratory where she led her research before moving to Berkeley this year. For her contributions to wheat genomics, Krasileva received the Carlotta Award and has served as the principal investigator on several major grants. Currently, she maintains her research interests in the biology of plant genomes, the evolution of plant innate immunity, and functional analyses of plant immune receptors. Research in her lab combines bioinformatics, molecular biology, and field studies to understand and improve plant disease resistance. 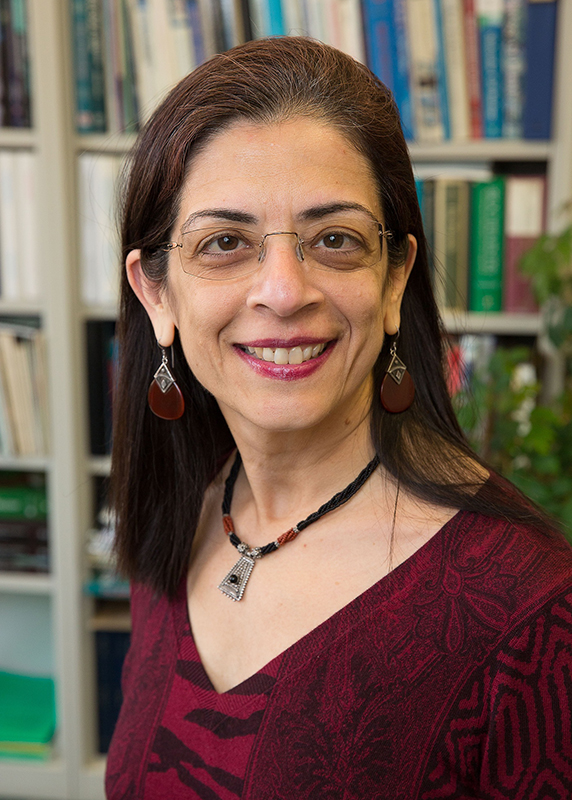 Department of Plant and Microbial Biology

Sabeeha Merchant’s discoveries have influenced scholarly thought in a diverse array of disciplines, from biogeochemistry and biological oceanography to photosynthesis, plant biochemistry and human nutrition. Merchant formulated the concepts of elemental sparing and recycling, which operate to sustain life in situations of deficiency by prioritized distribution of the limiting resource. Merchant is known in plant biology for discoveries relating to chloroplast biogenesis and contributions to the genomics of algae. Her accomplishments are recognized by election to the US National Academy of Sciences, the American Academy of Arts and Sciences and the Leopoldina. Sabeeha Merchant joins CNR after holding positions as Director of the Institute for Genomics and Proteomics and Distinguished Professor of Chemistry and Biochemistry at UCLA. She also holds a guest appointment at the Max Planck Institut in Molecular Plant Physiology. Merchant earned degrees in molecular biology and biochemistry from the University of Wisconsin, Madison, and undertook postdoctoral studies at Harvard University. At Berkeley, she is appointed jointly in PMB and Molecular and Cell Biology. Her research program will emphasize systems biology and comparative genomics of algae for discoveries related to the environment and bioenergy applications, as well as classical biochemistry and state-of-the-art imaging and spectroscopies for discoveries related to trace metal homeostasis. 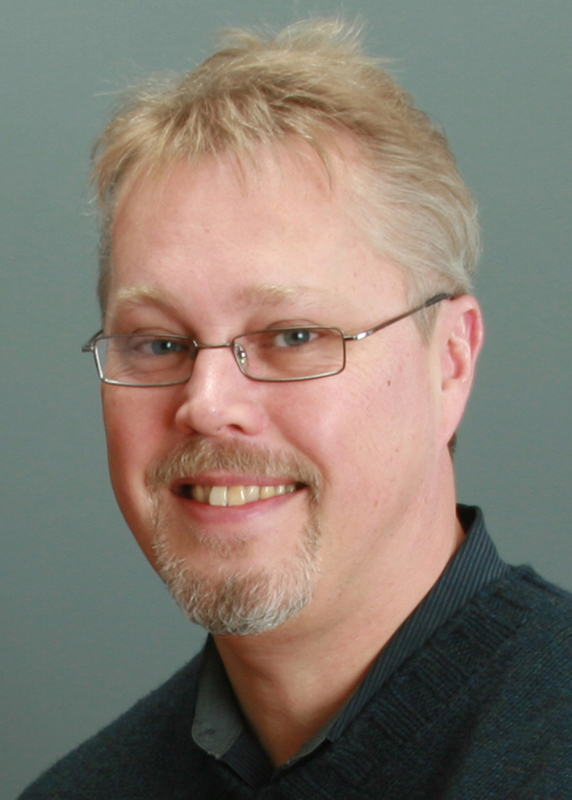 Department of Nutritional Sciences and Toxicology

Anders M. Näär is a Professor of Metabolic Biology in the Department of Nutritional Sciences (NST) and Toxicology. A major focus of his lab is to understand transcriptional and microRNA regulatory mechanisms controlling metabolic homeostasis to guide novel therapeutic strategies for the treatment of cardiovascular disease, obesity, type 2 diabetes, non-alcoholic fatty liver diseases, age-related macular degeneration, Duchenne muscular dystrophy, multi-drug resistant fungal infections, and numerous types of cancer. He received a BS in biochemistry/biotechnology from the University of Lund, Sweden, in 1988, and a PhD in molecular pathology from UC San Diego/Howard Hughes Medical Institute in 1995, studying nuclear hormone receptor mechanisms of gene regulation. He was a postdoctoral research fellow at UC Berkeley/Howard Hughes Medical Institute, where he discovered the human Mediator transcriptional co-activator complex. Prior to joining NST, Näär was a professor in the Department of Cell Biology, Harvard Medical School and the Massachusetts General Hospital Cancer Center, from 2001-2018. 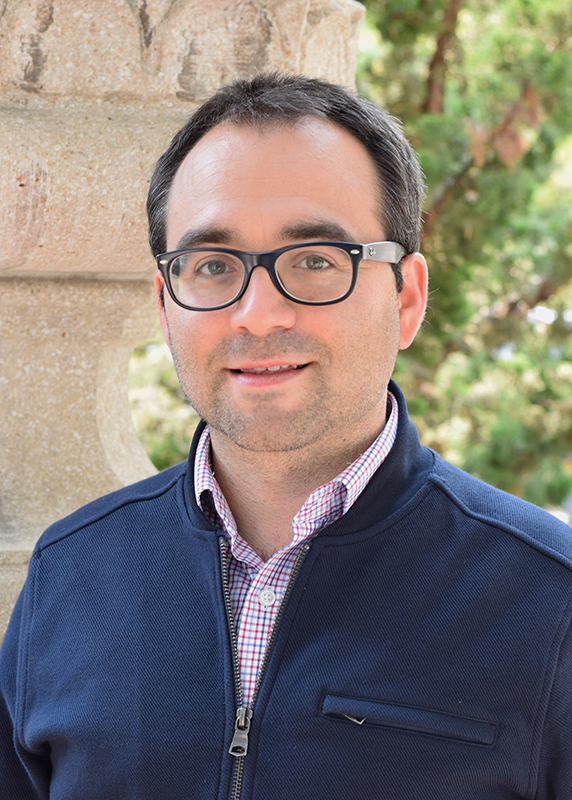 Albert Ruhi is a freshwater ecologist dedicated to understanding how biodiversity in rivers and wetlands is responding to novel environmental regimes. He researches how hydrologic variability controls the persistence of animal communities—both from a fundamental and a conservation angle. He was born in Catalonia, Spain, where he studied biology and earned his PhD in ecology from the University of Girona. His dissertation work focused on invertebrate community assembly in newly-created wetlands, and the ability of these systems to enhance regional aquatic biodiversity. Before joining CNR, Albert was a postdoctoral researcher at Arizona State University, and a fellow at the National Socio-Environmental Synthesis Center. There he studied the effects of flow regime alteration using time-series methods on large biodiversity and hydrological data sets. In ESPM, his lab will continue to focus on the ecological consequences of hydrologic change, whether climatic (drought) or induced by water management (flow regulation by dams). To this end they will combine mesocosm experiments, NSF-funded surveys, and modeling of long-term data. The Ruhi lab also has ongoing projects on the topics of environmental flows, multiple stressors in streams, and wetland ecosystem restoration—all relevant to California’s pressing water challenges. 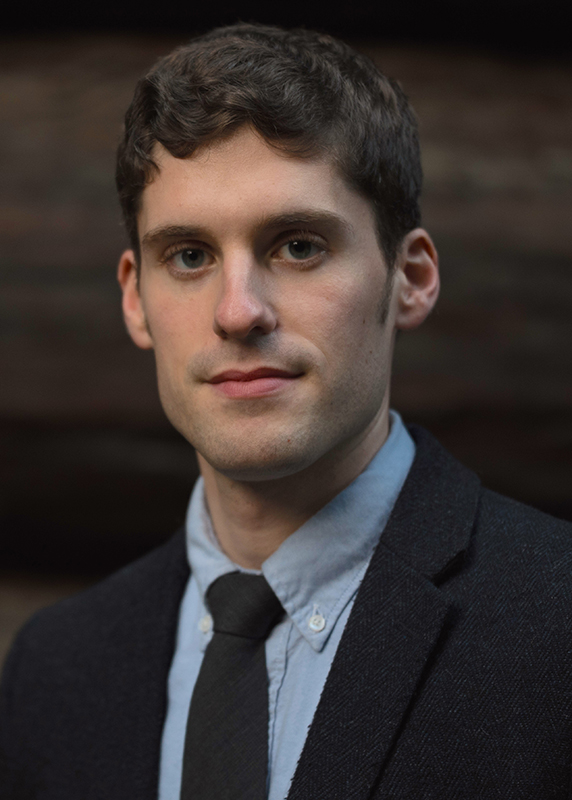 Daniel L. Sanchez is an engineer and energy systems analyst studying the commercialization and deployment of energy technologies that remove CO2 from the atmosphere. Sanchez’s work and engagement spans the academic, nongovernmental, and governmental sectors. As an Assistant Cooperative Extension Specialist, he runs the Carbon Removal Lab, which aims to commercialize sustainable negative emissions technologies, and supports outreach to policymakers and technologists in California and across the United States. Prior to joining the faculty of UC Berkeley, Daniel was a AAAS Congressional Science and Engineering Fellow serving in the Office of Senator Michael Bennet (D-CO). He has previously held positions with the Advanced Research Projects Agency-Energy, Green for All, and the California Public Utilities Commission. He holds a PhD and MS from UC Berkeley’s Energy and Resources Group, and a BSE in chemical and biomolecular engineering from the University of Pennsylvania. 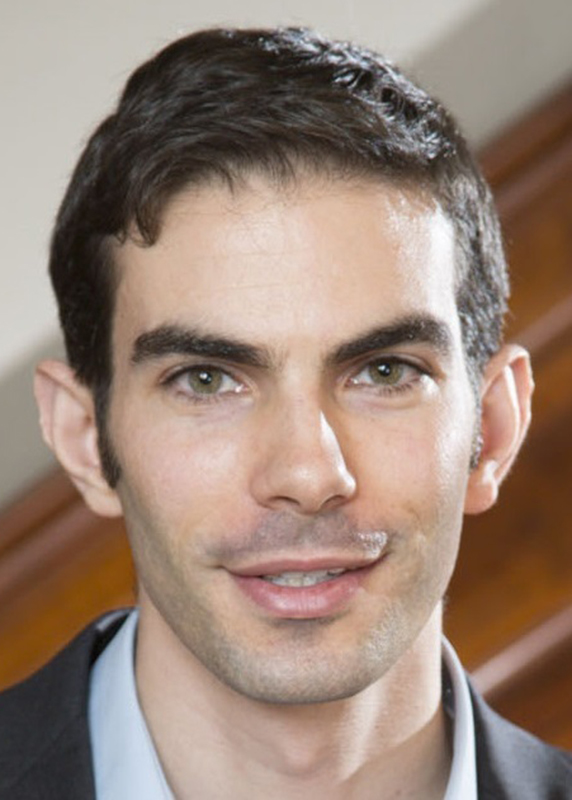 Department of Agricultural and Resource Economics

Joseph S. Shapiro's research investigates the efficiency and effectiveness of environmental and energy policy. His scholarship covers two main research areas: pollution, regulation, and trade; and defenses against environmental externalities. Shapiro has received an Alfred P. Sloan Research Fellowship and Marshall Scholarship, and his research has received funding from the National Science Foundation and the Environmental Protection Agency. He holds a PhD in economics from MIT, masters degrees from Oxford University and the London School of Economics, and a BA from Stanford University. Prior to joining CNR, he was an assistant professor in the Department of Economics at Yale University. In addition to his appointment at ARE, Shapiro is a Faculty Research Fellow at the National Bureau of Economic Research.