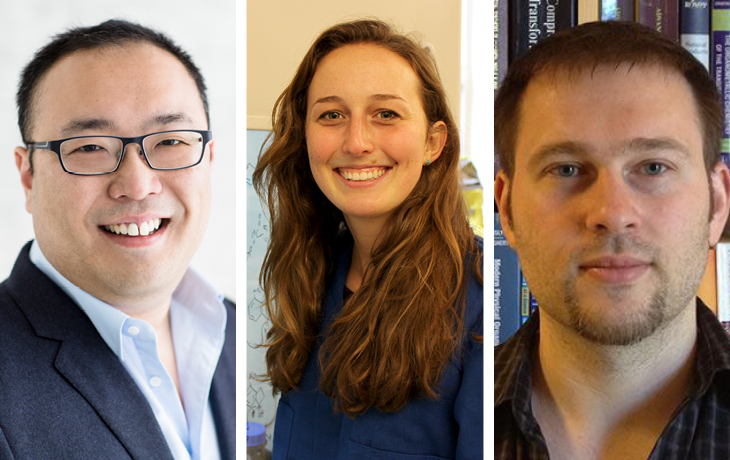 UC Berkeley researchers published a study yesterday in Nature Chemical Biology that investigates how nimbolide, a natural product derived from the neem tree, may function in impairing cancer pathogenicity. This study is part of a growing body of research that explores natural products for proteins that can directly aid tumor suppression.

“We discover here that nimbolide not only impairs cancer pathogenicity through stabilizing tumor suppressors, but that we can exploit nimbolide to also degrade and eliminate other cancer-causing proteins in cells for cancer therapy,” says co-author Dan Nomura, a professor in the Departments of Nutritional Sciences and Toxicology, Chemistry, and Molecular and Cell Biology.

Nomura is the director of the Novartis-Berkeley Center for Proteomics and Chemistry Technologies (NB-CPACT), a partnership between Novartis and Berkeley researchers that focuses on developing new technologies for the discovery of next-generation therapeutics. This is one of the first papers to come out of the collaboration, focusing on using an innovative technology that rapidly maps small-molecule protein targets—including those that have been considered "undruggable."

Neem, Azadirachta indica, is a plant that has been extensively explored by the scientific community for its diverse pharmacological and ethnobotanical potential. Nimbolide is a terpene—a compound produced by the neem tree’s metabolism. Nimbolide has already been shown to exert multiple therapeutic effects against the spread of a wide range of cancers. Nimbolide impairs cancer spread by modifying the signaling pathways that cause tumorous growths, but the mechanism by which it acts remains largely unknown.

The researchers used ABPP to pinpoint the nature of nimbolide’s unique properties that make it an excellent candidate for cancer therapy research. They determined that nimbolide can ‘recruit’ a protein that exists in a cell called RNF114. RNF114 is an E3 ligase—a structure that functions to tag proteins for elimination by the “cellular trash can,” naturally degrading proteins that the cell no longer has a use for. Nimbolide attaches to RNF114 and impairs its ability to degrade tumor suppressors, leading to an increase in the availability of anti-cancer proteins in the body.

Out of 600 available E3 ligases that could be used in cancer drug therapies, nimbolide is the third compound to be characterized that recruits E3 ligases for targeted protein degradation applications.

According to Nomura, E3 ubiquitin ligases have been traditionally very difficult to study. “They are thought to "undruggable," because they don't have classical binding pockets that a drug might be able to bind,” says Nomura.

Utilizing the cell’s natural trash can to develop targeted drug therapies is an exciting new field for future cancer drug therapy applications. “One limitation of this approach is that until now we have only had two main recruiters for E3 ligases,” says Nomura. “We are excited that this research pinpoints nimbolide as a third. Looking into the future, the Novartis-Berkeley collaboration is working to discover additional recruiters against many other E3 ligases.”

Read the study and Nature Chemical Biology’s highlight of the team’s research.