The College of Natural Resources (CNR) congratulates the following faculty members on their retirement. The College thanks them for their contributions to Berkeley and wishes them the best in all their future endeavors. 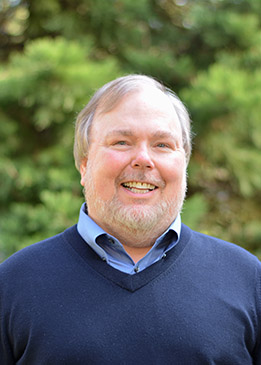 Greg Biging joined the Berkeley faculty in 1978 in the Department of Forestry.  Since 1994, he has been a member of the Department of Environmental Science, Policy, and Management (ESPM). Biging’s early work established an extensive network of forest monitoring plots to develop a database for modeling the dynamics of California’s mixed conifer forests. This data resulted in highly-cited publications on tree competition indices and the development of a forest simulation system used by universities, companies, and agencies to project how forests develop through time. Following that effort, Biging largely focused on remote sensing of forests, working closely with professors Russell Congalton and Peng Gong. From 1994 to 1998, he was the director of Berkeley’s first environmental remote sensing center, the predecessor of the Geospatial Innovation Facility. He improved remote sensing techniques for forest and agriculture and developed fuzzy classification metrics to assess the accuracy of maps derived from remotely sensed data. Recently, he has worked with John Radke on climate change projects for the California Energy Commission to assess the impact of future sea level rise and wildfires on important Bay Area and California infrastructure. As a professor, Biging pioneered several key courses that expose both graduate and undergraduate students to modern sampling strategies and spatial statistics in the fields of remote sensing and Geographic Information Science. Biging has been a visiting scholar in South Korea and Italy, and he was a recent Fulbright Scholar in Chile. He served as vice chair of instruction for ESPM from 2016-2019 and 2002-2005 and as associate dean of Forestry and Extension from 2005-2008. 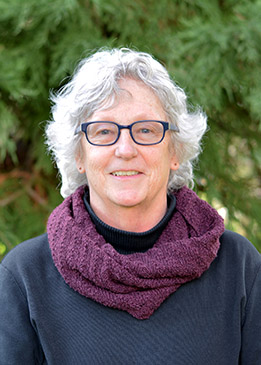 Mary Firestone joined the Berkeley faculty in 1979. She has taught the courses Soil as a Medium for Plant Growth, Soil Microbiology, and Introduction to Environmental Sciences and she has mentored more than 70 graduate students and postdoctoral scholars. She was active in Berkeley faculty governance, chairing the Berkeley Academic Senate in 2008 and receiving the Berkeley Faculty Service Award in 2012. Firestone was a founding chair of ESPM in 1994 and received CNR's Career Achievement Award in 2013. Academically trained as a microbiologist and a soil scientist, over the course of her career Firestone became a microbial ecologist exploring the roles of soil microorganisms in terrestrial ecosystems. She is known for her work on microbial mediation of nitrogen oxidation and reduction processes, including soil microbial control of nitrous oxide and nitric oxide production, adaptation of microbes to the desiccation characteristic of semi-arid soils, and carbon and nitrogen-based interactions among plant roots and soil organisms. Firestone received a Biotechnology and Biological Sciences Research Council (BBSRC) Underwood Fellowship to support research at York University and a Fulbright Fellowship for her work at Lincoln University. Her work has been recognized by a range of disciplines, reflecting the breadth of areas comprising terrestrial ecosystem sciences. She is a fellow of the Soil Science Society of America, American Academy of Microbiology, Ecological Society of America, and American Geophysical Union and she was elected to the National Academy of Sciences in May 2017. As a professor of the Graduate School, Firestone directs an active research program exploring soil microbial mediation of root carbon transformation to stabilized soil organic matter. 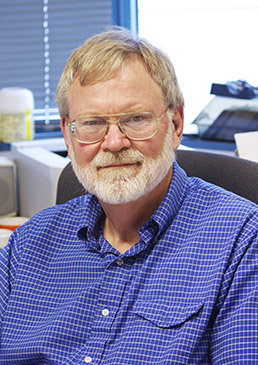 Steven Lindow joined the Department of Plant and Microbial Biology (PMB) in 1978. His research studies bacteria that live on plant surfaces, with a focus on those that form ice in frost-sensitive plant species. His lab also researches bacteria associated with fire blight, a disease that frequently damages pear and apple orchards. Lindow’s studies have been used to form biological strategies for plant disease and frost control that can be implemented as an alternative to chemical pesticides. He has spoken at more than two hundred national and international meetings about the safety and design of genetically modified organisms and served on the editorial board of the Proceedings of the National Academy of Science of the United States of America (PNAS) and as the executive associate dean in the College of Natural Resources. In 2004, Lindow won CNR’s Distinguished Teaching Award. He is a member of the National Academy of Sciences and a fellow of the American Association for the Advancement of Sciences 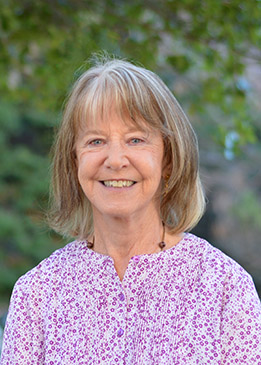 Katharine Milton joined the UC Berkeley faculty in the fall of 1980 in the Department of Anthropology and in 1990 joined ESPM. Her research has focused on the behavioral ecology of wild primates, particularly howler monkeys, spider monkeys, and woolly spider monkeys, and the behavioral ecology of six different remote forest-living indigenous peoples in the Amazon Basin of Brazil. Her work with howler monkeys has been extensive, beginning in 1974 and continuing to this day. She has published a number of scholarly publications and popular articles related to her research that focuses on howler, spider, and woolly spider monkeys, as well as on the Maku, Arara, Parakana, Mat’s, and Mayoruna Brazilian indigenous tribes. She has collaborated with numerous individuals, from undergraduate students to scientists outside of Berkeley, in her extensive Neotropical field work. Her work has been sponsored by organizations such as the National Science Foundation, the World Wildlife Fund, the Smithsonian Institution, and the US Department of Agricultural Research. She is an elected fellow of the American Society of Arts and Sciences, the California Academy of Sciences, and the Society of Women Geographers. 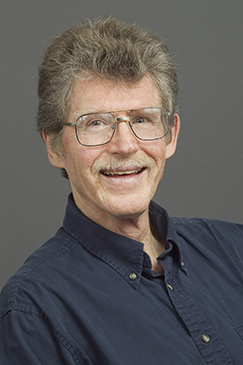 In 1987, Peter Quail joined PMB as a professor and research director of the UC Berkeley Plant Gene Expression Center. During his career at Berkeley, his scientific contributions included finding and sequencing the genes that encode phytochromes, proteins that use light to regulate plant growth and development. He then went on to define the molecular mechanism of signal transfer from the light-activated phytochromes to the genes that they regulate. Quail later applied his research to agricultural biotechnology, explaining how manipulating the phytochrome system could produce higher yield plants. He also developed an optogenetic system that could switch gene expression on and off with light in any cell. Quail has worked with the Rockefeller Foundation for more than fifteen years, initially with the International Program on Rice Biotechnology and then with the Program on Biotechnology, Breeding, and Seed Systems for African Crops. Both programs aim to use biotechnology to help feed people in regions facing severe food shortages. He has received numerous fellowships and awards, including election to the National Academy of Sciences, an American Society of Photobiologists Research Award, and an Institute for Scientific Information Award for being among the top 15 most-cited authors in the plant and animal science. 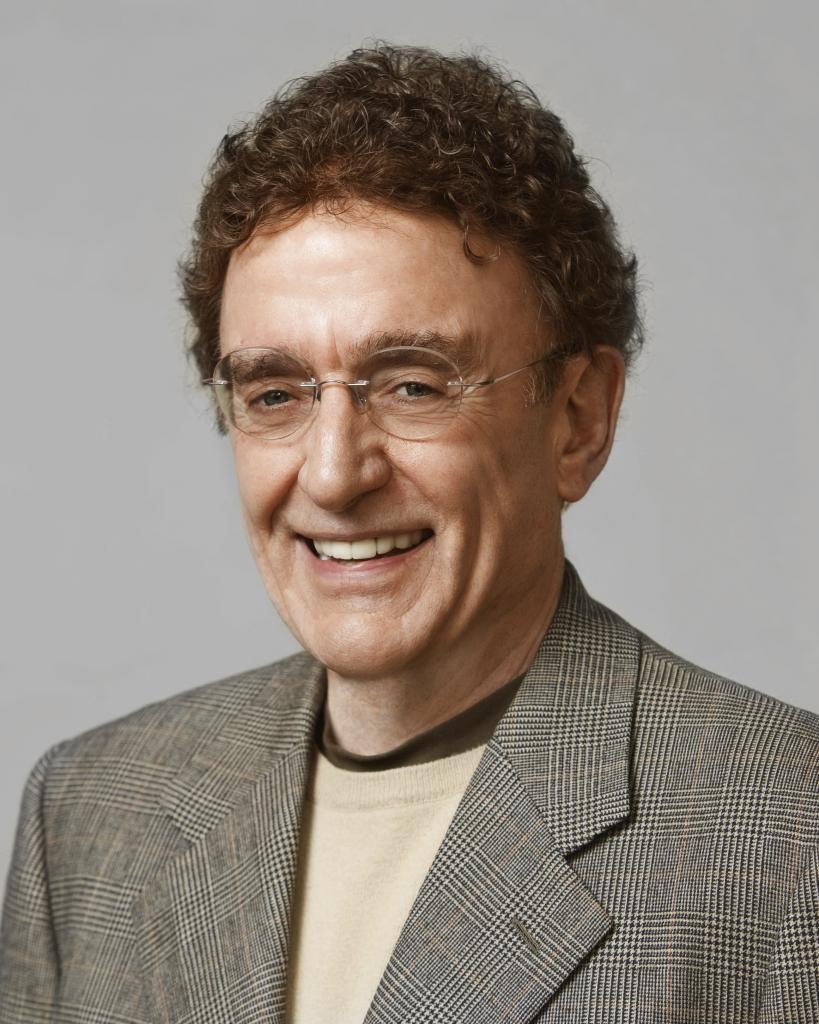 Gordon Rausser, an eminent agricultural and resource economist, has combined meritorious careers in academia, government service, business, and public policy. He has served on three separate occasions as Chair of the Department of Agricultural and Resource Economics and was Dean of the College of Natural Resources for six years. He has been elected a Fellow of a number of professional associations, including the American Association for the Advancement of Science, the American Statistical Association, and the Agriculture and Applied Economics Association. He has been the recipient of twenty-five research, instructional, and distinguished service awards, including national awards for best journal articles, research discovery, and publications of enduring quality. His government service includes serving two years with the Council of Economic Advisors, two years as Chief Economist at the Agency of International Development, U.S. State Department, and four years as President of the Institute of Policy Reform, Washington, D.C.