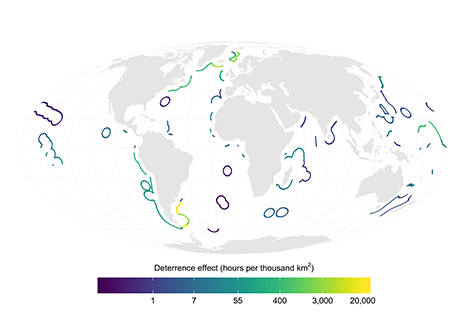 About 39% of the ocean is covered by Exclusive Economic Zones (EEZ), which give nation-level property rights to marine resources, such as fish, oil, and minerals. More than 95% of global marine fish catch occurs inside EEZs, and countries have the exclusive right to manage and use all natural resources within their EEZ. Since assigning property rights to natural resources has been shown to improve both economical and ecological outcomes, EEZs could be an important tool for improving the sustainability and profitability of global fisheries.

However, EEZs cover large swaths of remote ocean and patrolling their boundaries to prevent unauthorized fishing is very expensive. Without enforcement, unauthorized foreign fishing vessels might not respect other countries’ EEZs, which would undermine the incentive for countries to sustainably manage the fish stocks inside their EEZs.

In a study published today in Nature Sustainability, Gabriel Englander, a 5th year PhD Candidate in the Department of Agricultural and Resource Economics, tests whether unauthorized foreign vessels are deterred from fishing inside EEZs. Analyzing global fishing activity near the boundary between each nation’s EEZ and the high seas—which no nation has claim to—Englander’s results are the first to demonstrate that assigning property rights across countries leads to the protection of fisheries from unauthorized fishing. 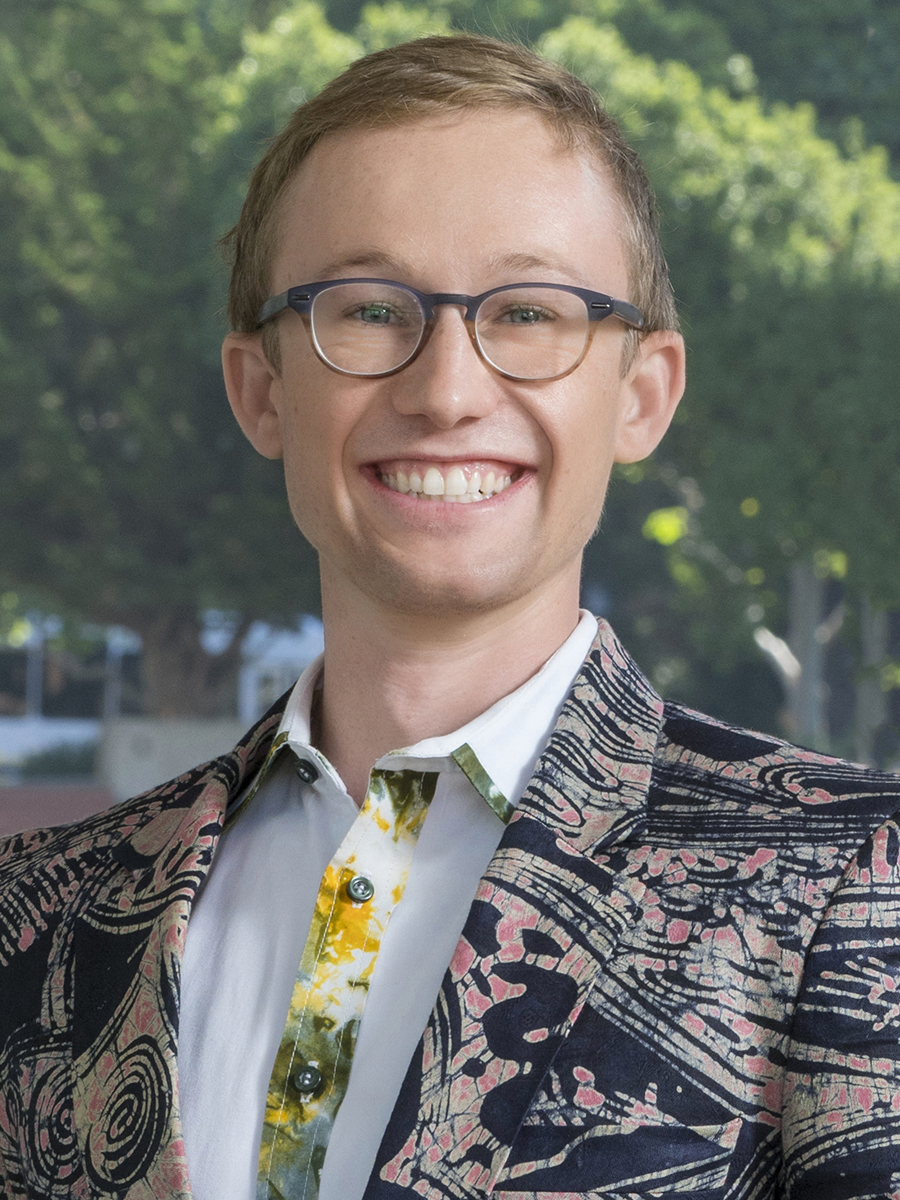 According to Englander, data on wildlife can be relatively sparse compared to available datasets on energy consumption or the labor market. “This creates challenges for conducting quality empirical research,” said Englander. In August 2017, however, Global Fishing Watch made a new data set available. “The data contained information on large vessels and their movements in space and time, and Global Fishing Watch applied convolutional neural networks to detect fishing activity from the vessel movement,” he said. “I was really excited to work with this data. Fish are wildlife, too!”

Englander also found that 10 EEZ-sea regions account for 97% of the global deterrence effect. “The large overall deterrence effect comes from just a couple of places. What these places have in common is that they are all valuable near their boundaries,” said Englander “Because enforcing EEZ boundaries is so expensive, it is only worthwhile for countries with the most valuable fisheries near their boundaries.” These EEZ-sea regions belong to Argentina, Iceland, Norway, the Faroe Islands, the Falkland Islands, Canada, the Marshall Islands, and Peru. Vulnerable species that occur in these EEZ-sea regions—such as Argentine Angelshark, Greenland Shark, and Atlantic Halibut—are being protected by the existence of EEZs. These results suggest that property rights institutions can enable effective governance of global marine resource use, particularly for resources that are valuable enough to justify enforcement costs.

This research was supported by funding from NOAA Fisheries and Sea Grant.