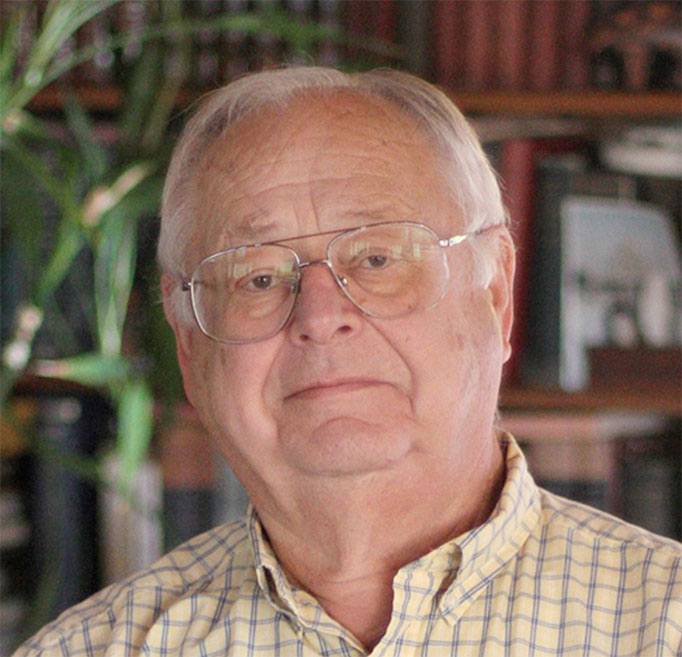 Watson “Mac” Laetsch, a distinguished professor emeritus of plant biology and former Vice Chancellor at UC Berkeley, passed away at his home on January 5th. He was 86.

Born January 19, 1933 in Bellingham, Washington, Laetsch earned undergraduate degrees in botany, zoology, and history from Wabash College before attending Delhi University in India on a Fulbright scholarship. There he met his future wife, Sita Priyadarshini Capildeo, to whom he was married for sixty-one years until her death on January 10th last year. They relocated to the U.S. together and started a family, and Laetsch earned his Ph.D. in Biology at Stanford University in 1961. He was a National Science Foundation senior postdoctoral fellow at University College London and taught at SUNY Stony Brook University, before joining the UC Berkeley Department of Botany faculty in 1963.

As a faculty member at the College of Natural Resources, Laetsch played a leading role in the redesign of the Plant Biology program, and for his exceptional instruction, he received a Campus Distinguished Teaching Award. Laetsch wrote the textbook Plants: Basic Concepts in Botany, co-edited two scholarly anthologies, and published dozens of articles on such research as fern embryology, plant physiology, and photosynthesis. A fellow of the American Association for the Advancement of Science (AAAS), he was also founder and president of the Association of Science and Technology Centers, where he was recognized for exemplary service and for furthering the public understanding of science, particularly in the U.S. and India.

Laetsch served as director of both the Lawrence Hall of Science and the UC Berkeley Botanical Garden, where he expanded programs, acreage, and holdings. A strong proponent of improving and expanding access to science curricula, he was appointed Vice Chancellor for Undergraduate Affairs in 1980. In this role, he directed a major program to bolster minority representation among Berkeley students, and he pushed to develop the community college transfer program, among other initiatives. Serving as the Vice Chancellor for Development beginning in 1987, Laetsch raised funds through the “Keeping the Promise” campaign to support programs and projects like the modern construction of the Valley Life Sciences Building.

Following his retirement in 1991, Laetsch went on to co-chair the Bancroft Library capital campaign. He also served on the advisory board of the College of Natural Resources, on the Library Development Board, and as a trustee for the UC Press Foundation. In addition, Laetsch was the founding member and co-chair of the Mark Twain Luncheon Club and was actively involved in the Learning in Retirements program, which offers free courses for UC Berkeley retirees. As a member of the Faculty Club Monks Chorus, he performed at the Faculty Club Christmas celebrations each year, and he and his wife led over thirty educational Bear Treks/Cal Adventure tours.

“Mac—as he was known to all he met—had a genial manner and a winning personality that underlied his many talents,” said Lew Feldman, professor of plant and microbial biology and executive director of the UC Berkeley Botanical Garden. “He often went out of his way to help individuals who were new to academia to advance their careers. We will all remember Mac’s organizational know-how, his good spiritedness, and his dedication to Cal.”

Laetsch’s commitment to the Bay Area community extended far and wide. He founded and led the California Native Plant Society and served on several institutional boards, including at the San Francisco Zoological Society, the California Academy of Sciences, and Alta Bates Hospital. He held a leadership position with Children's Hospital Oakland and its Research Institute, worked on an international science museum collaborative, and for many years, served on the Indo-U.S. Subcommittee for Education and Culture. In his free time, he grew commercial walnuts, wine grapes, and antique varieties of apple.

“Mac was one of the most gracious and generous people I have known—qualities that were matched with a keen intellect and a strong social conscience,” says Keith Gilless, professor of forest economics in the Department of Agricultural and Resource Economics and the Department of Environmental Science, Policy, and Management, and a former dean of the College of Natural Resources. “He was a wonderful mentor to many inside and outside of academia.”

Laetsch is survived by his older brother Bruce, sons John and Krishen, his daughter-in-law Jenny, and his grandson Charlie. A celebration of his life will take place on Sunday, April 26th at UC Berkeley.