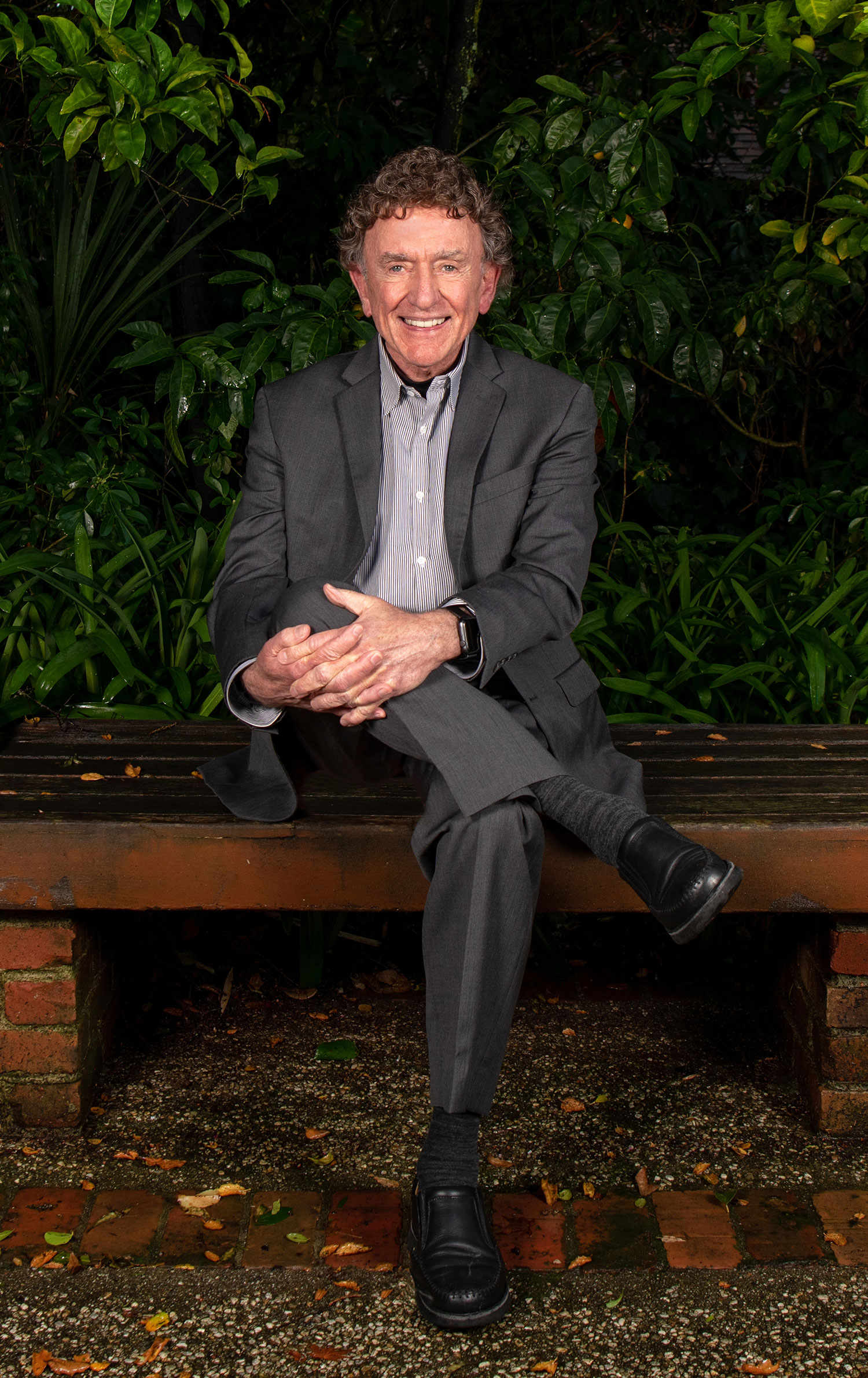 Former dean Gordon Rausser has made a commitment of $50 million to the College of Natural Resources. Photo by Keegan Houser.

The gift, the largest donation ever received by the college and the largest naming gift of any academic unit at UC Berkeley, will support the school’s land-grant mission to take on key economic, social, environmental and health challenges facing the state and the nation. Major initiatives led by the college include mitigating and adapting to climate change, accelerating the clean energy transition and improving food security and nutrition for all.

“The state of California, and the nation as a whole, face enormous environmental risks today that didn’t exist 20 years ago, and we as a society haven’t found the will to address them squarely,” Rausser said. “Rausser College has some of the best economists in the world and some of the best scientists in the world, and by working together, as they must, they uniquely position the college to provide not only the fundamental science, but also the practical solutions, needed to tackle these challenges.”

“Gordon Rausser’s incredible contribution of his own personal resources to support the mission of UC Berkeley and Rausser College is an unparalleled vote of confidence in the college, the university and our mission,” said Chancellor Carol Christ. “Gordon’s legacy of outstanding leadership at the college in and of itself left an indelible mark on our campus and community. His willingness and ability to now provide a strong financial foundation for the college’s future is a contribution whose true value is beyond measure.”

The majority of the funds will create an unrestricted endowment that can be used at the direction of the dean, in consultation with faculty leadership, to support a variety of needs across the college’s five departments — from supporting graduate students to launching new interdisciplinary research programs.

In addition, a portion of the gift will be used to establish the Gordon Rausser Endowed Chair in the Department of Agricultural and Resource Economics, where Rausser served for over four decades. Another portion will help set up a Rausser-Zilberman Program Endowed Fund for the Master of Development Practice (MDP) Program, which will support students, curriculum enhancements and field opportunities abroad.

“An endowment gift of this size and nature provides the college with a permanent funding source that will fuel innovation and creativity, enhance the quality of our programs and help us stay competitive — it is truly extraordinary,” said David Ackerly, dean of Rausser College. “We will invest in graduate student support to recruit and train the world’s best scholars and support innovative interdisciplinary research to tackle major problems at the state, national and global levels.”

Other priorities include faculty recruitment and retention, equity and inclusion programs and curriculum innovations, Ackerly said.

Rausser first joined the Berkeley faculty in 1978 after leaving his faculty position at Harvard University. He went on to  serve as chair of the Department of Agriculture and Resource Economics on three separate occasions before being appointed dean of the College of Natural Resources in 1994. As dean, Rausser oversaw a massive expansion and reorganization of the college, growing the number of faculty at the college by approximately 20%.

Rausser foresaw the need to increase the college’s fundraising enterprise, and under his leadership the college greatly expanded its philanthropic activity. During his time as dean he worked in partnership with the alumni community to create eight new faculty endowed chairs. Today these endowed chairs are a crucial tool for recruiting and retaining the highest-quality faculty. He also spearheaded the Berkeley-Novartis Agreement, a creative research and development agreement between the College’s Department of Plant and Microbial Biology and the Novartis Agricultural Discovery Institute to advance fundamental research in plant biology and genomics. The Berkeley-Novartis Agreement was novel at the time and laid the groundwork for future public private partnerships.

Outside of Berkeley, Rausser has distinguished himself as an economic and policy adviser to the U.S. government and the state of California, as a business consultant and venture capitalist and an entrepreneur. While on academic leave, he served as senior economist on the President’s Council of Economic Advisors (1986-1987) under Ronald Reagan and subsequently became chief economist of the U.S. Agency for International Development (1988-1990). His accomplishments also include co-founding Emeryville-based OnPoint Analytics, which provides business consulting services specializing in expert testimony in economics, data analytics, finance and statistics, and co-founding with Berkeley colleagues the Law and Economics Consulting Group.

He is the recipient of 29 academic research, teaching and leadership awards. The most recent of which is having his professional society — the Agricultural & Applied Economics Association (AAEA) — honor his work by naming the conference keynote, in perpetuity,  in recognition of his lifetime research achievements and exceptional intellectual leadership of the profession. The first Rausser Keynote address will take place this year at the AAEA annual society meetings.

Rausser said the gift is a continuation of his more than 40-year commitment to the campus and its public mission — and that his success as a business leader and entrepreneur enabled him to make it happen.

“Personally, I can think of no institution in California that’s had a greater impact on our past, or has a greater power to shape our future, than Berkeley has, and I take great pride in the fact that Rausser College is one of the cornerstones of this remarkable institution,” Rausser said. “I know what the college  is capable of, given the right resources, and I want to ensure that the college achieves an unparalleled level of excellence.”

Read this announcement on the Berkeley News site.