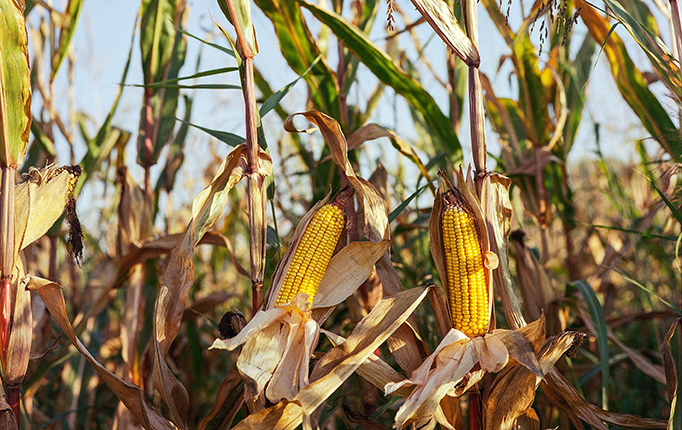 Photo by Balázs Benjamin via Pexels.

Corn yields can be increased by crop rotation, according to a recent study led by Timothy Bowles, assistant professor in the Department of Environmental Science, Policy, and Management (ESPM). The study, done in collaboration with the New Hampshire Agricultural Experiment Station at the University of New Hampshire, found that greater diversity in crop rotations can boost corn production over time, despite conditions of drought or excess moisture.

Published in the journal One Earth, the study analyzes long-term crop yield data from 11 locations across the United States and Canada. The integration of crop diversity into planting rotations was found to increase corn yields by 28 percent on average, regardless of other growing conditions. Yield increases ranged between 15 and 90 percent by using more than one crop—such as sorghum, oats, rye, alfalfa, spring barley, red clover, or winter wheat—in the rotation.

The research group included ESPM postdoc Maria Mooshammer and graduate student Yvonne Socolar, as well as scientists from the U.S. Department of Agriculture’s Agricultural Research Service and seven other universities. The findings suggest that the “rotation effect” could enhance corn production through improved soil health, pest and disease reduction, and fewer weeds. In previous studies, the additional diversity in crop rotations was shown to improve the soil retention and availability of nitrogen during critical growing periods.

With the expansion of monoculture over the past two decades, the benefits of crop rotation have often been lost.  “Monocultures and short two-crop rotations often require more nonrenewable inputs than more complex rotations,” says Bowles. “Monocultures also contribute to well-documented negative environmental consequences. Here, we show that loss of crop rotational diversity can undermine resilience to stressful conditions, possibly contributing to the observed increases in weather sensitivity of central U.S. corn production.”

The findings have profound implications for climate change as well. “Increasing crop rotation diversity could help mitigate the impacts of more frequent and intense droughts and heat waves that will likely affect corn production, farmers’ livelihoods, and the food system,” says Stuart Grandy, associate professor of natural resources at the University of New Hampshire and co-author of the study. “Systematic approaches to environmental sustainability and yield resilience like diversifying crops are a central component to reduce risk and should inform agricultural policies."

Adapted from a press release on the University of New Hampsire website.