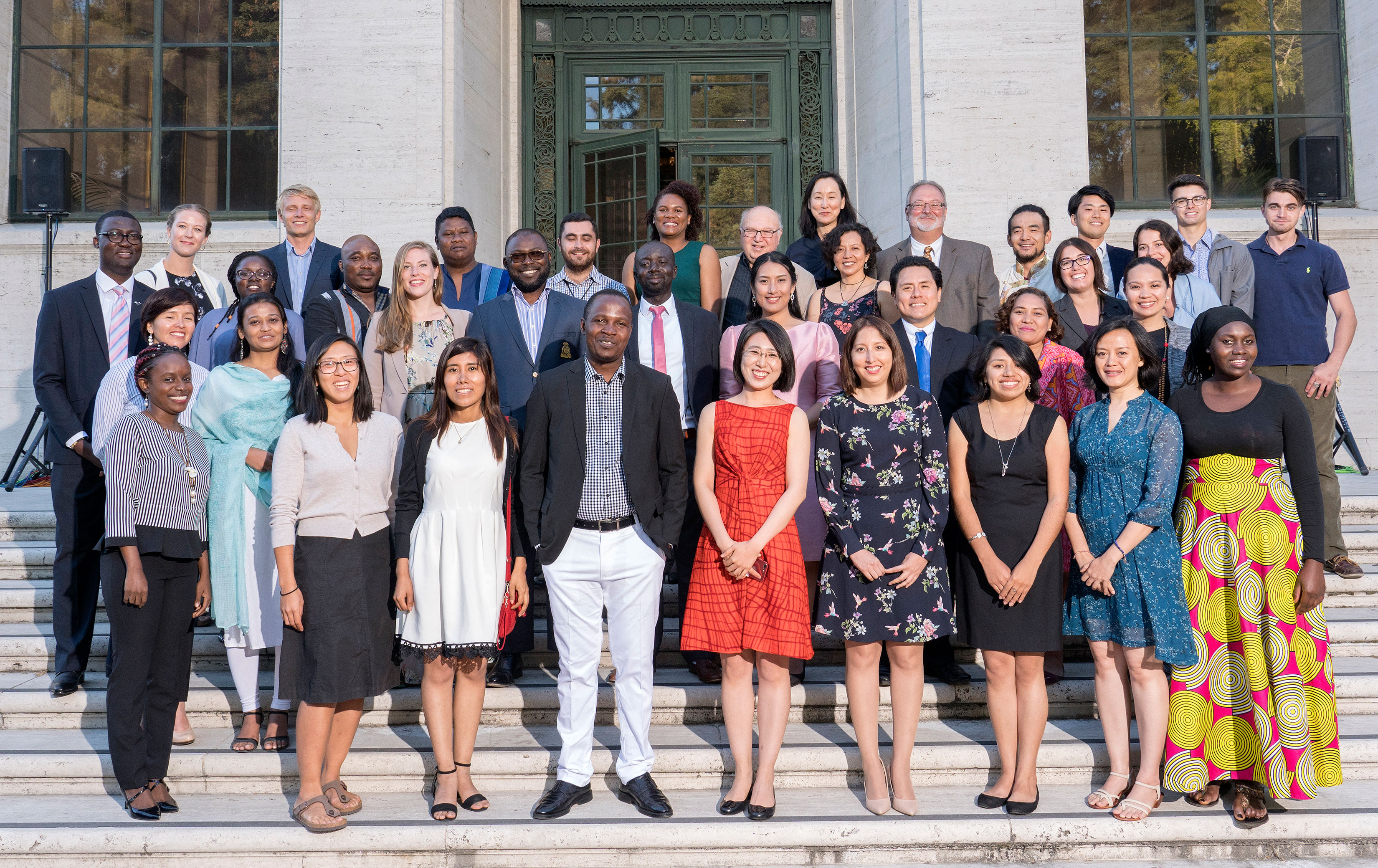 This year, the Beahrs Environmental Leadership Program (Beahrs ELP) celebrates 20 years of impact. The program was launched in 2000 under the academic leadership of Professor David Zilberman, winner of the 2019 Wolf Prize in Agriculture, and it became one of the first of its kind to offer practical training to environmental leaders using an interdisciplinary lens. From the beginning, the program and its radical mission has been guided by Zilberman’s foresight and conviction. Even in its first year, when climate change was still being debated in academia and scarce in the public discourse, the Beahrs ELP focused on the looming impacts of climate change.

Since 2000, the program has trained over 702 mid-career environmental and sustainable development specialists from over 113 countries through an innovative, rigorous curriculum. It uses lectures, site visits, case studies, and panels to prepare the Beahrs ELP participants to become successful environmental stewards. The program’s alumni have come from private and public sectors as well as multilateral agencies, including United Nations programs, food and agricultural organizations, and international NGOs such as the Nature Conservancy and World Wildlife Fund. Alumni also include professors and extension specialists from academic institutions, and numerous graduates of Berkeley and other UC campuses have returned to participate in the program.

After the program ends, Beahrs ELP alumni not only go back to their home institutions to implement the skills and tools they acquired from the program, but also go on to collaborate with other alumni. The alumni collaborations sometimes cross cohort groups. For example, since 2016, Moldovan alumnus Alexandr Iscenco (ELP 2013) and Australian alumnus Ivan Low (ELP 2016) have worked together to create the Eco-hackathon, a national competition meant to address a variety of environmental issues. The Beahrs ELP has graduated two alumni who went on to become Goldman Environmental Prize winners, and it has supported over 60 joint projects between ELP alumni and Berkeley faculty.

The impact of the Beahrs ELP goes beyond its program and alumni. During its 10th year anniversary in 2010, the ELP advisory board met to review the program and discuss its future. One of the ideas put forth during this conversation was to develop a master’s degree program, leading to the creation of Berkeley’s Master of Development Practice (MDP) program in 2011.

In 2015, due to the celebration of the US National Park Service Centennial, former Director of US National Park Service Jon Jarvis came to teach in the program. One alum worked with Jarvis to develop the unique program for the leadership of the China national parks, which was held in September 2019. And the collaboration the Beahrs ELP has with Costa Rica’s Earth University, which has been supported by the Mastercard Foundation, led to Berkeley’s current $500 million Mastercard Foundation fellowships to students from Sub-Saharan African nations.

The Beahrs ELP has also supported a number of collaborative projects between Haas School of Business’s International Business Development and ELP alumni, such as Revolution Foods, which serves two million meals per week nationwide, and the MBA team’s marketing materials for national parks in Southeast Asia, among many other projects. Additionally, there are spontaneous alumni get-togethers occurring at global climate negotiations and other high-level governmental conferences.

The program today is still guided by Zilberman’s leadership, as well as that of Dean Emeritus and Professor J. Keith Gilless, and George Pardee Jr. Professor of International Sustainable Development Max Auffhammer. These three faculty directors form the intellectual core of the program, while Assistant Dean Mio Katayama Owens manages the program and works with alumni. The team continues to work closely with faculty and Berkeley leadership to ensure the ongoing success of the Beahrs ELP and looks forward to the next twenty years.

Learn more in this announcement by Chancellor Christ.

“Diversifying into storage is something that we need everywhere,” says @ERGBerkeley professor @dan_kammen, discussi… https://t.co/zJI83ErUh3