A new study led by researchers at the University of California, Berkeley, and Resources for the Future (RFF) estimates that the social cost of carbon — a key metric for evaluating the future cost of climate change — is more than three times the value currently used by the U.S. federal government. 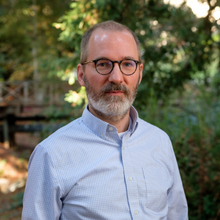 The study, published today in the journal Nature, finds that each additional ton of carbon dioxide emitted into the atmosphere costs society approximately $185 per ton, which is 3.6 times the U.S. federal estimate of $51 per ton. A higher social cost of carbon indicates that reducing greenhouse gas emissions is likely to reap greater social and economic benefits than previously believed, and could be used to justify more stringent climate policies.

“The social cost of carbon is the vehicle by which the work of thousands and thousands of climate scientists is incorporated into the regulatory process,” said study senior author David Anthoff, an associate professor in the Energy and Resources Group at UC Berkeley. “Our team applied the latest socioeconomic projections, climate models and risk evaluation methods to create an estimate that better reflects the true costs of climate change.”

Policies that limit the amount of carbon dioxide released into the atmosphere are often costly in the short-term, but ultimately benefit society by reducing the devastating impacts of climate change. Governments around the world use estimates of the social cost of carbon and other greenhouse gasses to weigh the costs and benefits of these policies.

“Our estimate, which draws on recent advances in the scientific and economic literature, shows that we are vastly underestimating the harm of each additional ton of carbon dioxide that we release into the atmosphere,” said RFF President and CEO Richard G. Newell, who co-authored the study. “The implication is that the benefits of government policies and other actions that reduce global warming pollution are greater than has been assumed.” 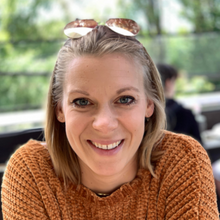 To conduct the study, Anthoff and study first author Kevin Rennert, an RFF Fellow, brought together a team of leading researchers in climate science, economics, demography and statistics to create a new integrated assessment model (IAM), the type of model used to estimate the social cost of carbon. The effort included developing a new software package, Mimi.jl, and using that platform to build the new model.

The research team included two current and two former graduate students from the Energy and Resources Group. Lisa Rennels, a doctoral candidate in ERG and a lead developer of both Mimi.jl and the new model, said it is “crucial” for climate policy to be rooted in the latest available science. “The SCC is a key policy metric that makes it possible for decision makers to account for the effects of climate change,” she added. “Our team also emphasizes that characterizing uncertainty and promoting model transparency are key practices for supporting such decision makers." 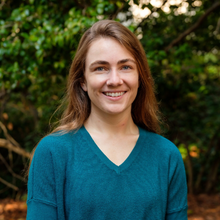 Frank Errickson, PhD ’20 ERG, was another lead developer of the new IAM, with key contributions made to the climate and sea-level rise components, and Richard Plevin, PhD ’10 ERG, was a core developer on the software package used to build the model. Co-author and current PhD student Cora Kingdon has been involved in SCC work for many years: She first worked as a software developer with Anthoff through the Undergraduate Research Apprentice Program as an undergraduate at Berkeley majoring in environmental economics and policy. After graduation, she joined RFF as a research assistant before returning to campus for graduate studies. "Being part of this team both at Berkeley and RFF was an incredibly formative experience for me as an early-career researcher,” said Kingdon. “Working alongside so many distinguished scientists, economists, and policy makers was an invaluable opportunity to participate in policy-relevant interdisciplinary research, and ultimately guided my path back to the Energy and Resources Group.”

The new model uses state-of-the-art methodologies to calculate the probabilities of different socioeconomic and emissions trajectories, and projects the impacts of these changes on the global climate system. It then assesses the effects of climate change on agriculture, extreme heat, energy expenditures and sea-level rise. The estimate also incorporates an updated approach to ‘discounting,’ which helps compare current costs with those that might be incurred in the future.

“The previous generation of models that computed the social cost of carbon had fallen behind the climate science,” said Anthoff, who with Errickson and other colleagues authored a 2021 study of the social cost of methane. “We spent a lot of time ensuring that the new model is completely in line with the latest natural climate science, and incorporating new estimates of the economic damages and risks associated with climate change.”

Notably, the new model incorporates key recommendations from a 2017 National Academies report; A federal interagency working group on the social costs of greenhouse gases, disbanded during the previous administration but reestablished by an executive order from President Biden, is also updating its social cost of carbon estimate using these recommendations.

In addition to the new estimate, the team has also published the Greenhouse Gas Impact Value Estimator (GIVE) model, which provides a transparent and accessible way for interested parties to view and build upon the data. The researchers are also releasing a new data tool, the Social Cost of Carbon Explorer, which demonstrates the mechanics of the GIVE model and allows users to develop their own social cost of carbon estimates.

“Our hope is that the freely available, open-source GIVE model we’re introducing today forms the foundation for continuous improvement of the estimates by an expanded community of scientists worldwide,” Rennert said. “A completely transparent methodology has been a guiding principle for our work, which is also directly relevant to other greenhouse gases such as methane and nitrous oxides.”

Anthoff emphasized that the diverse expertise of the paper’s authors stems from the multi-faceted nature of the research. “Estimating the social cost of carbon requires inputs from many academic disciplines,” he said. “When we started this project, we knew that we would only succeed by assembling a team of leading researchers in each discipline to contribute their expertise. I am especially proud of the all-star group of researchers across so many leading institutions that jointly worked on this paper.”

Learn more about the model at Berkeley News and the Resources for the Future website.