January 13, 2009
Researchers CNR have identified a new enzyme that plays a far more important role than expected in controlling the breakdown of fat.

December 12, 2008
A study prepared by Berkeley Economic Consulting, under the direction of David Sunding, professor of Agricultural and Resource Economics, outlines the statewide economic and water supp 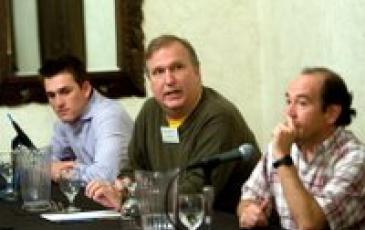 Sustaining the Harvest: Creating Fine Wines on a Warming Planet

December 12, 2008
On Dec. 11, CNR hosted "Creating Fine Wines on a Warming Planet," a panel discussion on the future of the wine industry in the face of global warming.

December 03, 2008
An anti-cancer compound found in broccoli and cabbage works by lowering the activity of an enzyme associated with rapidly advancing breast cancer, according to a

The staggering cost of climate change quantified for California

November 18, 2008
Hot on the heels of a report demonstrating the economic opportunities available to California if it invests in policies to address climate change, ARE adju 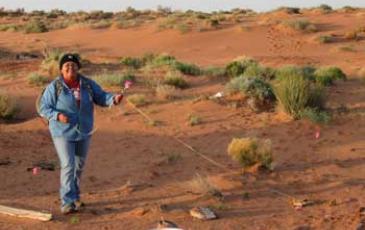 Collaborative Research on the Navajo Reservation

Blowing sand moves across the landscape, coloring the sky with an eerie reddish hue. Sand dunes move, as if alive, slowly but surely burying homes, corrals, feeding stations and pasture lands that lie in their path.

October 30, 2008
University of California scientists have received a five-year, $4 million grant to study the biodiversity of fungi, bacteria, plants, insects and vertebrates on the Indonesian island of Sulawesi, a southeast Asian island threatened by the loss of bio

October 20, 2008
From the New York Times: "California’s energy-efficiency policies created nearly 1.5 million jobs from 1977 to 2007, while eliminating fewer than 25,000, according to a study to be released Monday."

October 17, 2008
Global warming is causing major shifts in the range of small mammals in Yosemite National Park, one of the nation's treasures that was set aside as a public trust 144 years ago, according to a new study by University of California, Berkeley, biologis

September 29, 2008
Even when it was just an idea, Professor Dara O'Rourke's plan to deliver environmental, social responsibility, and public health information about consumer products directly to shoppers was 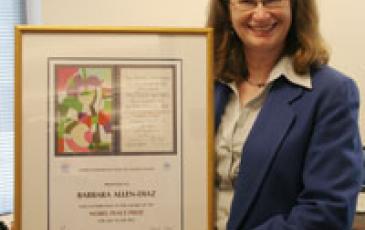